Donald Trump’s relationship with his children has been a subject of intense scrutiny for several years now.

As far as we can tell, the family dynamic breaks down like this:

Ivanka is the obvious favorite, and in a more permissive time and place, she would likely wind up replacing her father’s mysteriously-slain wife in an ill-defined role, after Milania was snuffed out in a nefarious plot straight out of Shakespeare or George R.R. Martin.

Don Jr., of course, is his father’s right-hand man and future fall guy, and as much as the sight of his shaved ferret visage might cause your lunch to rise in the back of your throat, the thought of him still defending his dad in his third or fourth year of sporting a county orange jumpsuit should give you a chuckle.

Eric — what can we say about Eric that hasn’t already been said about Lenny in Of Mice and Men?

He might mean well, but he should not be trusted around children or small animals.

Barron is just trying to maintain, and we very much look his Mommie Dearest-esque memoir about his years in the White House.

And then there’s Tiffany — the most mysterious of the Trump children.

For the most part, Tiff managed to keep a low profile during the years in which her father transitioned from harmless reality TV punchline to dangerous demagogue punchline.

Prior to that transformation, Tiffany tried to make it as a singer, but she was held back by uncertainty within the music industry and the fact that she’s utterly lacking in anything resembling talent.

In the year’s since her father rode a wave of white supremacist furor — sorry, "economic anxiety" — to the White House, Tiffany has been embroiled in the occasional mini-scandal here and there, but it’s usually just the usual gross nonsense we’ve come to expect from her dad, such as the time video emerged of Donald discussing Tiffany’s future breasts when she was a baby.

(Again, the remnants of your most recent sandwich burbling up to your uvula is the appropriate response here.)

It’s great for Tiff that she’s been able to distance herself from her sundowning dad, but the reason he’s allowed her to do so is undeniably sad.

The nature of their tempestuous relationship was essentially confirmed this week when a White House assistant named Madeline Westerhout made some off the record comments about Tiffany at a New Jersey golf club while in the company of reporters.

“She had a couple drinks and in an uncharacteristically unguarded moment, she opened up to the reporters,” one insider told Politico.

Specifically, Westerhout claimed that the president does not like to be photographed with Tiffany due to the fact that he considers her overweight.

Westerhout was promptly fired for her comments, and Trump refuted the claim while speaking with reporters over Labor Day weekend.

"I love Tiffany," the president said, adding that she’s “great person," which might be the most half-assed fatherly sentiment in history.

Donald added that Westerhout’s comments are “absolutely false” and “hurtful.”

"While Madeleine Westerhout has a fully enforceable confidentiality agreement, she is a very good person and I don’t think there would ever be reason to use it," he later tweeted.

"She called me yesterday to apologize, had a bad night. I fully understood and forgave her! I love Tiffany, doing great!"

You know he had to cut himself off before adding:

"I’m a very Forgiving President, folks. I forgive my Daughter for being fat, really just tremendous forgiveness all around. #ChosenOne" 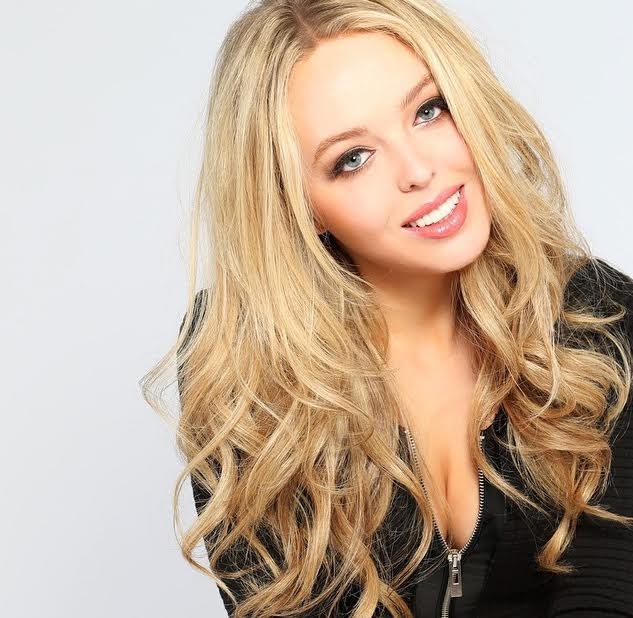 Tiffany Trump: The Donald’s Daughter is Hotter Than His Temper!