Jenelle Evans is not satisfied.

… because one key member is missing.

On Wednesday evening, we were among the first outlets to report that Jenelle and her biogted husband, David Eason, had regained custody of Jenelle’s two youngest kids and Eason’s daughter from a previous relationship.

The trio of youngsters had been removed by Child Protection Services after Eason admitted to killing the family dog and a judeg decreed that the controversial couple was not maitaining a safe environment for its kids.

This took place on May 28 and Evans had spent the past few weeks in and out of court, fighting for the return of her kids.

We recapped yesterday’s custody decision and the preceding scandal below: 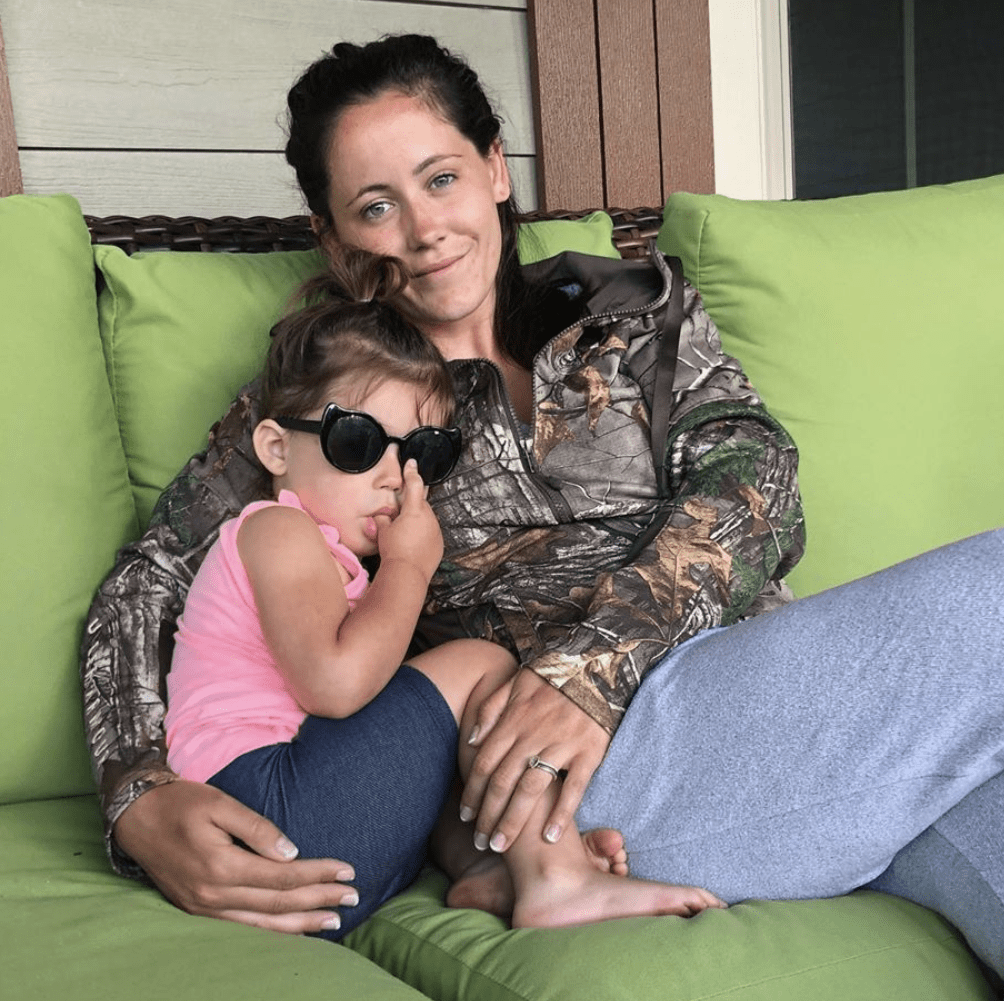 Jenelle Evans: I’m Getting My Kids Back!

"I am ecstatic to regain custody of my kids back!" Jenelle told E! News shortly after the judge reached his latest decision, adding last night:

"Through out this long process and final decision, I am excited to be moving forward and continuing to show America I’m a good parent."

This will likely take a lot of convincing, considering all America has seen Jenelle do and say over the years.

But Jenelle told Champion Daily after the hearing that the public has the wrong image of her and Eason, explaining that there’s no proof out there at all that they’re kids are being raised in any sort of dangerous home.

"[The judge] didn’t find any evidence against us of neglect or abuse of any sort,” Evans now says.

She went on to say that Ensley and Kaiser’s teachers described in court how the couple “were as parents for the past two years," that this helped paint a positive picture of the couple and:

“With everything that was presented as evidence, the judge found that CPS only had ‘hearsay.’ What CPS presented didn’t stand up to the definition of abuse or neglect.

"When the judge said her decision it was so ‘matter-of-fact’ tone and blunt that I was in shock but bursted out into tears immediately!”

As of 10 a.m. EST on July 4, Ensley and Kaiser were ordered to be returned to Jenelle’s home in North Carolina.

What about nine-year old Jace, however?

He’s been living with his grandmother (and Jenelle’s mother) for a long time now; Barbara Evans is his legal guardian and Jenelle is only permitted to have supervised visits.

(She also recently called 911 to ask for a welfare check on the children living under her mom’s roof.)

On a roll with the court now, however, Jenelle says she’s determined to change this arrangement.

She noted last night that she’s focused on building a stronger relationship with Jace and is then “planning on getting full custody.”

Moreover, Jenelle and Eason are attending “parenting classes and substance assessments” in order to better themselves.

Earlier this year, MTV cut ties with Evans following the dog killing incident… but Evans says she is just ready to focus on the improving both herself and her reputation as a whole.

“I just want to be home with my kids and hear them arguing, hear ‘Mom, I want a snack,’ or hear ‘Goodnight, I love you,’” she told Champion Daily, concluding:

“I missed it so much and so glad to have that back.”

For the sake of these very young children, let’s hope she means that.