Long before Tristan Thompson repeatedly cheated on Khloe Kardashian, he devoted all of his attention to being a sh-tty boyfriend to Jordan Craig.

Jordan is the mother of Tristan’s first child, born after his relationship with Khloe was already in full-swing.

So even though the Cleveland Cavs star went on to have a whole ‘nother relationship after he dumped Craig — complete with a kid and multiple cheating scandals! — the breakup is still relatively recent.

And why is any of this relevant?

Well, it wouldn’t be, were it not for the fact that Tristan is apparently still hung up on Jordan.

Earlier this week, Jordan posted some bikini pics on Instagram:

It wasn’t long before Tyga himself liked each and every one of her photos.

You may remember Tyga as the guy who tried and failed to become a famous rapper and/or Kylie Jenner’s baby daddy.

Now, it seems he’s taking a page from Blac Chyna’s playbook and doing whatever he can to remain in the Kardashian’s orbit.

"Tristan is furious after he was told by a friend that Tyga was creeping on Jordan’s social media," a source close to the situation tells Hollywood Life.

"Tristan considers Jordan family, and he does not want Tyga to date her, slide into her DMs, to use her, or to break her heart."

Yes, according to the insider, the problem is not that Tristan is jealous — it’s that he’s wary of people like Tyga using his ex to gain exposure.

"Tristan is protective of Jordan, just like he is with Khloe, even though he knows he has made big mistakes with both of exes," says the source.

"He knows enough about Tyga to feel like he needs to back off."

We’re not totally sure we buy that excuse.

Don’t get us wrong — Tyga is exactly as thirsty as Tristan suspects, and we feel like he would slide into Betty White’s DMs if he thought it would help his career.

But is that really the reason that Tristan wants Tyga to back off?

Call us cynical, but we have a hard time believing that the guy who banged a bunch of groupies while Khloe was carrying his child is suddenly deeply concerned about the emotions of his baby mamas. 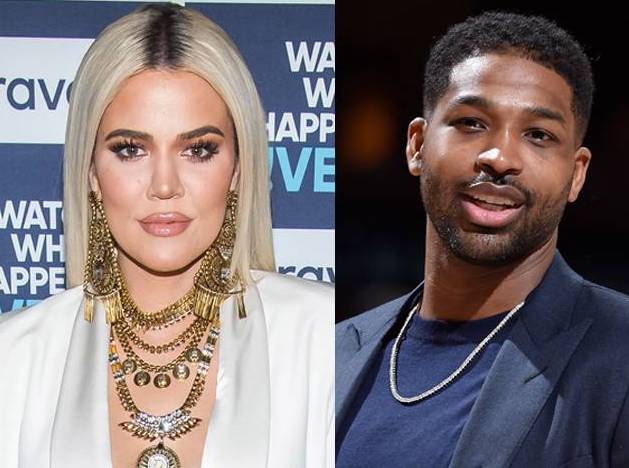