A couple of years ago, Danielle Mullins’ life was so full of drama that she almost singlehandedly put 90 Day Fiance on the proverbial map.

Recently, she’s been much quieter, thanking her fans for support but otherwise staying out of drama.

It turns out that she has a mystery man in her life. But who is he?

Instagram is great for cute family photos and for thirst traps, but it’s also an ideal place to hold Q&A sessions.

Recently, Danielle Mullins answered a number of fan questions, including whether she’s using any dating sites at present.

"NOOOO," Danielle assured her fans. If you see her on a dating site, it is someone else.

"whether she was seeing anyone and how it was going.

"And," she added. "It is going so good because it is private."

Despite her desire for privacy, Danielle spoke to In Touch Weekly about her mystery man.

"He had reached out to me and Mohamed both during our first season of 90 Day Fiance," Danielle begins.

At first, it was merely a friendship, and Danielle notes that "we stayed in contact after me and Mohamed split."

"He was there for me and my kids after Mohamed left," she expresses.

One day, however, that platonic friendship blossomed into something more romantic.

"He approached me and did a hypothetical scenario," Danielle describes.

Danielle explains that he did so by "[saying], ‘What if there was someone who would love you, support you, and be there for you?’"

He response is heartbreaking.

"When he first did the hypothetical, I cried. …" she reveals.

Sometimes, people can convince themselves that they are undeserving of love or even that no one could truly love them.

Danielle shares that she was taken aback by his interest "because he is educated in the profession of teaching."

That is a sad mindset, and we think that it speaks to a self-image that was unhealthy long, long before she ever met Mohamed Jbali.

Speaking of this mystery man, Danielle shares: "We are still together."

Danielle has not been on any actual 90 Day Fiance series for some time.

Though 90 Day Fiance: What Now? segments sometimes cover stars who have broken up since leaving the show, they’re not covered.

We have longed for a series that covers the "aftermath" of a failed relationship, or a "matchmaking" show where stars try dating each other.

Alas, none of the five spinoffs matches either description. But maybe one day, that will change.

Danielle has shown up to 90 Day Fiance events, as you can see in the photo above, where she stands beside Jay Smith and Ashley Martson.

Their relationship has proven to be as ill-fated as her own erstwhile marriage to Mohamed Jbali.

Danielle has her mystery man.

Mohamed is living and working in Texas and has displayed zero interest in becoming a reality star again.

Why, fans continue to ask her, does she keep going by Danielle Jbali on social media?

One, she would like for people to stop asking. She is so, so tired of that question.

Two, not that it’s anyone’s business, but getting a legal name change is expensive and time-consuming.

Three, they were married. Plenty of people keep their married name after a divorce. 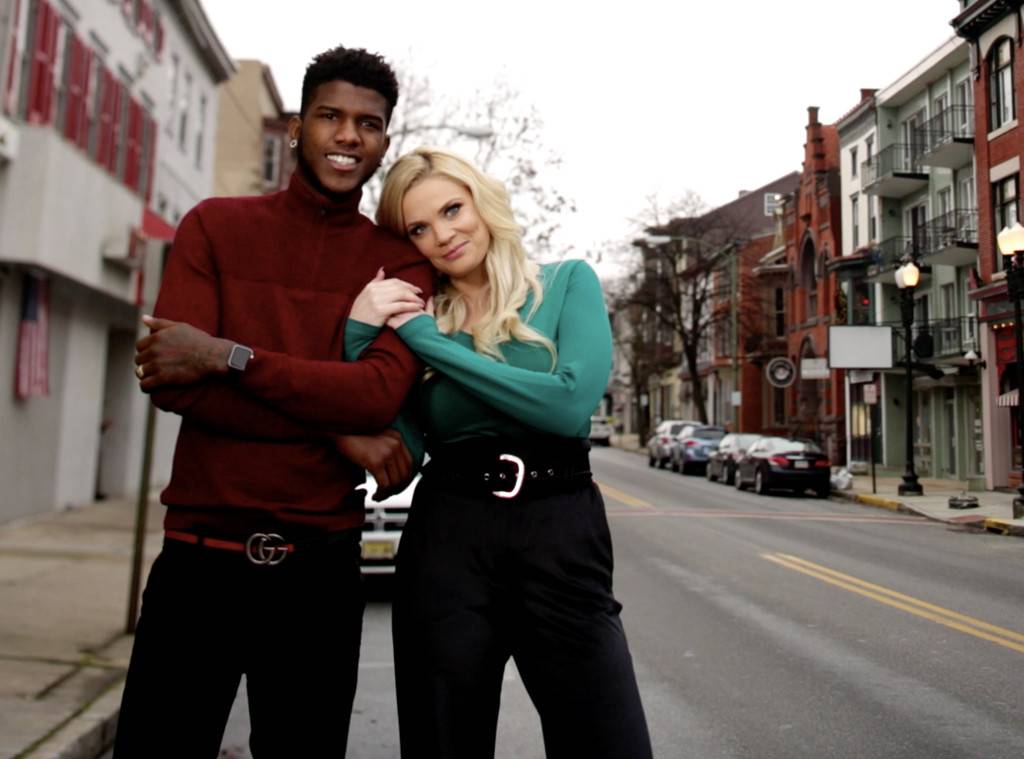 90 Day Fiance Happily Ever After Spoilers: Season 4 Tell All Predictions