The Bachelor stars Arie and Lauren Luyendyk are first-time parents after welcoming their first child, a baby girl!

That’s right – we have another Bachelor baby to obsess over!

"We have a healthy, BEAUTIFUL baby girl," the former Bachelor wrote to his Instagram Story Wednesday evening after a long night spent at the hospital.

"Mommy and baby are doing great, we are so incredibly happy."

And while we have yet to see a picture or learn of the baby’s name, Arie did share some important (but not so fun) information of the newborn.

Arie, 37, and Lauren, 27, who’ve been extremely open with their pregnancy via their social media accounts, teased the arrival of their baby by sharing that Lauren went into labor Tuesday night.

Lauren also took the time to document her hospital experience to her Instagram Story, ridiculing her husband for taking too long to find a parking spot as he carried all their bags inside.

But the couple seemed to be in high spirits — Lauren even hilariously pushed Arie around in a wheelchair in the hallway of the hospital.

Around 1 a.m. ET Burnham’s contractions were just two minutes apart and according to Arie she was "doing great!"

At 5 a.m. she was given an epidural and Arie, once again, reported that everything was "going smoothly."

After months of baby bump photos, an extravagent babymoon in Bermuda, and several ultrasound updates later — the happy couple finally welcomed the new addition to their family.

And if you’re wondering how you can stay up to date on the famous duo’s baby girl — well, look no further than Instagram!

Yes, the one-day-old already has an IG account and yes, she already has over two hundred thousand followers.

@babyluyendyk is going to have a fabulous life. No doubt.

"Nothing compares, absolutely nothing compares to the moment you find out you’re going to be a dad!" Arie shared when he first announced his wife’s pregnancy.

It seems baby Luyendyk arrived earlier than expected… but I don’t think anyone was too upset about it.

Back in Novemeber, according to E!, the TV couple opened up about what they envisioned parenthood to be like.

"We’re kind of basing it off of how we parent our dogs," Lauren added.

Arie, who is famously known for holding one of the most controversial Bachelor seasons yet, proposed to Lauren on an After the Final Rose special back in March 2018.

The two immediately bought a beautiful house together in Scottsdale, Arizona and then tied the knot in Hawaii back in January.

And now, they are proud parents to a sweet baby girl! Congrats! 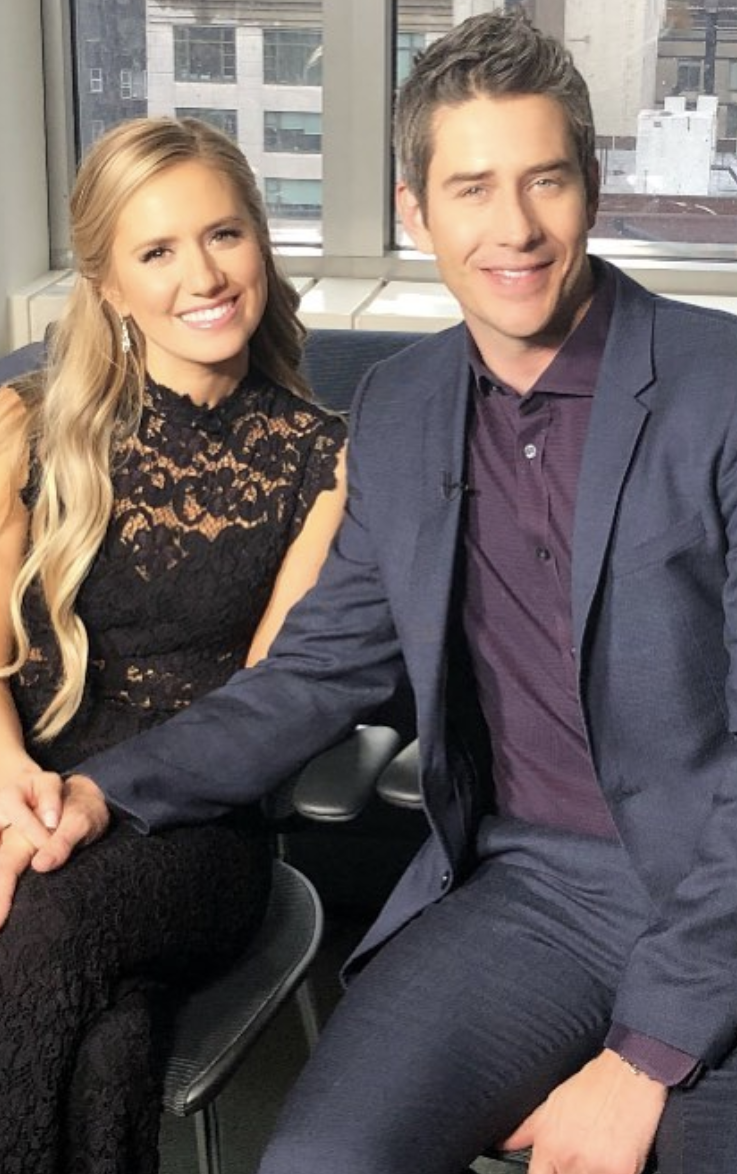