Perhaps no participant in the 16 and Pregnant/Teen Mom franchise has been as candid and forthright with viewers as Kailyn Lowry.

On TV, on social media, and in a series of bestselling books, Lowry has laid her life bare and shared all with her legion of loyal fans.

But even Kail has her limits with regard to what sort of private information she can comfortably make public — and it seems she reached her breaking point during her relationship with Chris Lopez.

Lowry became pregnant with her third child while dating Lopez, and for a time, she attempted to keep both the pregnancy and the relationship under wraps.

Obviously, this strategy wasn’t effective for very long, and soon, Kail found that one of the most challenging periods in her life was playing out on a public stage.

Now, Kail is opening about that chapter in her life like never before in her new memoir, Letters of Love:

In an exclusive excerpt obtained by Radar Online, Kail reveals that she and Lopez worked hard to make the relationship work for the sake of their son, Lux:

"We tried to get back together and work things out, but it only lasted about a month," Lowry writes.

"After that time of being together, we didn’t speak for a period of eight months."

Lowry goes on to describe a difficult time post-breakup, during which Lopez "hurt [her] in so many ways."

"I’ve had my bedroom window broken while the baby was asleep with me in the room," Lowry writes.

According to Kail, all of this happened during the first six weeks of Lux’s life, a time during which Lopez also got into the habit of trashing her on social media:

"I’ve had sh-t said about me told to my children," she writes.

"I don’t care if the kid is six weeks old or six years old, a dad should not talk about the mother of his child."

While the relationship between Lowry and Lopez seems to have improved in recent weeks, Kail says there was a time when Chris simply refused to be a father:

"I’ve been left to take care of everything," she writes.

"I kind of knew this would be a possibility but I guess I just wanted to be proved wrong. Because I can be totally responsible for our child doesn’t mean that I should take care of everything."

Fortunately, Kail and Chris seem to have worked out a co-parenting relationship that works for both parties.

The pair recently collaborated on Lux’s first birthday party, and they seem to have ceased trash-talking each other on social media.

Thus far, Chris hasn’t commented on Kail’s book, but we’re assuming he won’t be offering up a rave review.

After all, this is the same guy who burned Lowry’s last book. 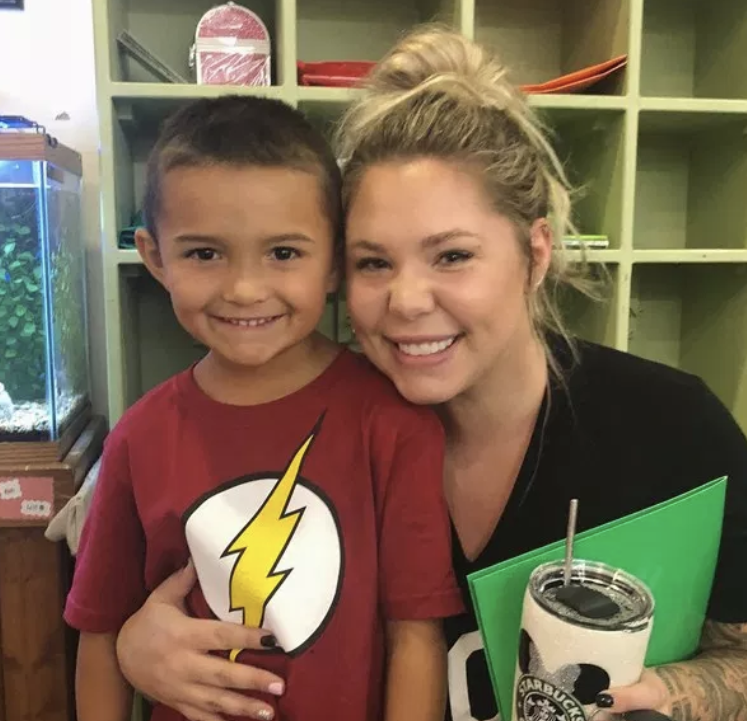 Kailyn Lowry Admits: I Nearly Gave My Second Son Away!