It’s only been two months since Kailyn Lowry welcomed her third child, but the Teen Mom 2 star seems to live her life in a constant state of flux, so it should come as no surprise that a lot has changed since the birth of little Lux.

We didn’t mean to rhyme, but as you may have heard, the name of Kailyn’s baby has attracted a lot of attention on social media for a number reasons.

For one thing, Lux Russell is just not a moniker that you hear every day.

On top of that, Kailyn decided to give her baby the last name Lowry, a move that many interpreted as a diss directed toward the baby’s father, Chris Lopez.

Now, it looks as though Lopez is among those who believe Kailyn was throwing shade when she opted to give the kid her own last name.

Maybe it’s the fact that Kailyn is dating Dionisio Cephas these days, or perhaps relations between Kail and Chris simply deteriorated slowly over time, but Lopez’s recent social media posts make it clear that Lux’s parents are not getting along.

Earlier this week, Chris posted this photo, with a caption reading, "I guess this is a new chapter…"

That may seem relatively innocuous, but several fans have pointed out that he appears to be burning a copy of Kailyn’s memoir, Hustle & Heart.

The same day, Lopez posted a snippet from a music video by the rapper Don Trip.

The portion of the song on Chris’ Instagram page features the following lyrics:

"No pity for a G, even though I got a son that I barely get to see/I see him for a hour, after that he gotta leave/on top of that, I only get to see him once a week."

In case there was any doubt that Lopez was indirectly referring to his situation with Kail, he captioned the clip "Isn’t this a great song," along with the frog/tea emoji combo.

On top of all of that, Chris has been using the hashtag "YouALopezRegardless" on photos of Lux.

Interestingly, Kailyn was initially worried that Lopez wouldn’t want to play a role in his son’s life and that she would have to sue in order to get him to acknowledge paternity.

It seems that certainly didn’t turn out to be the case.

In fact, it looks as though Chris wants to spend more time with his son than Kailyn is allowing.

We get the feeling that one way or another, these two will face off in court eventually.

Watch Teen Mom 2 online for more on the tumultuous life of Ms. Lowry. 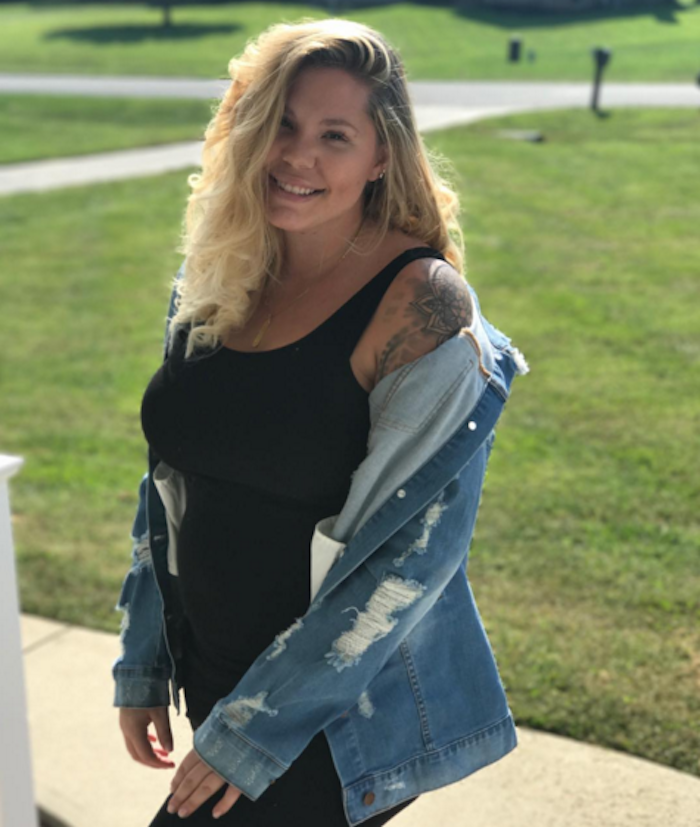