Chelsea Houska and husband Cole DeBoer took Instagram followers by surprise on Thursday night when they confirmed they’re expecting their second child together.

"…GUESS WHAT!" Chelsea wrote to open her exciting announcement, which included a photo of her latest sonogram.

She then answered her own quasi question as follows:

"A sweet baby girl will be joining the DeBoer clan in a few short months! We could not be more excited"

DeBoer also shared the special image below and wrote as a captionto it:

“This proud dad is getting a new Bow and it’s nailed my heart @chelseahouska."

(Due to all the scandals surrounding Lind, there’s been chatter that Cole may one day adopt Aubree, but this is yet to actually happen. We’ll keep readers posted.)

This happy piece of news arrives just over five months since the couple celebrated its second wedding ceremony, an occasion that made it clear just how stable and happy Chelsea and Cole actually are together.

"Yesterday was absolutely incredible," Chelsea wrote at the time, adding:

"We got to celebrate our marriage with all the people we love and had a fricken BLAST. I love this man @coledeboer."

The pair wed in October of 2016 and have somehow managed not to cause any controversy ever since, a rarity among Teen Mom twosomes.

They also shared their joy over Watson turning a year old in January via a number of adorable photos and this cute message from Chelsea:

"MY LITTLE BUDDY IS ONE! He’s the easiest, sweetest, cuddliest little boy in the whole world and we are so grateful for him!

"He loves his sissy the most and he loooves pointing at everything and saying ‘dat’… we love you sweet boy!! @coledeboer."

In response to Chelsea and Cole’s Instagram posts, a fellow Teen Mom jumped on Twitter to send a note of congraultions.

Kailyn Lowry, who has three sons, wrote the following to Chelsea on her social media account:

Despite just welcoming a child last year, Chelsea admitted on an episode of Teen Mom 2 last August she was ready to get pregnant once again.

Simply watching one child in action made her yearn for another child.

“Doesn’t this give you baby fever? Doesn’t it?” Houska asked her husband as she smiled as their son wiggling on a blanket.

“Yeah! By next year I was thinking we could probably have three,” Cole replied.

“I’m serious,” she said. “Do you think by next year we’ll have another one?”

Turns out, both stars were correct!

They are having a baby this year and, we assume, they are ready for her!

Please join us in sending the very best wishes to Chelsea on a healthy pregnancy and to both parents on a happy and healthy baby. 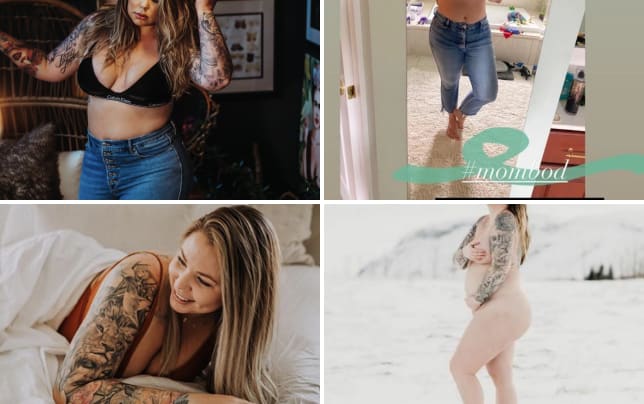