Say what you will about Farrah Abraham, the girl knows how to hustle.

She’s got more revenue streams than the Trump family, and she did it all without colluding with any foreign dictators … we think.

Granted, most of Farrah’s business ventures have something to do with her vagina, but you can’t fault her for cashing in on her most lucrative body part.

Farrah’s sex tape and the notorious plastic molds of her various orifices might get the most attention, but the 26-year-old has many other irons in the sex work fire.

Farrah has a high-profile holiday-themed gig coming up at Crazy Horse III in Las Vegas, and it seems she’s pulling out all the stops.

According to Radar Online, Farrah is requesting a number of big-ticket items in addition to her appearance fee, including, "neon panties and a vajazzle kit."

As you may know, Farrah underwent a vaginal rejuvenation procedure back in August, which means her hoo-ha-related expenses for 2017 are likely now in the six-figure range.

But hey, this woman knows you have to do what it takes to keep your star player happy.

Unexpectedly, the rider for her Crazy Horse gig also reveals a selfless side of Farrah, as she reportedly requested $3,000 in "Diamond Dollars," a sort of club-issued currency that she can use to tip her fellow strippers.

Yes, the Crazy Horse chain of strip clubs prints its own money.

Our advice? Forget that Bitcoin nonsense and invest all your savings in Crazy Horse Diamond Dollars.

We’re kidding, please don’t do that.

Yes, Farrah wants her bosses to pay for some sort of gold potion that will apparently make her breasts more stage-ready.

Imagine being hired for any sort of job and telling your new boss that in addition to your fees you’re gonna need a teacher’s salary worth of boob goo.

It might be the va-jay-jay that she’s cashing in on, but what’s really impressive about Farrah is her balls. 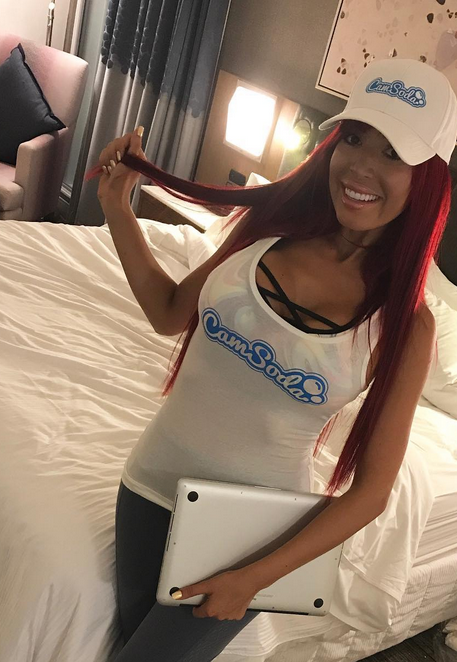