Ferrari has sent a very clear and very explicit message to Rob Kardashian:

The random rapper – who has sky-rocketed to viral fame in the last 24 hours, ever since Rob called him out as one of the men with whom Chyna recently slept – just issued a harsh shot across Kardashian’s sensitive bow.

In both images, the reality star is lying in bed alongside Ferrari, likely post-coital, and definitely wearing a couple pieces of jewelry.

One of the pieces is a $250,000 necklace that belongs to Ferrari… while the other is a bracelet reportedly purchased for Chyna by Rob.

As part of his lengthy rant against Chyna’s infidelity yesterday, Rob said the bed in which his ex-fiancee is lying in this photo below is also the one in which she and Rob conceived daughter Dream.

Insiders tell TMZ that the following image was snapped about a month ago, prior to Rob finding out that Chyna was sleeping with Ferrari behind his back.

How did Kardashian discover this dalliance was taking place?

Because Chyna apparently sent him a video on July Fourth of her and Ferrari being all cute and cuddly and getting to first base with each other.

In one social media message after another, Rob slammed Chyna as a liar and a cheater and a plastic surgery abuser and even as a drug addict.

Kardashian also shared a number of naked pictures of Chyna, showing the world her butt and boobs as evidence of body parts he paid to have altered.

He even posted a photo of Chyna’s vagina, alleging she had just sent it to him a few days ago as a form of seduction, not long before the two had unprotected sex.

Indeed, what began as a funny situation that most followers chalked up to just another Rob Kardashian-Blac Chyna beef has spiraled into something far more deranged and serious. 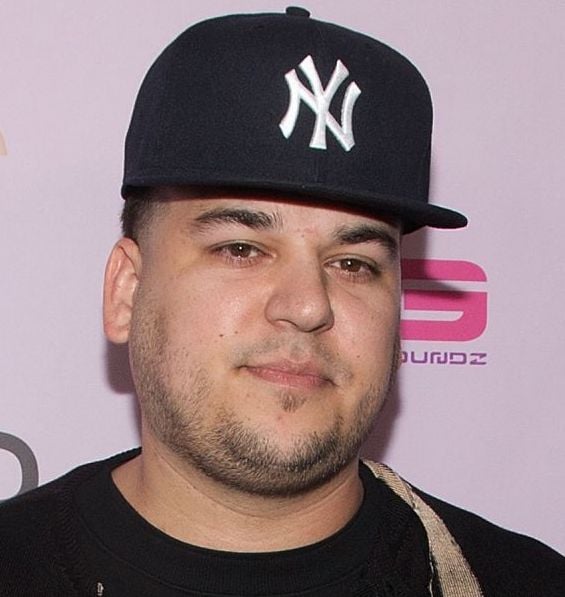 And this also raises a few questions about the lewd images Ferrari evidently sent to Kardashian.

Did Chyna approve of these pictures? If so, might she have a harder time challenging the illegality of the photos Rob shared?

We aren’t attorneys, but it would seem to make her case more challenging if she were to attempt to argue that Rob violated her privacy by exposing her lady parts to the Internet…

… yet she then gave Ferrari permission to do nearly the same.

Granted, there’s no actual nudity in these photos. And her privacy cannot be violated if she gave someone permission, which she most decidedly did NOT do with Rob.

Moreover, what if Chyna isn’t aware that Ferrari has taunted Rob with these sexual photos?

For her part, Chyna initially fired back at Rob by claiming he beat her, but then quickly deleted the Snapchat post that made this allegation.

She’s said nothing about the scandal since then, but she has updated her Instagram page with a couple of beauty product photos and links to the her website, LashedCosmetics.com.

It looks like Blac is trying to profit of this controversy, as she assumes folks will be visiting her Instagram page on the reg and is therefore directing them to one of her business ventures.

Kris Jenner may be angry at her near-daughter-in-law for what Chyna did to her son, but she has to silently be applauding Blac for this maneuver.