Filming for the upcoming season is still in the works, but The Bachelorette spoilers reveal who Rachel Lindsay picks as her final four suitors.

And, very possibly, who she has already picked as the winner.

Rachel doesn’t debut in the lead role until Monday, May 22.

But, if you know anything about the show, then you are well aware that The Bachelorette spoilers leak like a sieve throughout the spring.

Ever since Lindsay was named The Bachelorette – before she had even been eliminated from The Bachelor – speculation has run wild.

And, to the surprise of no one, Reality Steve (a.k.a. the Oracle of The Bachelorette spoilers) has been on top of this like Nick Viall on …

… well, anything that moves. Pre-Vanessa, of course!

As a result of his sleuthing, we can confirm that Rachel has already gone on hometown dates with her final four selections this season.

Ready to find out exactly who those lucky men are?

Lindsay will start the season with more than two dozen men vying for her heart, and 15 minutes of fame (there’s a thin line on The Bachelorette).

The fab four gents who make it to hometowns:

4. Peter Kraus (not to be confused with actor Peter Krause with an "E" of Sports Night, Six Feet Under and Parenthood fame).

When it comes down to the final three to take on overnight dates (read: Fantasy Suite sexiness), Rachel had to make a tough decision.

Which of them gets sent packing?!

Dean Unglert (above) is eliminated, but rest assured, he will be headed to Bachelor in Paradise this summer, according to Steve. How so?

Apparently, there’s a new Bachelor Douche Collective in L.A., where Robby Hayes, Chase McNary and Jef Holm are all living together.

You can’t make this stuff up … but you can move right next door to them if you’re Dean Unglert, which is a thing that is actually happening.

As for the final three of Eric Bigger, Peter Kraus and Bryan Abasolo, there may be a twist this season in terms of scheduling and format.

With Rachel’s sister pregnant, and her dad being a federal judge, they visited Lindsay’s home city of Dallas sooner, and not at her home.

As of last weekend, all three remaining men met her family, but at a home that wasn’t theirs (for security reasons is the going theory).

So who will win the final rose?

Or will it be Peter Kraus (below) or Bryan Abasolo (below him) who outlasts the rest and proposes with a Neil Lane ring at season’s end?

In fact, with the family meeting Peter Friday, Eric Saturday, and Bryan Sunday in Dallas, per Steve, it’s a bit unclear what the format is.

There is some speculation that the overnight dates took place there, though Dallas, Texas, doesn’t seem like the most romantic spot.

"Big D" jokes aside … come on. They would be giving Rachel the shaft compared to previous seasons and there’s no disputing that.

Besides, people would see them, so what we’re guessing is that the final two (whomever they may be) are now off to overnights instead.

Most likely, the destination will be somewhere international, where the social media obsession with The Bachelor franchise is negligible.

Sure, The Bachelorette spoilers get out anyway, but ABC would prefer it if there weren’t photo evidence and minute-by-minute live tweets.

Just a hunch there.

Again, it’s not clear who Rachel Lindsay chose as the final two, whether the exit of the third-place finisher happened in Dallas, or what.

Spain has been rumored as a destination for the final rose ceremony, or ceremonies, but that has yet to be confirmed as of this minute.

There’s a whole lot up in the air right now, and as the filming for the new season is still going on, even spoiler buffs have to be patient.

All we know is that we’re in for a great deal of drama, controversy, scandal and more when the show premieres two weeks from Monday.

When we know more, and we can bring you the spoilers revealing what else happens all spring and summer, we will do so on THG.

Take a look at the guys vying for her: 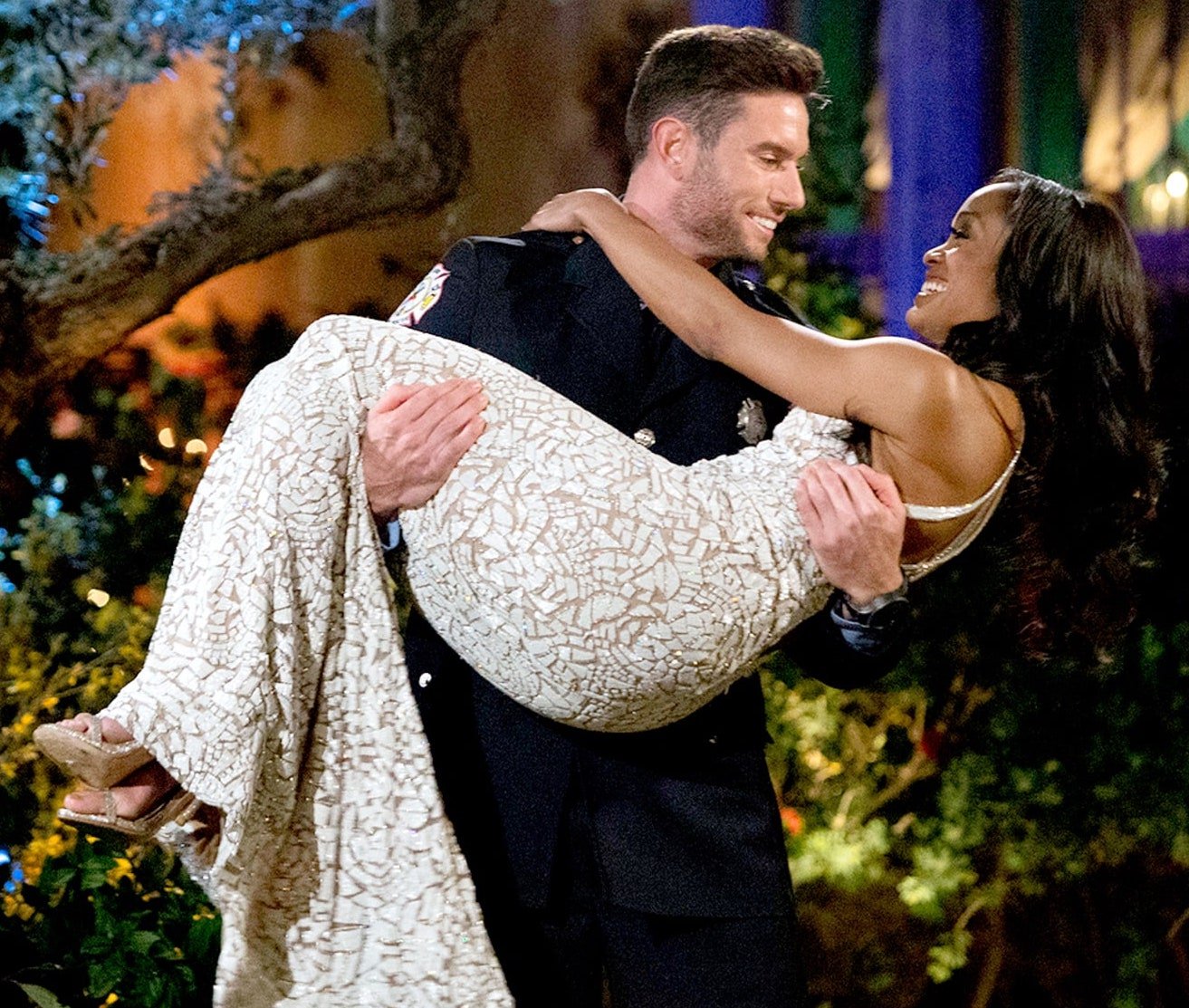 Spoilers aside, do you think Rachel and her future fiance (whichever among the final three it may be) have what it takes to make it to the altar?

UPDATE: The final rose ceremony has been filmed, Spain was indeed the destination, and Rachel is engaged to … Bryan Abasolo.