As far as Dancing With the Stars goes, no other season in recent memory has been filled with quite as much controversy as Season 24.

We’re on just week two, and there has been drama regarding Heather Morris having an unfair advantage, some severe crotch grabbing and Erika Jayne being a little too racy for her own good.

And that’s just the tip of the iceberg. Did the controversial happenings continue to fire on all cylinders on the latest episode?

It’s time to run down the performances of the night…

Nancy and Artem performed the Cha Cha to "No Rights, No Wrongs" by Jess Glynne. Things took an awkward turn for the pair during rehearsals when Artem gives Nancy a compliment during rehearsals.

Nancy responded by bursting into tears and making a quick getaway from the situation. Odd? Very.

As expected, switching things up worked in their favor, but there was very clearly something off with the performance. It was an improvement on last week, but Kerrigan will need to adapt quickly if she wants to survive into the next stage of the competition.

If you thought Erika was going to scale back her performances after the compliments last week, you were sadly mistaken.

Erika and Gleb performed the Foxtrot to "Bad Intentions" by Niykee Heaton. In the performance, Erika and Gleb get close together once again.

For what it’s worth, Erika does want her personality to shine through her routines. If you watch The Real Housewives of Beverly Hills online, you will know this is her personality.

The Paso Doblé is a dance Charo learned as a child, so it made perfect sense to roll with it. The biggest problem with this number was that Charo was out of synch with her partner.

That threw the whole performance into question and made it look thrown together at the last second.

The judges picked up on this and asked for more from their next routine.

Nick continued to buck the reality TV trend and turned in a decent performance. He and Peta went with the Foxtrot to "Love Me Now" by John Legend.

Nick was nervous about dancing. Being hot off The Bachelor, there was a lot riding on his success on this reality hit.

The judges liked the performance but felt Nick could do with relaxing.

After a horrible injury during rehearsals, Maks is out of the competition. Well, he could return, but we don’t know when.

Alan Bersten stepped in and performed the Jive to "Grown" by Little Mix. Their first performance together was not bad, but it was not as amazing as the one from the season premiere.

While Len seemed to think the performance was awful, the other judges liked it very much.

Bonner and Sharna went with the Viennese Waltz to "Unlove You" by Jennifer Nettles. Even before the performance, it was evident the duo was very close.

Simone and Sasha went with the Cha Cha to "Burning Up" by Jessie J feat. 2 Chains. Simone continued to change things up during this performance.

She does not want to be known for being a gymnast: She wants to be a force to be reckoned with. The judges were high on the performance but felt Simone was a tad wooden.

Chris Katten has been very open about breaking his neck and how it affected his life. That’s part of the reason why watching his performances, it’s easy to tear up.

Witney is impressed with how her partner fights through the pain in order to turn in a solid performance. They went with a jazz performance to "Hey Ya!" by Outcast.

The judges were impressed with his improvement week-on-week but still felt there was a long way to go for Chris.

Normani and Valentin had just returned from Japan. The reason? Normani is part of the very successful band, Fifth Harmony and that’s where they are touring.

That meant Val went along for the ride. They performed Cha Cha to "Give Me Your Love" by Sigala feat. John Newman and Nile Rodgers.

The performance was one of the best of the night. Everything about it was just breathtaking. They clearly took the feedback given to them.

Rashad and Emma went with the Viennese Waltz to "Suffer" by Charlie Puth. That song was already a sultry song that got Charlie a lot of bad rep.

It resulted in a well-rehearsed performance that was heartbreaking but for all the right reasons.

The judges loved it and felt like the duo improved considerably from last week.

Mr. T and Kym tried to take all of the feedback on board from their most recent performance but failed miserably.

Trying to throw in pieces from T’s career was not the best move, and the judges even seemed to think so. They collectively agreed that they wanted more than they were getting.

David and Lindsay went with the Cha Cha to "Bust A Move" by Young MC. With great costumes, their performance felt rushed and all over the place.

It seemed like they spent more time on the costumes than the performance. The judges picked up on this made it clear they would need to adapt quickly.

With the performances wrapped up, Tom and Erin opted to send Chris and Witney home. It’s always difficult leaving first, but it is a competition. 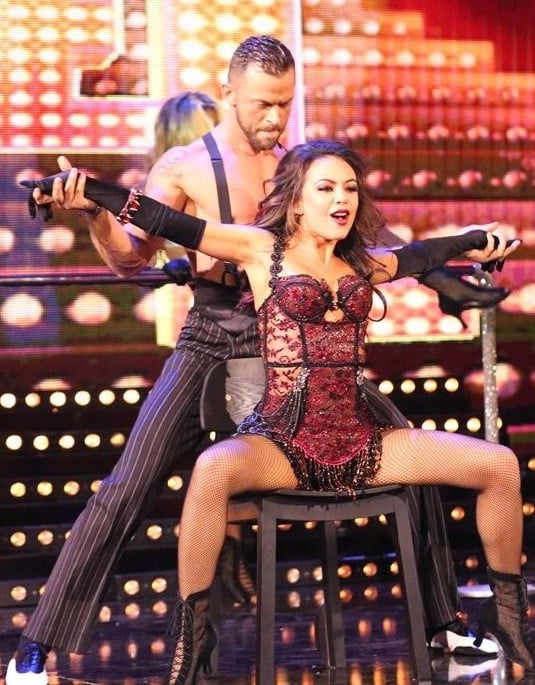 Dancing with the Stars: 9 Raciest Moments in Show History