We have an update on Kanye West.

And also a clarification.

As previously reported and dissected across the Internet, West was taken to a hospital this week due to exhaustion and what some have described as a mental breakdown.

A 911 call (below) was placed on his behalf by a doctor who had been examining the rapper and who was concerned about Kanye’s state of mind.

There has been talk that Kanye physically assaulted a gym employee prior to being restrained and thrown in to an ambulance.

He was handcuffed to a gurney on the way to the psychiatric ward of UCLA Medical Center to be evaluated, these reports have stated, at which time was placed in what is known as a "51-50 psychiatric hold."

In these cases, a patient is committed against his or her will, typically because there is fear that the individual will do harm to him/herself or others.

HOWEVER, People Magazine has now debunked this rumor.

It says that no 51-50 hold was ever ordered for Kanye, although a source does acknowledge "there was a small altercation at the gym."

This confrontation did, indeed, prompt the eventual hospitalization, "but [West] was deemed medically stable and decided to seek medical help at his doctor’s request."

Concerns about Kanye had been circulating for several days prior to this incident.

He lashed out at Beyonce in concert and then ended a show after just three songs and then proceeded to cancel the remainder of his Saint Pablo Tour.

Not long afterward, he broke down at the gym and was placed under a doctor’s care.

How is he holding up now?

This person emphasizes the fatigue aspect of the situation and adds:

"He is exhausted and currently dealing with sleep deprivation. He went to the hospital at will under the advice of his physician. He’s fine."

Fine may be pushing it. Kanye clearly is not fine.

Even if he was not restrained and went "freely" to the hospital, as this source claims, the artist is clearly in need of professional help; a long hiatus; or both.

After all, his condition was described as a “psychiatric emergency" in a 911 call between responders.

Late on Tuesday, TMZ released the audio of a call placed on West’s behalf.

In the following clip, you can hear several paramedics speaking to one another about the situation:

Later, a second responder chimes in with: "We’re on the scene here."

Along with his behavior on tour of late, Kanye posted more than 90 random fashion magazine photos on his Instagram account in a short amount of time on Sunday.

Might the stress of what happened to Kim Kardashian in Paris last month finally have gotten to West?

We can’t say for certain, but the star’s famous wife is now by his side in Los Angeles.

Shortly after celebrating Kanye’s apparent demise via a #KanyeIsOverParty on Twitter (below), fans learned that the celebrity had been admitted to a the psychiatric wing of a hospital and changed their hashtag to #PrayforKanye. 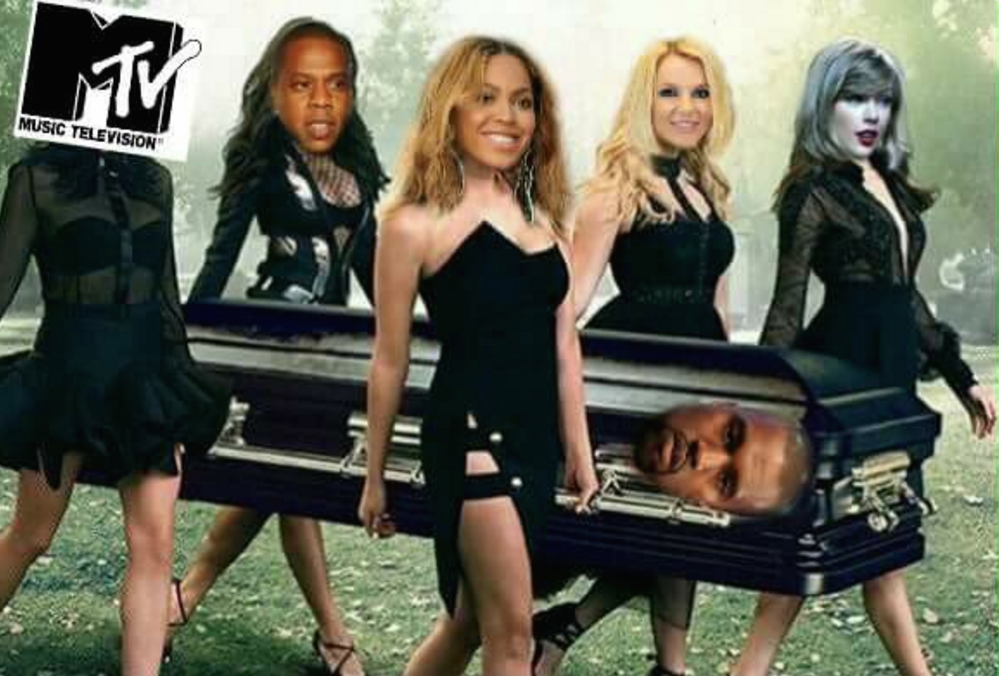 We’ve had our issues with Kanye West over the years, but we hope he hangs in there and comes out of this okay.