That was quite a way to welcome viewers back, huh?

On Grey’s Anatomy Season 12 Episode 9, Meredith got attacked, Violently. Brutally. Within an inch of her life.

It was the latest example of Shonda Rhimes trying to shock viewers and the 27th time (unofficially) that Meredith has been on the verge of death.

But even if we know Shonda’s games, and even if we knew Meredith was not going to die, that doesn’t mean the episode (directed by Denzel Washington!) didn’t pack quite the punch.

It started with Meredith trying to get a patient back into bed… only for him to completely snap.

In the aftermath of the assault, we witnessed Meredith whimpering on the floor until Penny found her limp body and nearly all of Meredith’s friends at work gathered in one room to revive her.

She could not talk. She had a dislocated elbow. She suffered multiple blows to the head and and she needed a chest tube and Alex was a crying mess and, let’s be honest, so were we. 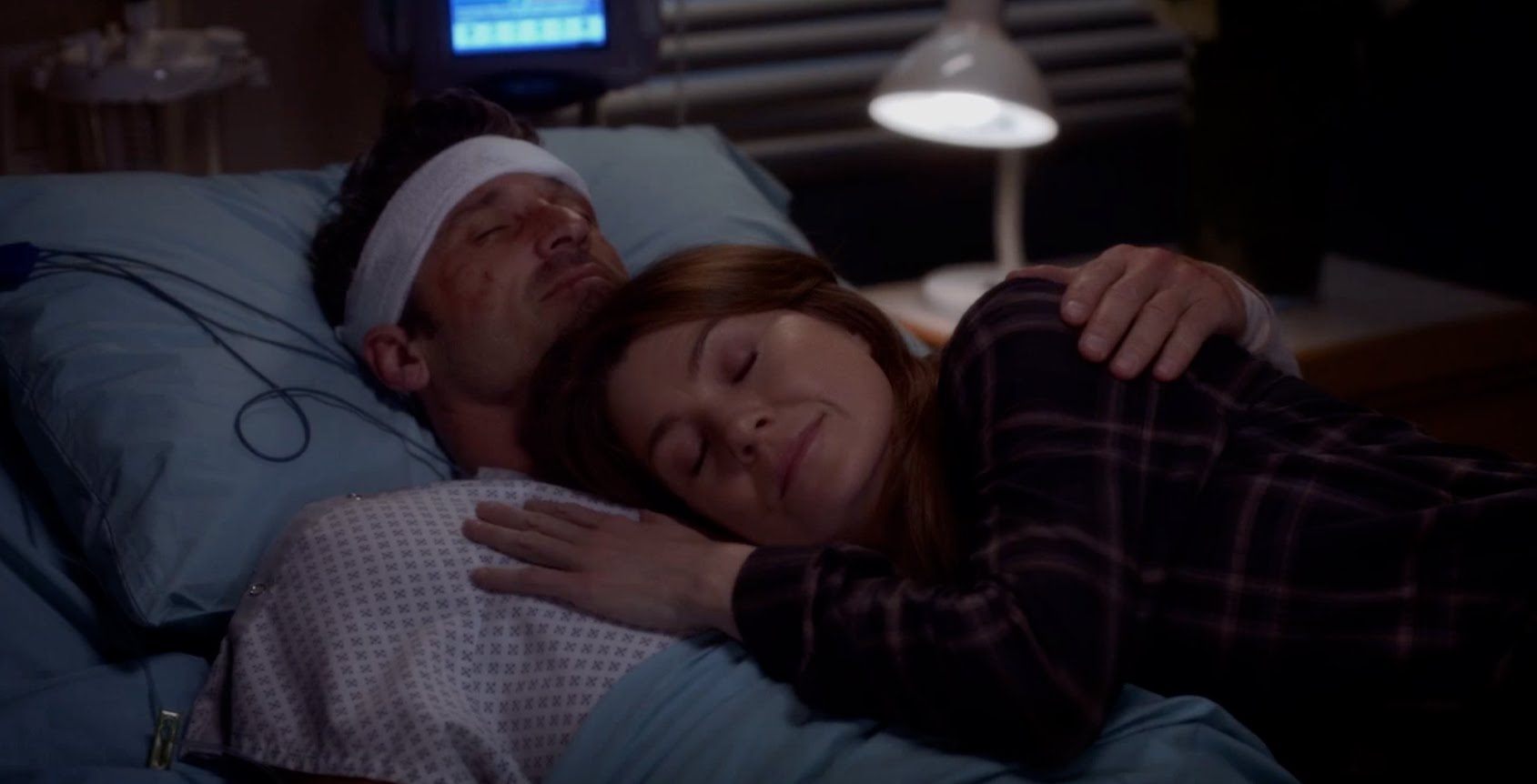 Due to the injury to her ears, Meredith couldn’t hear. For seven full minutes, Grey’s Anatomy did not air a single line of dialogue.

We watched as Meredith did all she could do: watch those around her

After weeks of being laid up like this, Alex arrived and lay down next to his friends.

He cried, and when Meredith could hear him cry, she started to cry, too. And laugh.

… but still. At least she was on the mend.

Webber then gave Meredith a speech about how she needs to forgive Amelia and also to forgive Derek for being dead.

Once she finally could speak again, she told Alex to go be with Jo. It was okay. He could have more than one “person.” She had “her own damn village” after all.

So that was the message we were left with heading into Grey’s Anatomy Season 12 Episode 10.

Was it manipulative? Classic Shonda Rhimes?