Republicans have been saying for years that Barack Obama has no business being President.

And the Commander-in-Chief sort of proved them right last night… because he clearly should be a stand-up comedian instead!

And a whole lot more! Check out the following photo and quote gallery to relive Obama’s best zingers, including his new DGAF attitude and his unique take on a "Bucket List." 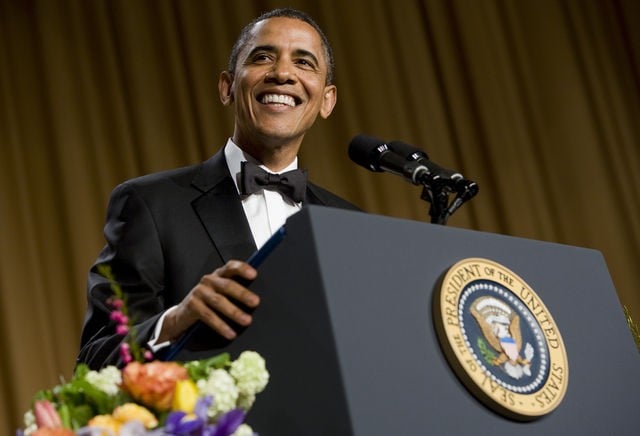