Kim Kardashian is butt naked on the cover of the winter issue of Paper Magazine.

There are also photos of Kim Kardashian nude inside the pages of this heretofore unknown publication.

But it turns out the reality star did more than just pose for photographer Jean-Paul Goude. She also actually talked to the author of an article!

Among the topics Kardashian touched on with Paper? Life as an A-lister in a paparazzi-filled universe.

For example: Kim and Kanye West recently took their 16-month old daughter, North West, to a pumpkin patch. But they weren’t exactly alone there.

To Kim’s credit (man, we hate writing that), she has never gone all Justin Bieber on these so-called journalists. She does seem to accept them as part of the deal when one is rich and famous.

Kim went on to say she’s “always so calm” in the face of adversity, a trait that suited her well after her marriage to Kris Humphries fell apart.

"It’s just one of those life lessons that you have to learn," she said of her 72-day union. "And it’s okay." 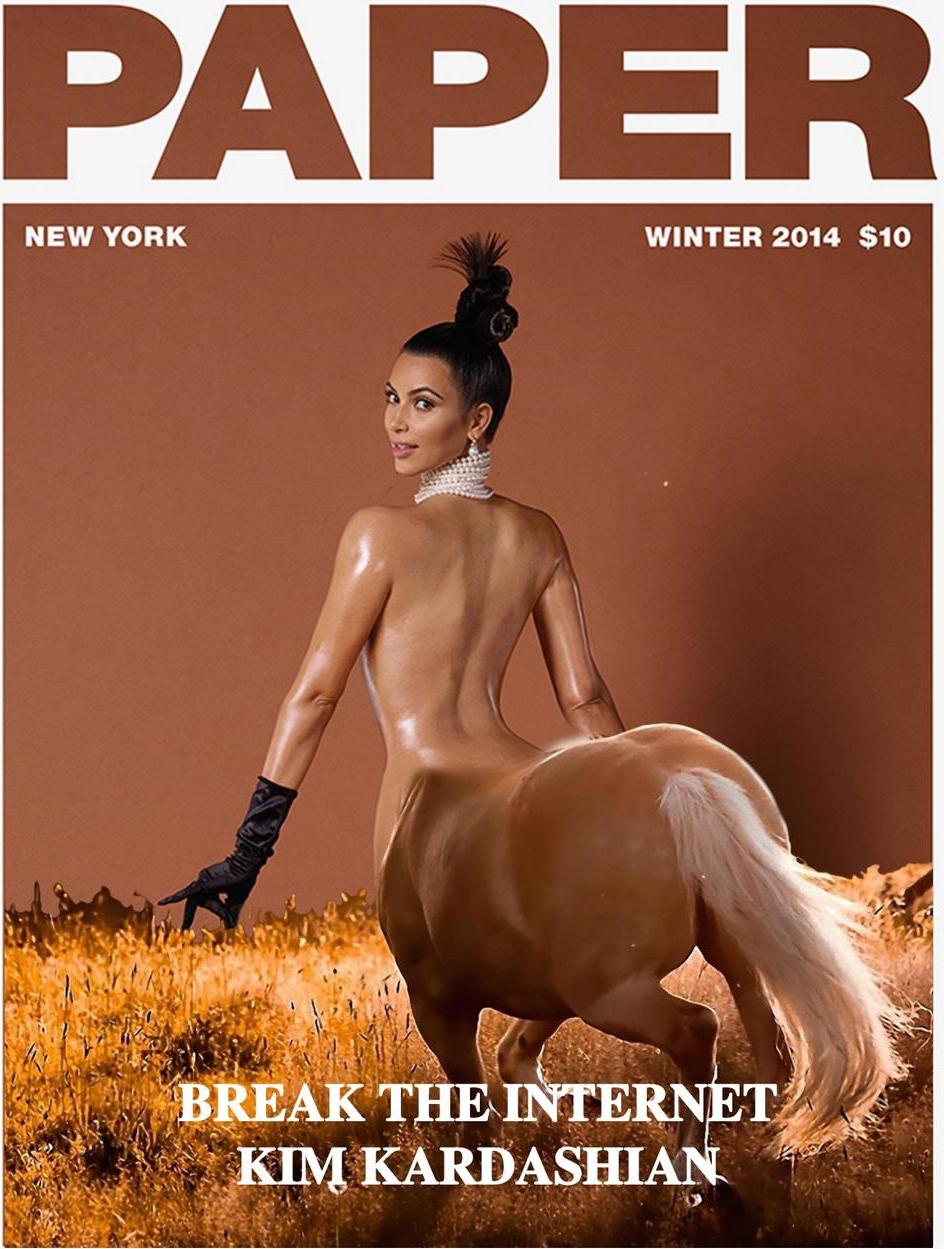 Finally, in talking about the Kim Kardashian selfie book (yes, this actually exists), the star said she took issue with publishers taking out some pictures. How could she differentiate between near-identical images of herself?

"I know what I wore, what accessories I wore, where I was, who I was with," she told Paper. "I remember everything."