Those who are old are about to be new again.

MTV has unveiled the first official trailer for Teen Mom OG Season 9, which the network says will air in a new year — with new hopes and new goals for all the main women involved.

"When you’re a mom, there’s never a moment to slow down – even if a global pandemic throws the world into chaos," reads the MTV press release in promotion of Season 9.

Indeed, these upcoming episodes were filmed months ago.

But COVID-19 has been raging throughout 2020, meaning Amber, Catelynn, Cheyenne, Maci and Mackenzie will be dealing not just with the craziness of their personal lives…

… but with the outbreak of a deadly virus as well.

So, the moms of “Teen Mom OG” are barreling forward and making major moves faster than ever.

Amber, Catelynn, Cheyenne, Maci and Mackenzie continue to share their most personal struggles and achievements leaning into the turmoil of today’s “new normal” with resilience and grit.

Through good and bad times, these women can always find the bright side for themselves and their kids.

The trailer says the long-time stars will "rise up" against the adversity, despite one young lady wondering — mostly in jest, we think — why the heck she had kids.

As for what Teen Mom OG fans can expect from each cast member?

Amber Portwood will contemplate moving onto Gary’s property after her relationship with her daughter Leah grows strained.

Catelynn Lowell will suffer a miscarriage and bravely shares her story to help others.

Cheyenne Floyd will rekindlee a romance with her ex-boyfriend Zach — and their relationship will escalate quickly.

It becomes even more real, the network teases, when they find out they’re expecting! EEEEK!

Maci will put her personal feelings aside to support Bentley when he takes the steps necessary to repair his relationship with his dad, Ryan.

And, finally, Mackenzie’s marriage to Josh will be crumbling… so she will make a drastic change and move her family to Florida for a business opportunity.

As we know, of course, this doesn’t exactly mean she’s done with her cheating husband. 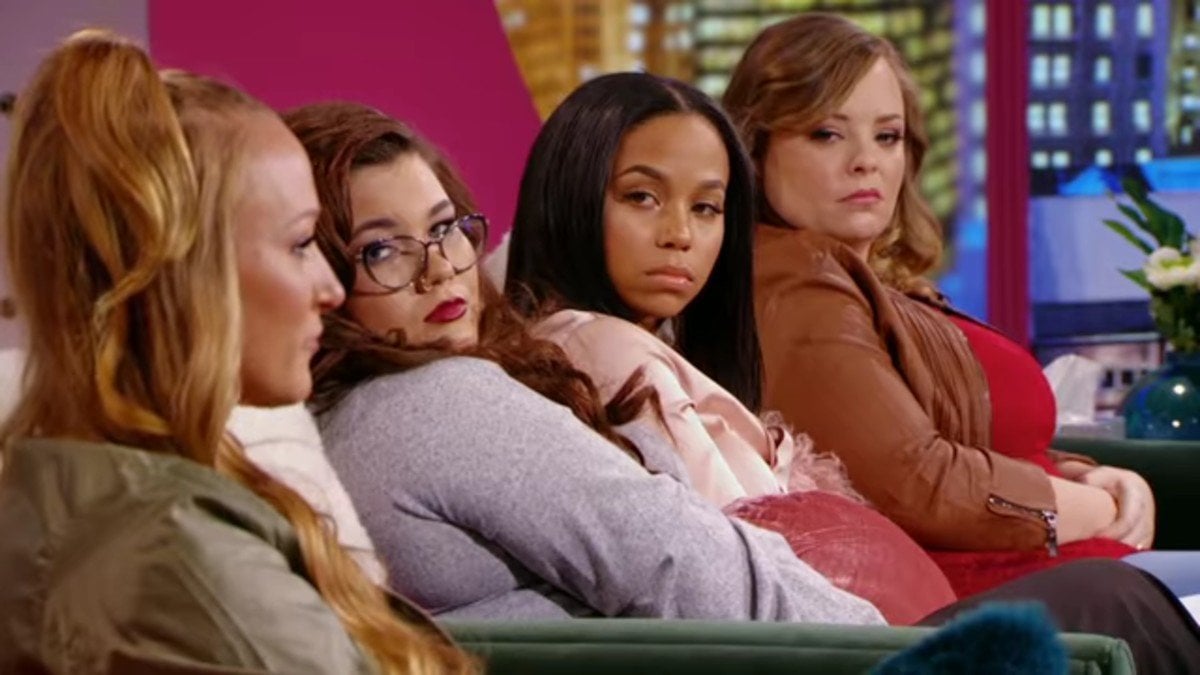 Check out the preview featured here to see what’s on tap.

And, specifically, to find out which star is convinced by her child that french fries dipped in milk might actually taste great.