BBC sportscaster Dan Walker is fast becoming a legend on Twitter, and that’s all due to where his set is situated in Rio.

Amidst the "Lochtegate" nonsense taking up most of our newsfeeds, it’s refreshing to watch Walker cover the 2016 Summer Games because he does it in a way that is warm, personable and really f***ing funny.

Yesterday evening, Walker was delivering a broadcast from his beachside set when Tweets started to come in asking about the couple behind him. 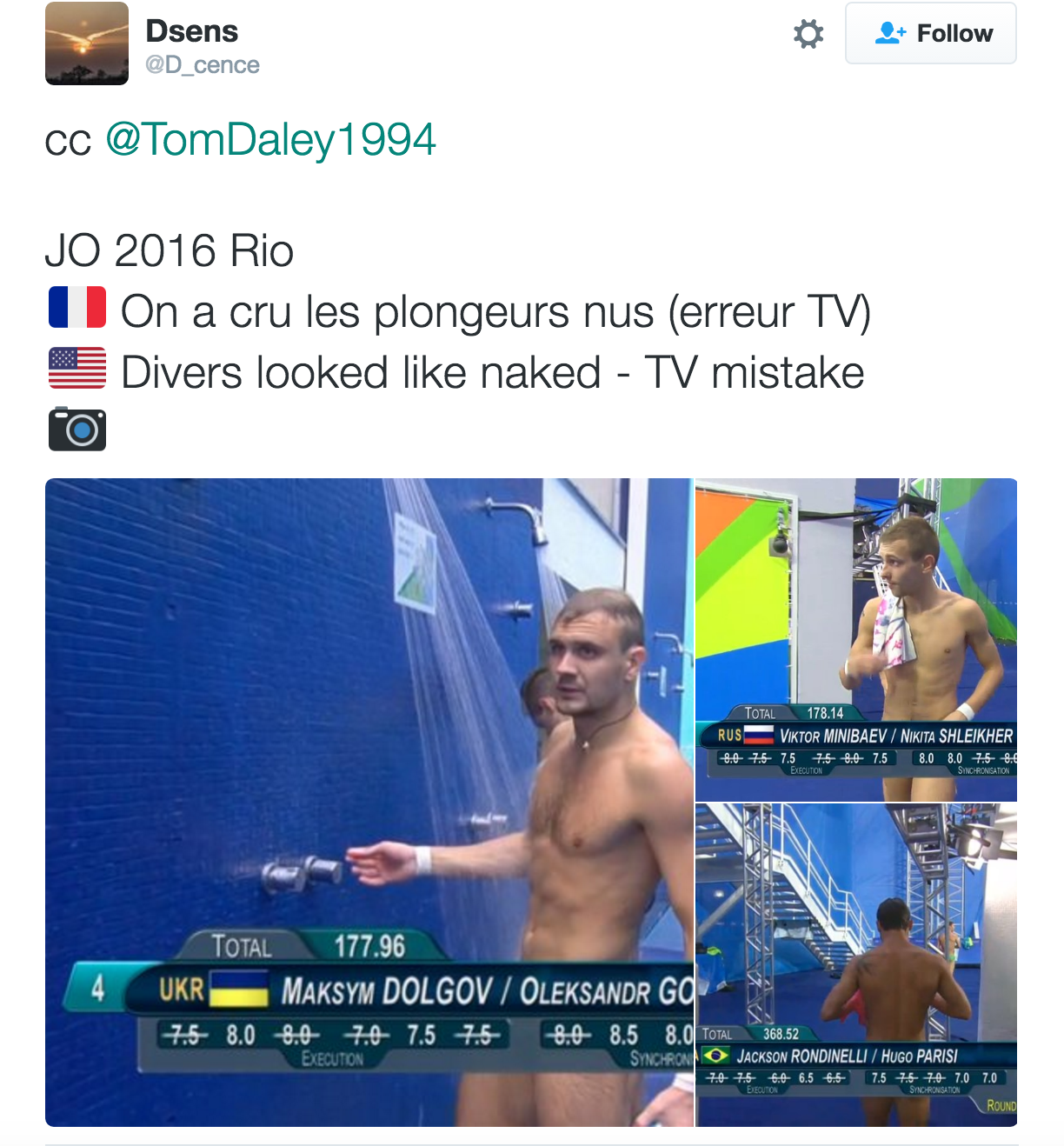 It appeared that the couple were having sex, so Walker had to turn around have a look.

Ever the British gentleman, Walker assured viewers that the two were not having sex (come on, they totally were).

"For those asking what’s going on in the background on social media now, we’re not going to zoom in," Walker said, trying his best to keep a straight face. "But rest assured, it’s not… that."

Then, someone off camera must have pretended to open a book, prompting Walker to improvise.

"They’re reading a book in a strange pose," he said with a laugh.

They were totally doing it, Dan!

The video soon went viral, and was shared with American viewers via Mashable, which also pointed out that Walker encountered a bachelorette part (or a "hen do," as they say in the Mother Country) during another broadcast.

"This could be interesting," Walker said to his audience at home while the bride-to-be made her way to the set.

Once she and her friends realized what network they were on, they started chanting "B-B-C!" "B-B-C!"

Walker’s entertaining coverage led to the creation of #copacabanter, with topics ranging from the trash pick-up guys on the beach to pigeons invading the set.

“That spot on the beach is the place to be. In the last 24 hours I’ve been stopped by loads of people wanting pictures," Walker told Buzzfeed News.

“It’s been mad. My plan on coming out here was always to speak to the locals as well as show the sport. I wanted to show as much of Rio as possible. I didn’t expect to see that much.”

I will take this kind of coverage over Billy Bush getting a "brozilian" wax any day of the week.