Please do not watch the following video with any young children.

It may scar them for life.

A Disney employee in full-on Dopey grab was on a boat at Florida’s Hollywood Studios over the weekend when he fell over a two-story balcony and nearly plummeted to death.

Or at least to a major injury.

Fortunately, Goofy was around to break his fall.

Indeed, Mickey’s trusted sidekick spared even further embarrassment and pain for Snow White’s silliest dwarf by basically being at the right place at the right time.

"Well…Dopey was quite in character during Fantasmic holy moly," wrote an Internet user who was on hand and who filmed the incident.

We don’t want to laugh at anyone’s pain, of course, but this was a dude in a Dopey costume falling on to a dude in a Goofy costume.

What choice do we have?!?

It’s also worth noting a few of the reactions from other characters in the footage below.

Snow White is instantly concerned about her friend, but Pluto doesn’t seem to care at all. He just keeps right on prancing around.

One of the Chipmunks (not Alvin, we’re guessing) does at least go help Dopey out, but no one else seems to care very much about the plight of this dwarf.

It’s almost as though they thought he had it coming after years of acting like, well, a dope.

Let’s hope that wasn’t the case. The guy means well. 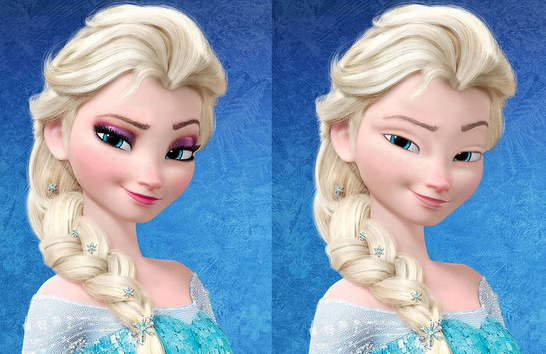 Disney Princesses With No Makeup

WESH-TV reports that an ambulance was actually called to assist two cast members who were treated at the scene.

But everyone is okay.

So go ahead and laugh! Don’t feel bad!

We challenge you NOT to upon viewing this video…