Ben Higgins and Lauren Bushnell are ready for a Bachelor first.

Actually staying together as a married couple after filming on the series is complete?

No, although that sure is a rarity in the history of this dating program.

Instead, however, we’re referring to Ben & Lauren: Happily Ever After, the first-ever spinoff series set to focus on two people who ended up together as a result of the show.

"We survived The Bachelor," Ben says early on in the following promo, only for Lauren to then jump in with the following:

And this does perhaps suggest that Ben and Lauren actually get it.

As those who watch The Bachelor online know so well, nothing about this show is "real life."

It makes perfect sense why so many couples split up after ABC stops paying for their ridiculously expensive trips and dates.

The Bachelor is a television show, which may seem like a dumb and obvious thing to point out, but life for everyone who meets on it clearly changes a lot once the cameras and Chris Harrison go away.

Still, Higgins and Bushnell have made it this far.

In the trailer, we see them exchange a couple kisses while seemingly celebrating July Fourth. They appear to be truly happy.

But Lauren isn’t pretending as if they have some perfect relationship.

In a recent interview with Entertainment Tonight, she said that her arguments with Ben will be shown on the series, proving that they are just like everyone else out there.

“When everything around me is changing I get a little stressed out, and unfortunately I probably take that out on Ben a little bit more than what’s fair!” she admitted.

Bushnell also joked that she doesn’t love the question mark in the show’s title.

“What’s with the question mark?” she said in the aforementioned interview. “For me there is no question mark!”

Only time will tell if that’s the case.

Look for the Freeform series to also focus on the couple’s wedding plans, with a Ben Higgins-Lauren Bushnell wedding supposedly taking place in the near future.

Will they actually make it down the aisle? What sort of obstacles will they encounter on the way there? 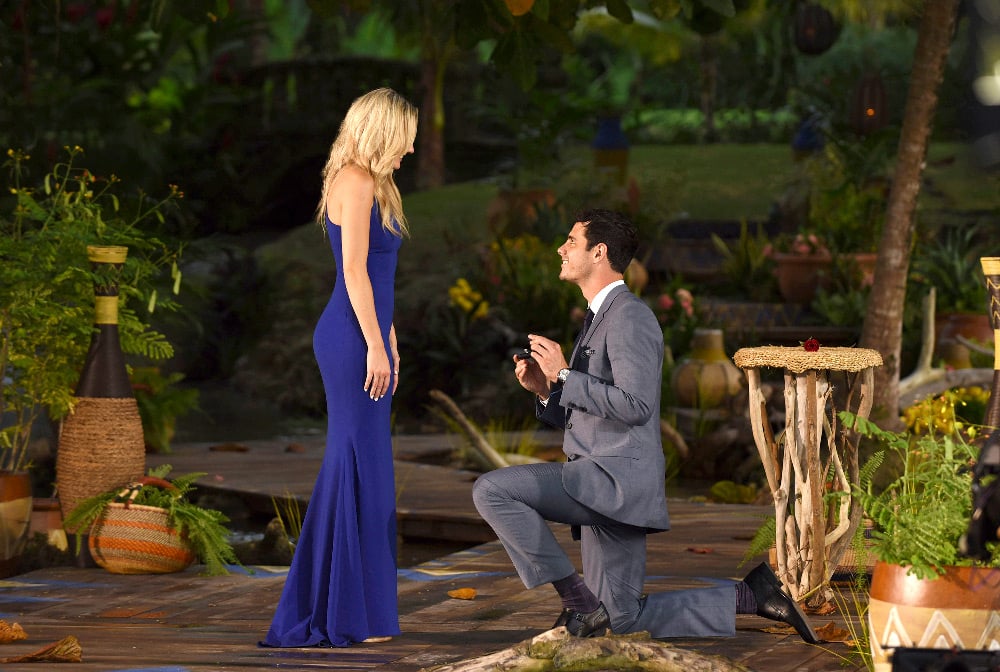 Check out the first trailer right here and right now: