Do Kailyn Lowry and Briana DeJesus officially have the worst feud in Teen Mom history?

Considering they’ve actively hated each other for years, tried to physically attack each other twice, and Kailyn is currently suing Briana for defamation, yeah, probably they do.

The whole thing started, if you can even believe it, because Briana dated Kail’s ex-husband, Javi Marroquin, after they were already divorced and Kail had already had a baby with another man.

But while that may have been what started the feud, that certainly isn’t what’s kept it going — Briana and Javi broke up almost four years ago.

No, at some point they seemed to have developed a truly irrational hatred of one another, so that’s what they’re working with now.

They’ve fought during Teen Mom 2 reunions, on social media, and in interviews, but lately they’ve been going at each other in the legal system.

In July, Kailyn filed a defamation lawsuit against Briana over some statements she had made during an interview about her arrest last year — Briana said that she was arrested for allegedly beating Chris Lopez and that she broke into Chris’ mother’s house.

She said that Briana’s claims were untrue (besides the arrest, which is public record) and that they damaged her brand, and she wanted compensation for that.

Briana, meanwhile, has maintained that she didn’t do anything wrong because she was just exercising her first amendment rights and the entire lawsuit is just a waste of time.

Still, the lawsuit has been going on for months at this point, and they’re scheduled in court next month so a judge can decide if the lawsuit is even worth continuing or not.

You’d think that if Briana thought it was all just a bunch of nonsense, she’d ignore it as best she could until the issue was resolved … but if you thought that, then you must not realize how petty these people truly are.

Somehow some emails exchanged between Kail and Briana’s lawyers made their way to Instagram, and from those letters, we learned that Bri’s lawyer requested a continuance, but Kailyn refused …

Because Briana sent her treadmill.

Well, she was upset because Chris’ affidavit, the thing where he confirmed Briana’s story that he’d told her about the arrest and the alleged beating and break-in, was filed the day before Thanksgiving, which she thought was done to ruin the holiday for her.

But she was also angry because Briana had told her that she was "sending her a surprise," and the surprise was a treadmill delivered to her home with a note included.

We’re not sure what the note said, but Kail’s lawyer did say that "a reasonable reader would view it as your client calling my client overweight."

You may be reluctant to believe any of this, considering the story did come from a fan page on Instagram and emails are remarkably easy to fake, and who would really waste hundreds of dollars just to body-shame someone like this?

But then Kailyn confirmed that little tidbit on Instagram.

In the middle of a series of videos about her new house, she shared one that showed the open box the treadmill came in sitting in the room she had designated for her dogs.

She tagged Briana and wrote "Thank you so much for the treadmill. My dogs will love it & I’m lazy so now I don’t have to walk them myself."

We’re not sure if Briana thought that her "gift" wouldn’t become public knowledge or if she thought that people hated Kail enough that she’d get applauded for sending it, but most people weren’t amused.

And so shortly after Kail’s post on Instagram, Briana made one of her own — a very, very lengthy statement about how mature she’s been getting recently.

She basically said that in ten years, none of this gossip will matter at all, and that she really started changing her views when Devoin leaked her phone number earlier this year and when Kail sued her.

"I have learned and grown from both of those situations and will now always deal with issues in a better manner (off social media)," she claimed. "Names will be called, things will be said, gifts will be given but will you even remember that in 2032?"

She also said that she has stopped placing so much importance on social media, that she’s "at peace with Devoin and Luis," and that she’s staying single and continuing to work on herself.

She finished things up with a message that seemed to be directed towards Kailyn, considering all of the context.

"I am healing," she wrote. "Now for those who aren’t at this stage yet, please don’t block my growth. Learn to heal like me and I promise life gets so much easier."

"You could have all the money in the world but an ugly person will always be ugly and god sees that. Karma will always find her way."

Apparently acknowledging that many people would read that part as a dig at Kail, she said "Take this message as you wish but I am just ranting."

She announced that she’s going to take a little break from social media, and that was that.

The thing is that that would be a great message with a lot of meaning … if she hadn’t sent Kailyn a treadmill literally last week.

It’s ridiculous that she’s trying to say that she’s grown and matured so much and that she hopes others can follow her example when she just blew at least a few hundred dollars to body-shame someone.

She must be realizing this, too — originally she’d left the comments on her post on, but as of now she’s removed the option. 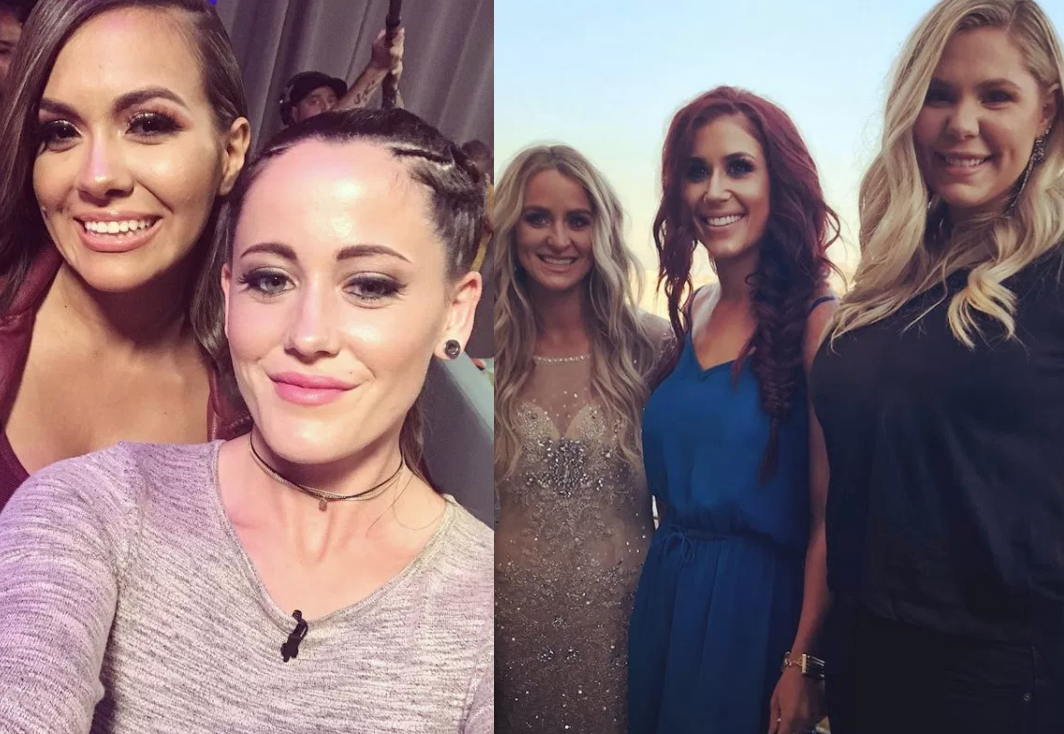 But honestly, just thinking that she could post something like this immediately after such a remarkably petty and mean-spirited and just plain dumb insult shows that she obviously hasn’t grown as much as she thinks she has, if she’s grown at all.