Their season ended on good terms, but there’s no love lost between them now.

So it is no surprise to see them clash with each other on 90 Day Bares All, the franchise’s newest spinoff.

What is surprising is some of the serious and outlandish accusations that Brittany is making about Yazan.

Brittany and Yazan ended Season 2 of 90 Day Fiance: The Other Way separating during the pandemic, but staying together in their relationship.

Since then, things have fallen apart.

Brittany accuses Yazan of cheating on her, stealing from her, and … messaging back and forth with a gay man — pics included.

The two were a natural choice for 90 Day Bares All, an exclusive new spinoff on the Discovery+ streaming service that launched on January 4.

“It literally broke my heart,” Brittany confessed after accusing Yazan of cheating on her during their ill-fated relationship.

“I have DMs," she added, "of girls sending me screenshots.”

Brittany told the show’s host, Shaun Robinson, that she had hoped that Yazan would confess to his wrongdoings during the interview.

That did not happen, however.

Brittany revealed that she had broken up with him and blocked him across all social media.

Yazan countered with a claim that it was he who severed ties with Brittany, and that’s when she snapped.

“You called me asking me for money," she accused.

When I came there to visit you, you told me you had a job and you didn’t have a job,” Brittany continued. “I paid for everything.”

Angrily, Yazan had accusations of his own.

According to these legendary "social media posts" that kept circulating around his toxic extended family, Brittany was dating older men behind his back.

Brittany, who has dated older men in the past, dismissed Yazan’s cheating allegations as the whining of a man who did wrong but doesn’t want to admit to it.

“Tell them how you were stealing money out of my purse when I was there. …" Brittany suggested.

To Shaun and to the camera, she recalled: "He was saying, like, ‘You were sleeping and I needed to get something for us.’"

Yazan attempted to yell over her with accusations that she was lying.

That was not all that Brittany had to say, however.

“You were texting a gay boy for money," she alleged.

"You let him send you a picture of his open ass," Brittany claimed, "and you were still talking to him.”

It is unclear what Brittany is saying with that last accusation, though she is clearly not accusing Yazan of being interested in men.

Is she accusing him of being a sex worker … only to then go on and out him for this?

Or is she accusing him of leading on a wannabe sugar daddy? Because normally, folks, the person sending the hole pics is receiving money, not doling it out.

Yazan and Brittany could both be lying, or both be telling a mixture of lies and the truth, or even be telling the truth as they remember it … though that last one seems like a stretch.

It is clear, however, that they are not likely to get back together. That is for the best — their relationship was toxic.

It’s also clear that Discovery+ and its ability to show things that TLC never could — like Brittany’s graphic description of pics that Yazan allegedly received — has something real to offer 90 Day Fiance fans. 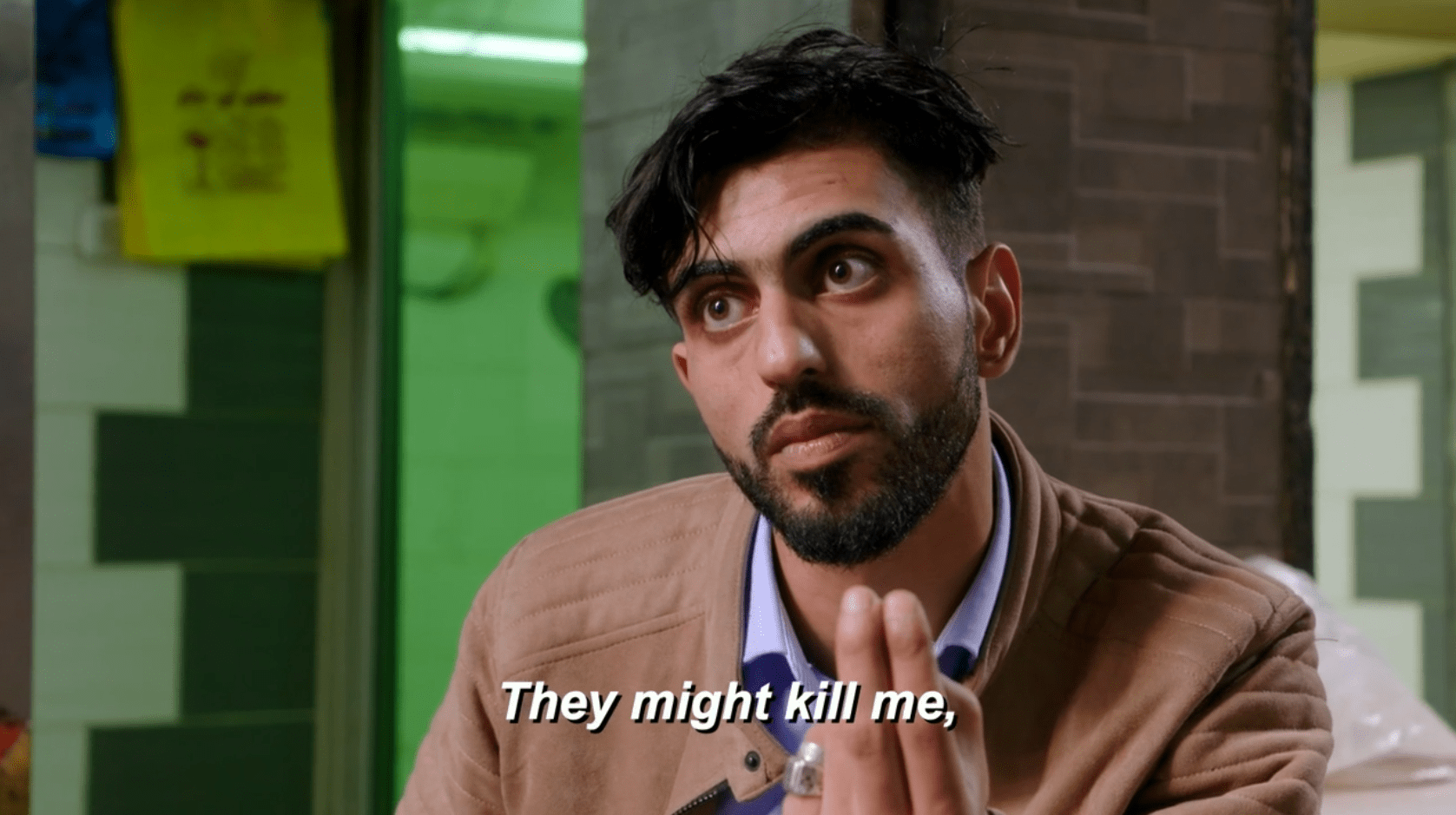