This may sound harsh, but we mean it as the highest compliment:

The fact is, happy lives don’t usually make for great reality TV, and none of the Teen Moms are happier than Chelsea.

These days, Houska has it all — the passel of kids, the loving husband, the massive house in the country.

Houska is currently pregnant with her fourth child, and she and husband Cole DeBoer are said to be overjoyed.

So many of the other moms are cautionary tales, but Chelsea is living proof that happy endings are always possible.

Her Cinderella story has made Houska the most popular Teen Mom on social media.

But unfortunately, the show’s producers often don’t know what to do with her.

All that domestic bliss doesn’t make for compelling television, particularly when it’s contrasted with the endless drama of Kailyn Lowry and Briana DeJesus’ lives.

It just seems strange to cut from Briana screaming about her STD to Chelsea and her family falling asleep in front of Frozen 2 on family movie night.

And so, producers do what they can to liven up Chelsea’s storylines — and their tactics include sharing moments from her daughters’ life that should probably have remained private.

On this week’s episode, Aubree became upset when Chelsea gave the grandparents her phone number.

The 11-year-old voiced her complaints on the ride home, and the ensuing conflict became the center of Chelsea’s storyline.

“I just figured she was going to ask you for your number over there," Houska calmly explained to her daughter.

“Well, I apologize, I didn’t know you felt like that, totally.”

“Then it’ll be awkward,” Aubree objected.

Aubree seemed less than totally convinced, while at home, fans wondered why they were witnessing this private moment in the life of a grade-schooler.

“Why make this child’s life anymore difficult with her dad’s family?" one viewer tweeted.

"This scene should have never been shown and bad on her mom knowing camera’s were filming to use her daughter for a story line.”

“She could have such a good life, but instead it’s going to be shown how much Adam has ditched her, said bad things about her as a baby, and things she’s saying to her mom in private are aired for them to be seen," another wrote of Aubree.

“Ridiculous that a wedding funded by her earnings on the show is too personal to be filmed, but her preteen daughter’s personal thoughts about a complicated family dynamic is not," a third person chimed in, blasting Chelsea.

“Aubree knew the cameras were rolling and tried to discreetly tell Chelsea she didn’t want them to have her number," another commenter observed.

“Then Chelsea keeps bringing it up when it’s obvious Aubree didn’t want the convo filmed knowing they would see."

Another viewer put it even more bluntly, commenting:

“Chelsea was exploiting her for her lame ass story line. Sorry but Chelsea isn’t mOm Of ThE yEaR.” 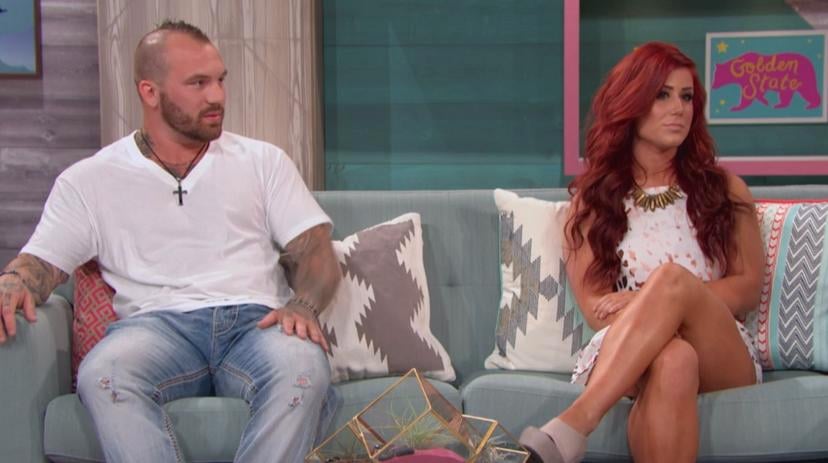 It’s true that Houska is much more private about her personal life than the other Teen Moms, so it is a bit strange that she shares so much of Aubree’s

We wouldn’t call it exploitation, exactly, but the girl is probably too young to fully comprehend what’a going on.

It’s a question that all the Teen Mom cast members will have to ask as they and their kids ger older — at what point do you decide enough is enough?