As we reported on Tuesday, Briana DeJesus quit Teen Mom 2 during a furious Twitter tirade directed at MTV and the show’s producers.

The exact cause of her frustrations was unclear, and many speculated that she was upset with the decision to focus so much of the current season on the storyline in which Briana contracted a STD during a one-night stand with her ex.

Now, it seems that wasn’t the case.

Instead, it looks as though DeJesus was outraged by a perfectly reasonable demand from producers involving her new boyfriend.

Earlier this week, The Ashley’s Reality Roundup reported that Briana is dating a new man, whose name, coincidentally, is Javi.

Now the site has followed up with a surprising report about the ways in which Javi 2.0 (Gonzalez) is hindering Briana’s career.

“MTV asked her to have her boyfriend get a COVID [19] test,” one source told The Ashley.

“Even if they don’t film him, he’s around her a lot, so they need him to test negative. It’s part of the COVID regulations," the insider explained.

“They can’t film with her until he’s tested because he’s around her so much and is a tattoo artist so there’s a risk of exposure.”

Apparently, this very sensible request was deemed unacceptable by Bri and her new man.

“When Briana was informed of this, she flipped out and said it wasn’t fair and that [the producers] can’t force her to do anything," The Ashley’s source said.

That explains a lot about Briana’s unhinged tirade from Tuesday, in which she railed against her bosses for allegedly demanding more of her than they ask of the other cast members.

"Lol f–k MTV lol they love to choose and pick what matters and what doesn’t matter lol I don’t get paid enough to be treated like sh-t compared to these other self-centered b-tches,"  DeJesus wrote in a tweet that has since been deleted.

"I’m ok with not filming!" she added.

In a follow-up tweet — which has also been deleted — Briana claims she gave MTV everything she had, only to be mistreated in return.

"I am the most easiest person to work with," she wrote.

"I give Mtv my all and I’m very transparent with a lot of things," DeJesus continued.

"I hate when they dangle sh-t in my face or give me ultimatums," Bri added.

Now it seems those ultimatums had to do with the safety of the crew that would be filming with Briana.

DeJesus stated that she’s "fine with not filming" — and we guess that’s a good thing, as the Orlando unit has packed up its equipment and is under strict instructions not to film with Briana until New Javi complies with the network’s safety protocols.

“They are not filming [with her] at all until they can come to an agreement,” the source stated. “If she doesn’t agree to have him tested, the crew can’t film around her.”

A second insider told The Ashley that the crew is especially irate because they’ve spent several weeks living in a quarantine "bubble" in Florida so that they could safely film with Briana.

“People are very upset because they are down [in Florida], away from their families and homes for weeks in order to stay safe and get the season filmed, and now there’s this delay over a stupid test,” the source told The Ashley.

“Basically, [the producers] feel that having someone who is untested around Briana will put everyone at risk, and essentially make the bubble useless,” the second source stated.

The insiders note that everyone who’s in contact with the production unit — including children and crew members’ families — is required to be tested for Covid-19 three times a week.

Briana has been complying with these regulations without complaint for several weeks — but it seems Javi refuses.

Why won’t this guy submit to a simple nose swab?

And is he really willing to risk his girlfriend’s cushy six-figure job over something so absurdly trivial?

Hopefully, we’ll have the answers to these questions soon.

But if Briana really quits the show over this (spoiler alert: she won’t) the rest of her story might be told in the form of melodramatic Twitter rants! 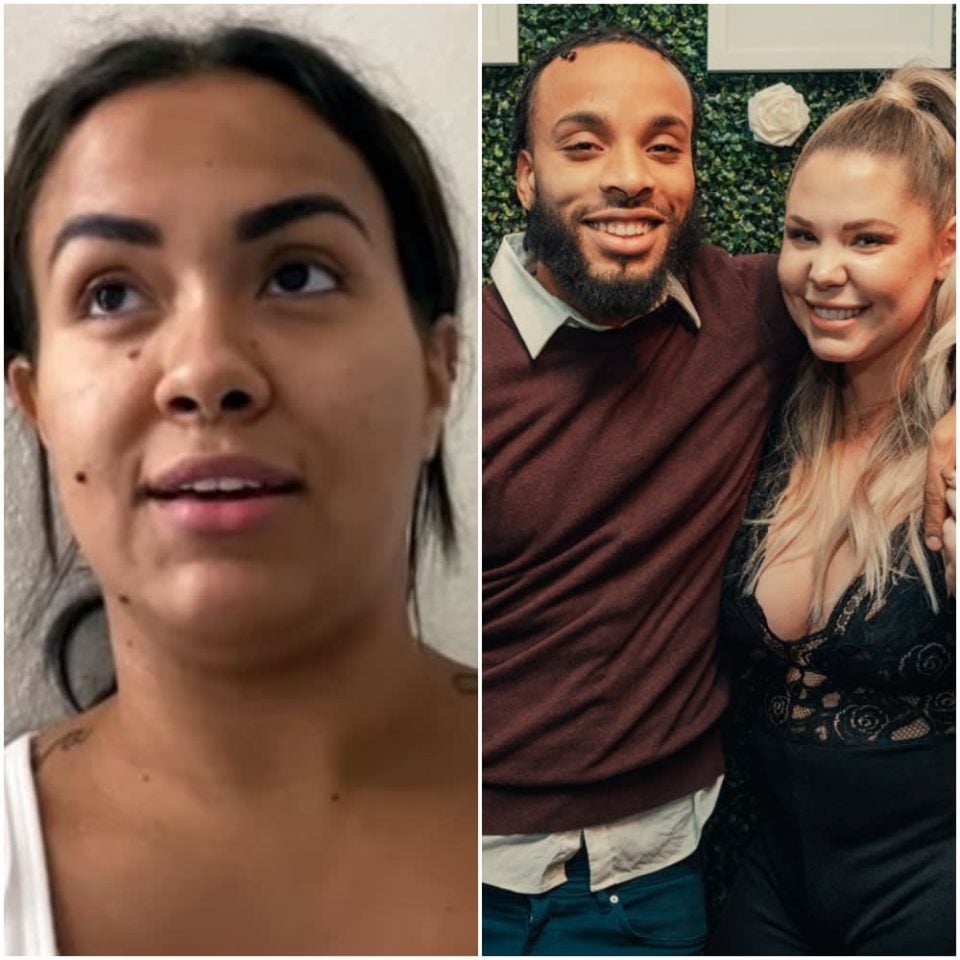