Earlier this month, Teen Mom 2 fans were thrilled by the news that Kailyn Lowry had welcomed her fourth child.

And while no one was more excited by the arrival of baby Creed than Kail herself, the reality is that her current situation is far from perfect.

For starters, this is Lowry’s second child with Chris Lopez, and if you’re familiar with Chris’ past, then we probably don’t need to tell you why that might not be such a good thing.

At best, he’s a deadbeat dad.

At worst, he’s been actively abusive toward Kail throughout their several-year on-again, off-again relationship.

Though Kail has been a single mother throughout much of her adult life, this is the first time that she’s raising a newborn without any real expectation of help from the dad.

Needless to say, it’s a difficult situation, and Lowry has been candid about the fact that she finds herself struggling at times.

Earlier this week, a fan asked Kail point-blank about her mental state, and Lowry’s response was one that a lot of single moms are sure to find highly relatable.

“How are you doing being a single parent? Do you ever get depressed?” the follower asked.

“I think I handle it the best way I know how. We all do the best we can,” Lowry replied, along with a photo of baby Creed sleeping.

“There’s things a single parent goes through that nobody else understands. It’s a different kind of lonely.”

That’s a pretty bleak assessment of her situation, but Kail ended on a hopeful note, adding, “But we push through.”

Kail has referred to herself as a single mom several times in the weeks since Creed was born.

But other comments she’s made have left fans a little confused about her relationship status.

The first surprise came when Lowry invited Lopez to the delivery room despite initially declaring that she would not allow him to be present for the baby’s birth.

Shortly thereafter, Kail defended Chris and discouraged fans from criticizing him simply because he’s "not perfect."

All of this comes on the heels of Kail swearing off all relations with Chris and revealing her utter disappointment with his inability or unwillingness to be a father to their son Lux.

“Things with [Chris] are horrible,” she told People magazine in 2019.

“I don’t have any expectations whatsoever,” she added.

“I literally don’t even know what to think at this point. I can’t change his mind. I’ve walked in my truth.”

After the birth of Creed, fans were shocked by Kail’s willingness to give Chris a second chance, but her latest comments might shed some light on the motivation behind that surprising decision.

Kail is clearly feeling very alone these days, possibly more alone than she’s ever felt in her entire life.

She’s never been close to the family she grew up with, and her two previous baby daddies are married with new families of their own.

Yes, Kail has a close circle of friends, but she also seems to want far more than that.

She might be feeling that Chris is the only one she can turn to for help.

Here’s hoping he doesn’t let her down yet again. 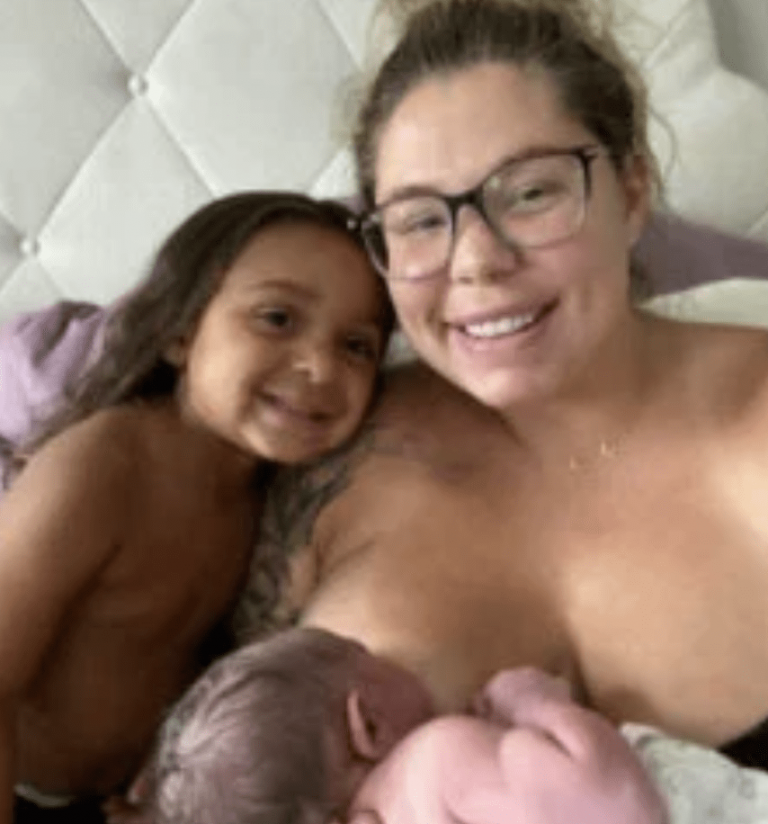