If you know anything about the Duggar family, then you’re probably familiar with the infamous Duggar dress code.

There are many absurd rules that the Duggar kids are forced to follow, but perhaps nothing encapsulates the complete control that Jim Bob seeks over his children quite like the dress code.

Like so many of JB’s asinine strictures, the dress code serves no real purpose and is horribly unfair.

Boys and men are allowed to wear pretty much whatever they want, while girls and women are forced to cover up, so as not to evoke any "impure" thoughts.

And just to underscore how absurdly patriarchal the Duggars’ world is, Jim Bob’s daughters can only be saved from the ridiculous dress code by a man.

As long as they remain unmarried — even if they’re well into adulthood — Duggar women are forced to wear attire that meets their parents’ seal of approval.

Once they’re married, however, their husbands can override Jim Bob’s rules.

For example, Jinger Duggar started wearing pants several years ago, but only after she married Jeremy Vuolo and he gave her permission.

In the years since, some of her sisters have followed suit, while others have continued to sport floor-length skirts and long sleeves in accordance with their parents’ wishes.

For a long time, Joy-Anna Duggar was one of the hold-outs.

In her youth, she was so committed to the dress code that she famously used to lift weights while wearing a long skirt.

In 2017, Joy-Anna married Austin Forsyth, who has since gained a reputation as one of the most conservative men to marry into the Duggar clan.

As a result, it looked as though she would remain confined by her parents’ dress code for the entirety of her adulthood.

So you can imagine fans’ surprise this week when they logged on to Instagram and saw Joy-Anna violating the Duggar dress code by wearing a shirt that revealed her bare shoulders.

Yes, it seems that Joy and Austin brought their son Gideon with them to procure some fireworks in preparation for the Fourth of July.

And Joy decided to beat the summer heat by rocking a sleeveless tee shirt.

That may not sound very revealing, but Duggar women usually keep their arms mostly covered.

For most of her life the idea of going out in public with bare shoulders would have been unthinkable to Joy.

Now, she’s flaunting her right to bare arms on Instagram!

Naturally, this situation has led to rumors that Joy has joined some of her sisters in rebelling against Jim Bob.

As you’re probably aware the feud between Jim Bob and Derick Dillard continues to heat up, and battle lines are being drawn throughout the family.

Jill and Jinger have made it clear that they feel their father is in the wrong.

Jana, meanwhile, is firmly on her parents’ side, and it seems she’s joined by Joy.

Currently, Joy-Anna is pregnant with her second child, and it seems she desires nothing more than a quiet, stable domestic life with her husband and children.

She probably doesn’t have any desire to rock the boat — she just wants the right to rock a sleeveless tee on a hot day. 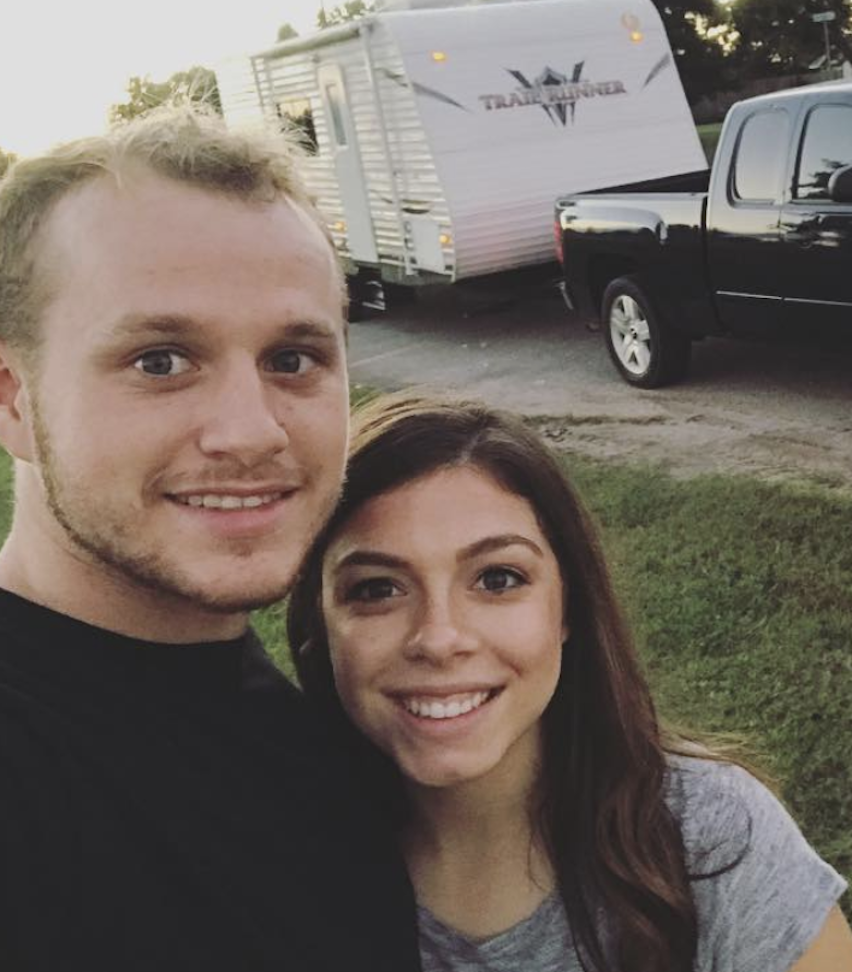