As a result, it can be hard to know whom to side with when Jenelle comes into conflict with one of her loser exes.

But we’ve figured out a simple solution to that problem:

Just sit back, enjoy the drama, and keep in mind that they both deserve everything that’s happening to them.

The latest of Jenelle’s exes to run afoul of the law (they all have, at one point or another) is Nathan Griffith, father to her son Kaiser.

On Tuesday, Nathan was in court for a hearing after a former girlfriend accused him of stalking.

According to The Ashley’s Reality Roundup, the woman’s identity is not being revealed, but the charges were not filed by Nate’s longtime girlfriend, Ashley Lanhardt.

Just last month, Griffith accused Evans of abusing Kaiser, so naturally, Jenelle reveled in the news of his legal troubles. 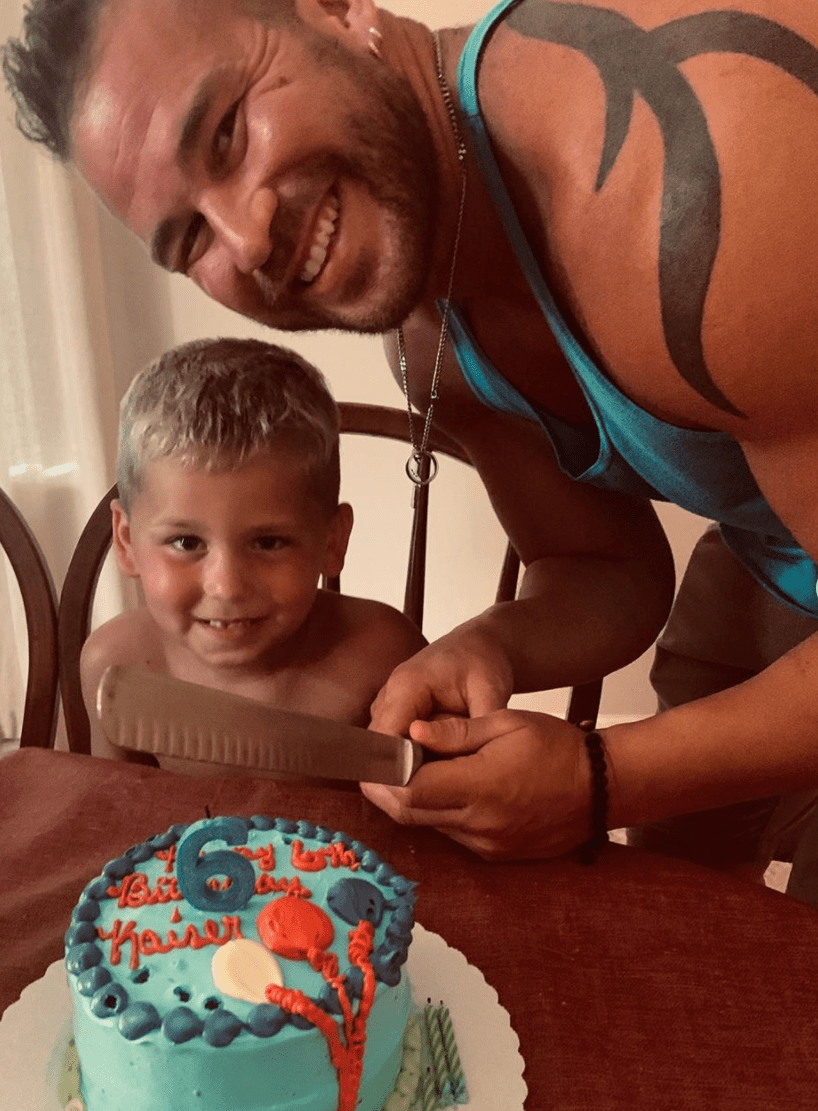 Of course, Jenelle is also a compulsive liar, and — like various psychopathic dictators before her — she’s obsessed with controlling the media.

So she’s worked out a deal with some site called Celebernation that will publish endless pro-Jenelle propaganda in exchange for the occasional exclusive interview or promotion on Jenelle’s social media pages.

Yes, this is the site that published a hilariously pro-Jenelle take on the David Eason pistol-whipping incident.

Unlike Jenelle’s infamous Mic Drop website, it doesn’t look like she’s writing the articles herself, but the ungrammatical word salad published on Celebernation is definitely the sort of thing you’d expect to originate on The Land.

Anyway, the site falsely claimed that Nathan was arrested for stalking, and of course Jenelle plugged the hell out of this ridiculous, factually-inaccurate article.

“I guess karma does exist!" the article begins in true "can’t make this stuff up" fashion.

"Recently Nathan who was drunk ranting on twitter claiming baby momma Jenelle Evans abuses their child ( obviously a lie ) got a little payback because Nathan was just arrested for stalking! Seems like he has a history of invading people’s privacy and creating drama," Celebernation continues,

“I mean Jenelle and kids are literally on social media daily having fun and enjoying there lives. Kids are always happy and smiling, look well-tooken care of to me!”

Despite the article’s claim that “Teen Mom Nathan Griffith is in deep water" (yeah, we don’t get it either), Nathan has never been arrested for stalking, and orders of protection were issued to both parties.

That’s not to say Nate is innocent in all of this, of course.

Remember what we said about Jenelle and her exes all being bad people?

"He has shown a pattern of harassment via social media and text which he then follows up by arriving at my residence where he is unwanted, drunk, belligerent and verbally abusive," the unidentified victim alleged in her petition for a restraining order.

"I am afraid for my safety and that of my child’s. I am afraid that he will act on all of his previous threats."

The woman also alleged that Nathan threatened to assault her unless she had sex with him.

"He has threatened that if I ‘keep denying him’ that ‘by the time he was done with me I would be unrecognizable," she said.

"Another threat he made to me over Snapchat was to ‘sleep with my eyes open.’”

Only Jenelle could look at that situation and think, Hmmm … that’s not quite bad enough. I need to make it worse by spreading ridiculous lies.

Griffith has yet to retaliate on social media, but you can be sure the clap-back is on its way.