Ever since 9 full hours of 90 Day Fiance: Before The 90 Days Tell All footage leaked onto the internet, we have known that Erika and Stephanie had broken up.

Now, Erika has moved on, and is revealing her new boyfriend — and preemptively quashing any weird biphobic hate that she might get.

It is no surprise to anyone who saw their constant quarreling on 90 Day Fiance that Erika Owens and Stephanie Matto are no longer together.

In fact, based upon their interactions at the Tell All, it seems that they are barely on speaking terms.

But this week, Erika took to Instagram to reveal her new boyfriend, Chris, with some very cute photos.

"You make me feel every single colour of the rainbow "

"I can’t wait to see the world together and make every minute a grand adventure."

"So thankful and so so happy"

"P.s leave any bi-phobic comments at the door," Erika cautions her followers and fans.

"And being with this amazing human now," Erika points out, "doesn’t mean I’m not bisexual and it does NOT invalidate my sexuality. Much love x."

While some in her season picked fights or managed to irritate every single 90 Day Fiance star, Erika remains well-liked by fans and castmates alike.

It’s such a shame that, despite that fondness, Erika can’t just announce her new relationship without also preemptively quashing biphobic comments.

But sadly, so many people in this world need a reminder that a bi woman dating a man doesn’t make her "straight."

But sadly, people with agenda driven by bigotry love to "misunderstand" even the simplest labels for human sexuality.

Too often, biphobes will "interpret" bi men as being secretly gay, and bi women as secretly straight.

Curiously, this kind of malicious nonsense frames everyone as, deep down, being attracted to men. Why that may be is anyone’s guess.

Erika and Stephanie endured more than their share of biphobic nonsense during their time on 90 Day Fiance as the franchise’s first same-sex couple.

We’re not just talking about standard homophobia, of people commenting "I don’t support that" or other, more vile posts on social media.

We mean that people were very specifically biphobic towards them — especially towards Stephanie.

From the beginning of the season, some biphobic viewers shared their "theories" about how she wasn’t really bi.

Some said that she must be pretending the date Erika for the show, perhaps as a ploy to gain more YouTube followers.

One, she’s bi. Two, if she were dating Erika for YouTube followers, wouldn’t she have been … um … a little nicer on camera?

People did not question Erika’s sexuality nearly as much, at least not on social media.

Her personal sense of style, her openness, and her association with other members of the LGBTQ+ community made even the rudest biphobes hesitate to call her a faker.

Bi people shouldn’t have to jump through hurdles to "prove" their sexuality to people.

Erika dating Chris does not, of course, mean that she was straight, and it’s sad that we have to write that, just as it was sad that she had to.

People are in charge of their own sexuality labels.

Erika could end up with a man, or a woman, or someone who is neither, or spend her life single — her sexuality would stay the same.

Regardless of the nonsense that she has to put up with in her mentions, we are so happy for her.

Chris is a handsome dude and we wish them a world of happiness together!

They look so cute together. We wonder if we’ll one day see them with matching hair. 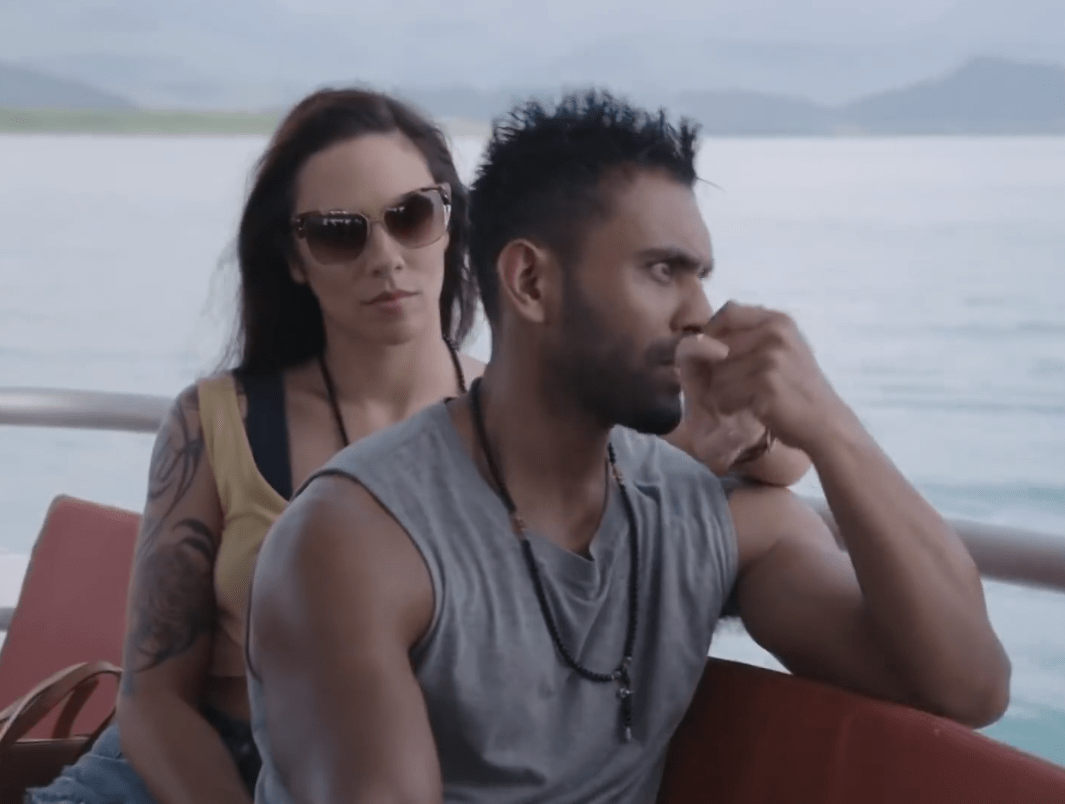 90 Day Fiance Before The 90 Days: How Many Couples Broke Up?