These days, it seems like everyone with a famous name and/or an hour a week to kill has a podcast.

What was once the realm of Joe Rogan, Marc Maron, and a handful of other pioneering comics has now been democratized to the point that anyone with a microphone and a premise can call themselves a podcaster.

The latest newcomers to this world are Jinger Duggar and Jeremy Vuolo.

The couple is hosting a podcast called Hope We Hold, and the first two episodes were released over the weekend.

Jinger made the big announcement on her Instagram page:

"It’s official official, @jeremy_vuolo and I launched a podcast! I hope this will allow us to connect and share in a more meaningful way, along with sharing hope and encouragement with you all," she wrote.

"If you haven’t had a chance to listen in, you can find the​ first two episodes on iTunes , Spotify, Iheartradio, Stitcher, Googleplay, or Pandora," Jinger continued.

"If you are tuning in, tag us in an instastory, we’d love to repost you! Drop your thoughts in the comments below on this post, I would love to hear your opinions! @hopewehold #thehopewehold"

Fans were initially excited, as there was hope that the looser format of a podcast would enable Jinger to open up in ways that she never has on her family’s reality shows.

And whether you love her or hate her, there’s no denying that this is a woman with a story to tell.

Jinger is pregnant with her second child, and while a new Duggar kid enters the world about every eight seconds (or so it seems), Jinger’s circumstances are completely unlike those of the other young moms in her family.

For one thing, Jinger and Jeremy live in LA, which is a long way from her hometown of Tontitown, Arkansas in more ways than one.

Jinger’s "modern" lifestyle has long been a topic of discussion and speculation among fans, and there was hope that this podcast would grant her an opportunity to really open up about hew new way of living.

Unfortunately for fans who were hoping to glean new insights about Jinger’s private life, the podcast focuses primarily on every Duggar’s favorite topic — religion.

Jeremy is currently attending divinity school, and the premise of the show is that he explains complex theological doctrines, and Jinger translates for the sake of her listeners who are not biblical scholars.

Fans are disappointed by the concept for a couple of reasons:

For starters, this was supposed to be Jinger unfiltered — a chance for one of the Duggar family’s most rebellious members to tell her story with no interference from Jim Bob.

Instead, it’s The 700 Club with a Patreon page.

On top of that, the premise undermines the many hopeful rumors that Jinger has broken away from her family’s backward belief system in order to live a more progressive lifestyle.

Jim Bob and Jeremy may have their theological differences, but in the end, about 99 percent of their core beliefs are shared.

And Jinger’s new podcast confirms that she’s still very much a part of that world.

Jinger may have upset Jim Bob when she moved to LA but Hope We Hold reminds us that she’s still very much his daughter. 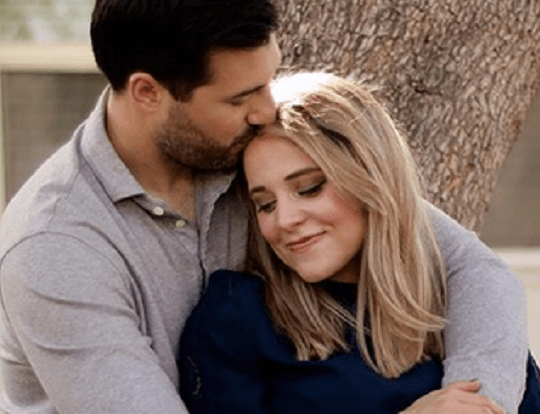