The Duggars are primarily famous for two things — procreation and discipline.

This is a family that loves making babies — and once those babies are born, Jim Bob and company love to bombard them with rules and punishments.

Maybe that mentality is a necessity when you’re raising 19 kids.

Or maybe Jim Bob and Michelle sired 19 children so that they’d have a large group of subjects for their experiments in authoritarianism.

Whatever the case, the Duggars’ child-rearing techniques have frequently made them targets of harsh criticism.

Some have even gone so far as to accuse Jim Bob and Michelle of abuse.

One of the most controversial and widely-debated disciplinary methods utilized by the Duggars is blanket training.

This is the term used to describe a practice in which a child is instructed to remain seated on a blanket that’s placed on the floor.

If the child moves the blanket or even so much as extends a limb beyond its perimeter, he or she receives a swift corporal punishment.

According to the Patheos blog "No Longer Quivering" — which is authored by lapsed members of the Quiverfull movement to which the Duggars still adhere — Michelle first introduced this concept to a baffled audience on the Discovery Channel special 14 Kids and Pregnant Again.

She informed the audience that her version of blanket training involves giving the child a quick "swat" with a wooden spoon when they fail to follow the instructions they’re given.

These instructions serve no practical purpose, mind you.

It’s not as though the mother instructs the child to stay in one place so that she can attend to other matters.

No, in this case, the cruelty is the point.

There’s a reason that Duggars frequently speak of "training," rather than raising their children.

They employ methods and practices that are designed to instill blind loyalty.

The system more closely resembles the methods used by most people when they’re training their pets, rather than raising their children.

Pearl is the author of an infamous book entitled How to Train Up a Child.

According to the authors of the Patheos blog, "[Pearl] talks of using 1/4 inch plastic plumbing pipe, a rod of correction, a wooden spoon, or paddle" in his writings.

Pearl’s book has been found in the homes of two children — Lydia Schatz and Hannah Rose — who died as a result of abuse by their parents.

The following video of Pearl describing and demonstrating his methods may be disturbing to some viewers:

There’s been much debate as to whether or not the younger generation of Duggars engages in blanket training with their own children.

Thankfully, most of them seem to take a more modern approach to household discipline.

That said, given their devotion to rules and regulations, you can be sure there are practices going on in every Duggar home that many modern parents would consider abusive.

And sadly, this stern approach to child-rearing is something that Jill, Jessa, and company inherited from their own parents, and will likely pass on to their own children. 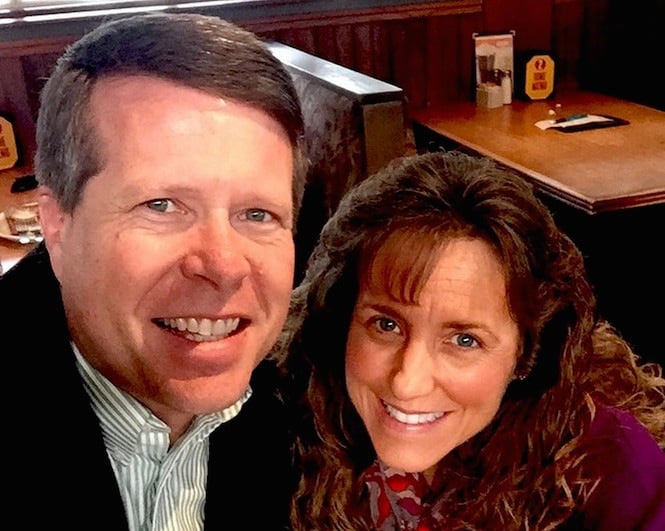