Alex Kompothecras has become the latest MTV reality star to be given the boot due to an alleged history of racially-charged and insensitive messages.

The word came down on Tuesday, just prior to this same network airing the Siesta Key Season 3 premiere.

"We’ve made the decision to cut ties with Alex and are editing the current season to minimize his presence," an MTV spokesperson said last night, adding simply:

"He will not be in future seasons of Siesta Key."

Kompothecras was cut out from the aforementioned premiere, which itself was trimmed from a pair of one-hour episodes to just one 54-minute installment.

The 25-year old came under immense fire when social media users pointed out his apparent use of the N-word and other racial slurs on Instagram.

Kompothecras and his girlfriend, Alyssa Salerno, had been prominently featured on the reality show over its first two seasons – and a recent promo teased more hostility between him and ex Juliette Porter.

We had also heard that upcoming episodes were set to cover Salerno’s pregnancy.

(On Thursday, June 12, Kompothecras and Salerno welcomed their first child together.)

According to People Magazine, meanwhile, Salerno will continue to appear on the series.

"As of now, she is still a part of the show,” an MTV spokesperson tells this publication.

For whatever it’s worth, Kompothecras is no stranger to controversy.

In 2017, he was accused of animal cruelty after being tied to a fishermen responsible for a viral video of a disgusting incident that depictued a shark on a fishing line being dragged behind a boat.

Kompothecras’ father, Gary, has served as a producer on Siesta Key.

Gary has not yet commented on the network’s decision to axe his son.

Thus far, we’ve been unable to track down any of Alex’s reportedly inappropriate messages, but People has labeled them as "racist comments."

And that he shared "white supremacist images on social media."

Again, we have not seen any of these images ourselves, and are relying largely on People’s report. But the action has been taken.

Given MTV’s swift action against him, we can only assume that the material in question is both legitimate and pretty terrible.

Kompothecras’ firing comes as the network continues to clean house.

MTV cut ties with The Challenge star Dee Nguyen following controversial comments she made about the Black Lives Matter movement.

Nguyen garnered backlash for a number of remarks online, including one in a since-deleted Tweet in which she posted:

"IDK why some of you think I’m anti-BLM. I’ve been saying that since the day I lost my virginity."

Similarly, MTV also fired Taylor Selfridge (pictured below) from the Teen Mom franchise due to racially insensitive messages she shared on social media back in 2012.

These messages were addressed on a previous Teen Mom OG episode, but producers decided to let her go.

The country is going through an important moment and movement these days, and there is zero tolerance.

Following the killing of George Floyd by a white police officer in Minnesota, protests have broken out in all 50 states.

There’s a renewed push these days for police reform, social justice and simple awareness of systematic racism in America.

As a result, many viewers are now wondering whether more MTV firings are on the way.

Teen Mom OG star Tyler Baltierra is facing heat once again for using the N-word in a Snapchat video from 2017 (above).

Teen Mom 2’s Kailyn Lowry has deleted her Twitter account amid accusations of racist language directed at her son (below).

Beyond MTV, Bravo has fired Stassi Schroeder and Kristen Doute from Vanderpump Rules due to their racist behavior.

It’s a new era, everyone. 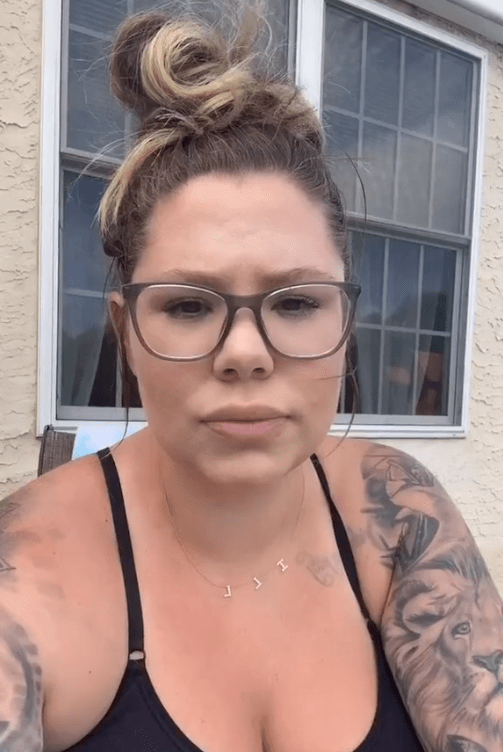