Despite Scott Disick’s ongoing struggles, the self-styled Lord celebrated his birthday this week.

But fans were alarmed when they saw the family gathering together and letting the children mingle. Are they safe?

Khloe Kardashian shared photos of her family’s reunion this week.

Scott’s birthday was on Tuesday, May 26.

The kids could be seen on Khloe’s Instagram Stories playing in a bouncy castle and generally being adorable.

But was this a harmless get-together … or, as many fans immediately feared, a dangerous and unnecessary risk.

"They are all cousins," Khloe explains in her response.

Obviously, being family does not magically make one less likely to catch the coronavirus from each other — if anything, it’s the opposite.

But Khloe quickly details her meaning so that there is no confusion.

"So," she reasons, "we know how they’ve been quarantined."

That number, of course, is key.

She explains: "It is literally what the governor states is perfectly OK to do in the state of CA."

Different states have different rules, some more lenient than others, thanks to a disturbing lack of leadership at the federal level.

The COVID-19 pandemic has us all understandably on edge.

Many of us are aware of our area’s rules but choose to take extra precautions.

Some of us went on lockdown days or even weeks before our states or cities officially adopted hte policies.

Similarly, many of us won’t set foot in bars or restaurants even after they are allowed to reopen (some states are already doing that).

So yes, something being technically permitted by state guidelines doesn’t mean that it’s a good idea.

Why then, would the Kardashians take the risk?

For one thing, they know that they have minimized the risk in ways that only the ultra-wealthy can.

While some people are making less than $10 for jobs deemed essential, millionaires can hole up, stock up, and avoid all risks of exposure.

That’s not a reason to have a gathering, though — minimal risk is still risk, right?

One possible very good reason to get together is for Scott’s benefit.

We all know that he has been struggling with his mental and emotional wellness, particularly during lockdown.

It’s not necessarily that the lockdown itself was bad for him so much that it freed him from distractions from his own issues.

People with various types of depression have relied upon walks, video chatting, and other coping mechanisms, as lockdown is especially hard on them.

Scott, we imagine, was greatly soothed by the presence of family.

Seeing not only his kids but also his various niblings must have been a real source of comfort and peace.

Family will come together in order to lift up one of their own. It’s the Kardashian way.

But as Khloe says, they knew exactly where everyone involved had been, which does provide a degree of risk mitigation.

After months of lockdown, they could have this meet-up without the same level of danger as, say eating in a crowded restaurant.

We hope that the family remains safe, and we’re not just talking about Kris.

Children and young, healthy adults can also be impacted by COVID-19. No family deserves that kind of horror. 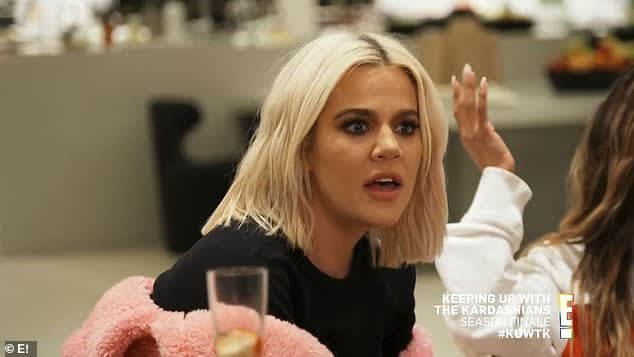