Kailyn Lowry may not be done, folks.

Yes, she has three kids.

Yes, she’s pregnant with a fourth and taking a lot of flak for it and now unfortunately has a reason to be afraid for the upcoming birth.

During a recent Instagram Live session, Lowry — who has admitted to this being perhaps her "toughest pregnancy" to date — was asked the following by a supporter:

“Do you plan on having more or are you done?"

Replied Kailyn: “I’m not getting my tubes tied or anything. So we’ll see."

The key word in that above-posed question, of course, is plan.

Lowry is expecting her second child this summer with Chris Lopez, a man against whom she has an order of protection.

She had that same order against Lopez at the time she had unprotected sexual intercourse with him a few months ago, making it evident that she isn’t exactly a planner when it comes to getting pregnant.

That’s not a statement of judgment. It’s just a fact.

Lowry has often said in the past that she’d love to have a daughter, considering she’s now the mom to three boys — and she’s growing another boy in her womb as we type.

In March, she even revealed the topic of gender selection for future pregnancies came up during a doctor’s appointment.

It seems she’s legitimately interested in learning more about the procedure.

All of this, of course, is a stark contrast to Lowry’s view on having future kids back when she was married to Javi Marroquin.

Way back in those days, Kailyn did often say that she wasn’t interested in expanding her family beyond the son she had with Javi and the son she also shared with ex-boyfriend Jo Rivera.

People are allowed to change their minds, but Lowry has garnered some harsh backlash for going on to get knocked up twice since then by Lopez.

“This s–t irritates me,” one of her Instagram followers wrote this past March. “You told your husband you didn’t want [any] more kids and now look at you, popping them out left and right.”

The soon-to-be mother of four proceeded to explain how she arrived at a new realization after reflecting on a previous relationship.

“My husband at the time blamed me for a miscarriage among other issues we had,” Lowry fired back in response. “Imagine someone changing their mind.”

In the Comment section of her this same March post, another critic blasted the MTV personality, alleging that Lowry is setting a bad example for young women.

“So you have four kids with all different dads. I’m sure other teen moms watching want to be just like you,” the social media user wrote.

Lowry wasn’t about to sit back and just quietly accept such a public trashing.

“I don’t have four kids with all different dads,” the Pothead Haircare founder responded, setting the record straight and referring to Lopez, just not by name:

“Two of my children have the same father. And you know what? I was married to one! And it didn’t work out. LIFE HAPPENS.”

It’s just that the same father with whom Lopez shares these two children appears to be a pretty awful guy, according to Lowry herself.

There is no hope of co-parenting between the parties, as Kailyn doesn’t anticipate Lopez being involved in this baby’s life at all.

“Right now, things are difficult, but I hope he does the things he needs to do in order to make that happen,” Lowry told In Touch Weekly in March, taking the high road at the time and concluding:

"My hope for Chris is that he makes peace with his choices and finds motivation to be successful in life."

And if there’s anyone who knows about the power of motivation, it’s Kail.

In addition to her role on Teen Mom 2, the workaholic mom is a bestselling author, a podcast host, and a successful entrepreneur.

Kail obviously values effort and ambition, which is one reason fans are so baffled by her attraction to Chris, who seems to be allergic to employment.

But the heart wants what it wants, and it seems tha Kail was once irresistibly drawn to this Delaware deadbeat.

We’re sure she’s grateful for the child he’s given her and the one on the way.

But here’s hoping Kail is able to resist her attraction to Chris going forward.

It doesn’t seem to be healthy for either party. 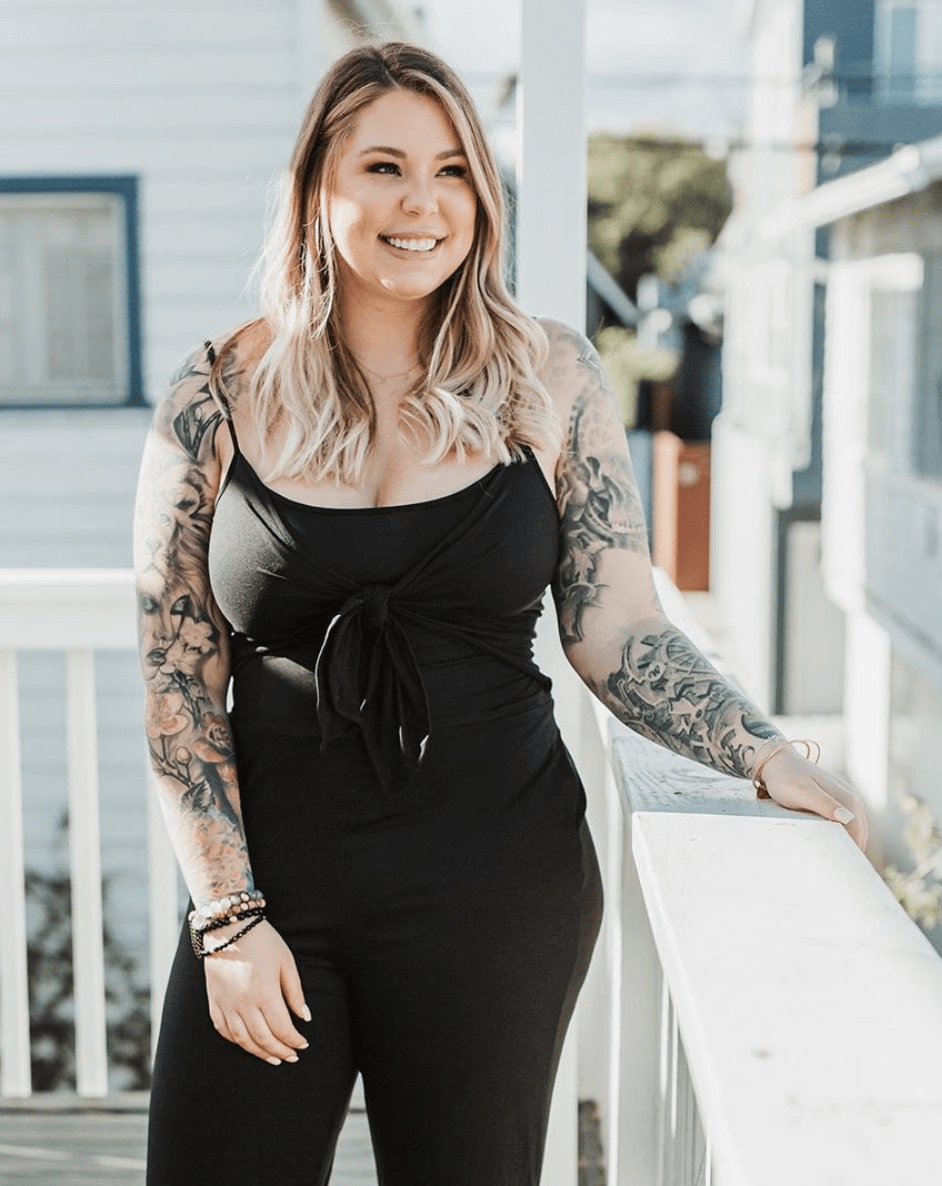 Kailyn Lowry: Forget Chris Lopez, I Got a New Man!