When Josiah Duggar married Lauren Swanson back in 2018, fans were quick to offer congratulatory remarks on social media — but many expressed misgivings, as well.

The problem was that along with his sister Jinger, Josiah has developed a reputation as one of one of very few rebels in his family.

Of course, Duggar kids are expected to follow such strict rules that "rebellion" in Jim Bob’s eyes might consist of nothing more than refusing to conform to the family’s infamously strict dress code.

But according to a former Duggar friend and employee who spoke with The Hollywood Gossip exclusively, Josiah’s disobedience goes well beyond a casual disregard for some of his family’s more arcane rules and regulations.

In fact, the source says, Josiah was so persistently defiant in his youth and young adulthood that Jim Bob became desperate to marry him off in the hope that domestic life would force him to settle down.

When Josiah and Marjorie broke up — a virtually unheard of occurrence in the Duggars’ world — Jim Bob’s desperation only grew, and he reached out to a family with similarly ultra-conservative values in search of a suitable bride for his disobedient son.

Eventually, Jim Bob reached a deal with Dwain Swanson, who offered up the eldest of his nine children.

"He was already getting to like the outside world while he was still in his teens."

The Duggars maintain an insular — some would say cult-like — environment in their home and community, and interactions with "the outside world" are tightly regulated and kept to a bare minimum.

It wasn’t all that long ago that Jinger was disowned by her parents for the crime of moving to Los Angeles with her husband.

She’s since been welcomed back into the Duggar fold, but the fear of losing another child to a more secular life in a coastal metropolis has become a driving force for Jim Bob.

It seems the patriarch is determined not to repeat that experience with Josiah — but he might have trouble corralling his most unruly son.

"Josiah has stuck with his dad only for the money. It’s all about money for Josiah. He’s crazy as a ran-over dog," he adds.

"To be honest with, you I don’t look for that marriage to last," the source says, referring to Josiah and Lauren.

Asked about the origin of Josiah and Lauren’s relationship, our informant recounts the type transactional scenario one seldom sees in the modern world.

"Her dad came up from Georgia to be [at the wedding], and Dwain is a nice guy. He’s nothing like Jim Bob," says our insider.

"He’s very conservative, but he’s nothing like Jim Bob. His children do have have some say."

The source went on to reveal that while Dwain Swanson consulted with his daughter, Josiah had little to no input in the matter.

He was getting married whether he liked it or not.

"How that marriage came about, Jim Bob made some sort of deal with Dwain and said, ‘We’ve got to do something about Josiah."

The insider reveals that Josiah and Jim Bob recently butted heads over a Facebook page that Josiah created under a fake name.

"When Jim Bob found out about that, it disappeared. It was gone in an instant, and you heard nothing from Josiah for a long time," says the source.

"It turned Josiah’s world upside down. He was flying under that deal," our insider tells us.

"And where he screwed up is, he posted a picture that he took right in his own driveway. And people who know him know that driveway."

The source went on to state that Josiah posted a profile picture in which his face was partially obscured by a hat and sunglasses, but he posed in the driveway of his parents’ house next to a pickup truck owned by Jim Bob, its license plate in full view.

Needless to say, Jim Bob was quick to realize that his son had once again broken family rules, this time by creating an illicit social media account.

"Jim Bob shut him down instantaneously … Even with his glasses and hat on, you could tell it was Josiah," the tipster adds.

Jim Bob and Michelle to go great lengths to shield their children from influence from the secular world, but they also seek to prevent their kids from directly communicating with outsiders for fear of family secrets being revealed to non-believers.

Thus, Josiah’s Facebook page was a threat for a number of reasons.

No doubt the discovery of Josh Duggar’s Ashley Madison account — which he used to try and cheat on his wife, Anna Duggar — was fresh in Jim Bob’s mind.

At this point, it seems that Jim Bob is hoping Lauren will succeed where Anna Duggar and Marjorie Jackson failed by bringing an insubordinate Duggar son to heel.

Obviously, that shouldn’t be her job — and it sounds more and more like Jim Bob will be disappointed by the results. 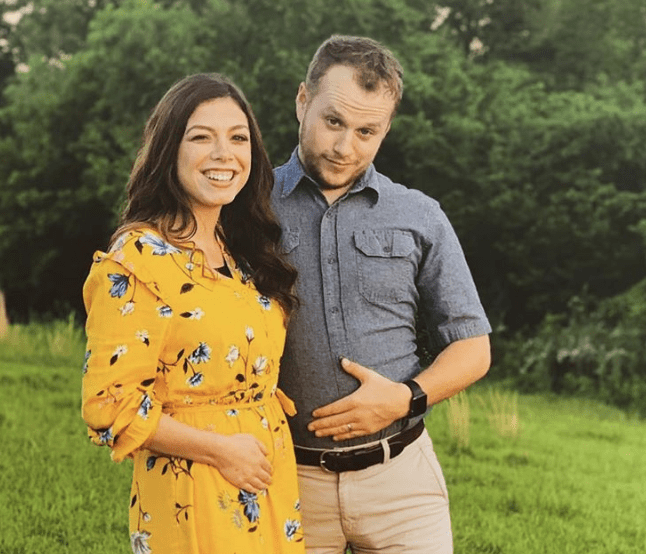