This month, the Giudices finally bit the bullet. Teresa filed to divorce Joe after two decades of marriage.

Now, Joe is worried about his family, including his soon-to-be ex, for one very sweet reason.

From Italy, Joe loves and misses his family and wishes that they could be together for multiple reasons.

"Joe Giudice always worries about Teresa and his daughters," an insider tells HollywoodLife.

According to the source, Joe worries "because he isn’t there."

"But," the insider continues, "he knows Joe Gorga is there if Teresa needs anything."

"Her brother is really her rock in a lot of ways," the source acknowledges.

"With their dad now gone and Joe [Giudice] not being around," the insider says, "it’s kind of brought them closer together."

A lot of people bond during times of crisis.

Whether it’s the pandemic or grief at the sudden loss of a loved one, even close family can grow closer.

"The Gorgas have been with Melissa Gorga‘s family," the source notes.

"Including her sisters and mother," the insider adds, "and their kids and spouses."

The source explains that this was "while Teresa and the girls were at their home."

Hopefully, none of them were unwitting carriers of COVID-19 and therefore did not pass it to anyone else.

"Joe Gorga is back with wife Melissa and her family now," the insider notes.

Again, hopefully, even after the small and beautiful memorial for Teresa’s late father, everyone will remain healthy.

And any gathering carries a risk of exposure and passing on the coronavirus.

There was a time last month with Joe, despite being in Italy, appeared to not be taking the pandemic — or lockdown orders — seriously.

After some backlash, he quickly changed his tune, emphasizing that he understood the danger to the community.

Italy has been one of hte hardest hit countries on the planet during this pandemic.

As much as Joe wants to see his girls again soon, it may have to wait a while before it is safe to travel.

Giancinto Gorga passed away after a lengthy period of failing health.

He was beloved as Nonno by Teresa’s daughters, by Joe and Melissa’s children, and by the entire Real Housewives community.

The beloved patriarch was always there to emotionally support his family, even if he sometimes gave advice that they did not want to hear.

Nonno was a man who believed in people living their lives and being happy, and he will be remembered as such.

Teresa of course could not have the large memorial that she would have wanted.

But she and her brother gathered their respective children for the memorial, where they released doves into the air.

An emotional Italian ballad played in the background while they remembered their grandfather fondly.

We are sure that Joe Giudice wishes that he could have been there for his daughters and even for his soon to be sex-wife, but he could not. 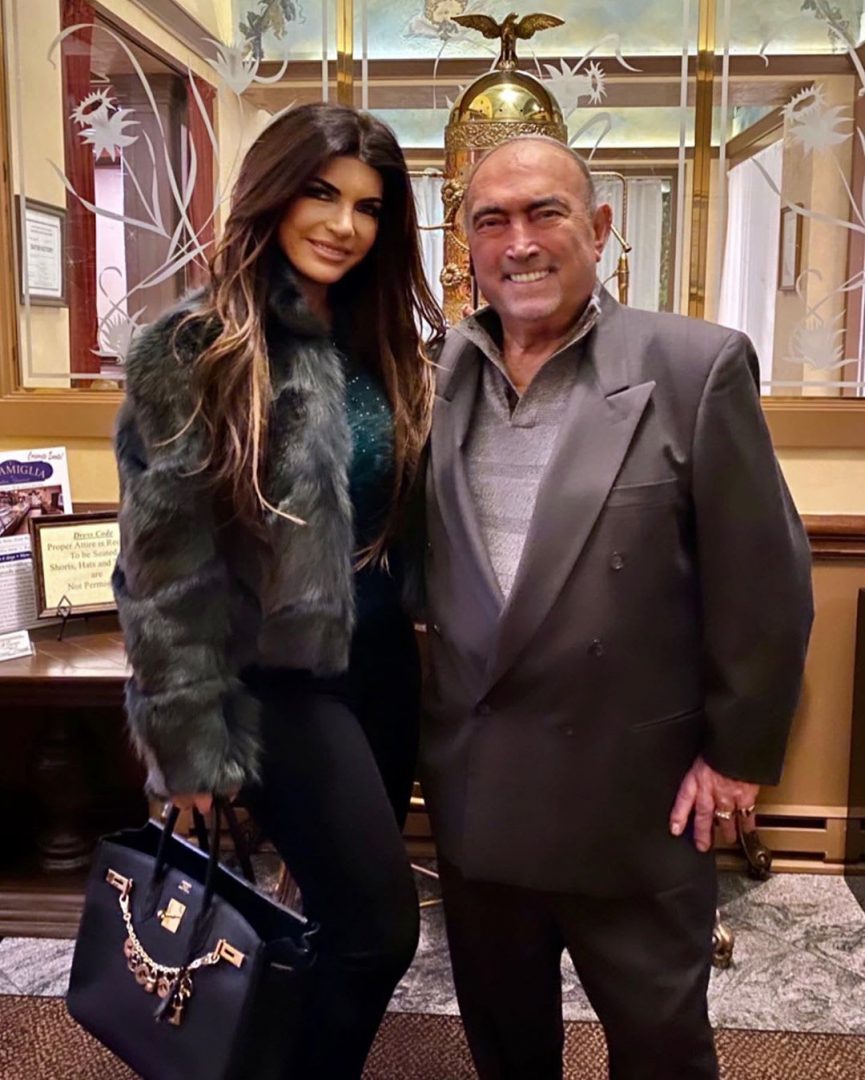 Teresa Giudice Comforted by Real Housewives After Losing Her Father