This has been a rough pandemic so far for Audrey Roloff.

That could be taken as a very dumb and obvious statement, we know.

It’s been a rough pandemic for everyone, right?

But Audrey and husband Jeremy Roloff were taken to task just over a week ago after they shared some thoughts on the ongoing shelter-at-home orders that have been placed across the nation.

The Little People, Big World alums were accused of being privleged after offering followers advice on how to handle being stuck inside for an undetermined period of time.

Wealthy folks with a lot of land and no concern about job loss really shouldn’t be even trying to go there, the argument has gone.

They simply can’t relate to the average citizen.

Now, meanwhile, Audrey is once again getting dragged online for seemingly ignoring social distancing requirements; the ones made by medical experts.

The backlash has been generated by photos Audrey shared on Easer, such  as the ones above and below, which make it clear she and Jeremy dressed up for the special occasion.

Did they do so in order to socialize and/or celebrate with others?

Yes. That’s the assumption of critics who have let their voice be heard online.

“What happened to social distancing? There’s still a pandemic going on out there BTW,” one person reminded the 28-year-old.

“Just wondering why you aren’t isolating? Your [Instagram] Story shows pictures of you and others."

And a third chimed in as follows:

"I noticed a picture you took with your sister. Aren’t there rules about social distancing and stay-at-home orders in Oregon right now?

"As an influencer, I would have hope that you would influence people to social distance. There are hundreds of thousands of people dying, and here you are enjoying an afternoon with your family.”

To be fair, we don’t know exactly what Audrey’s afternoon entailed.

We don’t know who she saw on Easter Sunday or whether those people have been following social media guidelines themselves.

We can say, however, that is certainly does give off a bad appearance to get all dolled up and walk around outside during a dangerous time such as this.

Perception can sometimes be reality, you know?

Previously, Audrey and Jeremy got slammed for claiming they were "cooped up" at home, considering many photos on Instagram of the family out and about on their property.

“I understand you don’t understand what the majority of us are dealing with. You are wealthy. You have the farm to go to,” one podcast listener wrote as a critique, for example, adding:

“I am low-income. Yet needed. I put my family at risk every day to bring people food and supplies. My husband just was laid off, and our kids are home, so if he somehow gets another job, I have to quit mine. How are you qualified to tell me not to complain? Or be angry? Or frustrated?”

This individual added that Jeremy and Audrey “live in a bubble” that the “majority” of the population has “no access to."

Think this feedback is too harsh?

Is Audrey just trying to offer words of inspiration and hope and people need to chill out?

Or would Audrey be far better served these days to take a social media break and/or to realize that her lot in life makes it nearly impossible for her to relate to almost any of her fans out there? 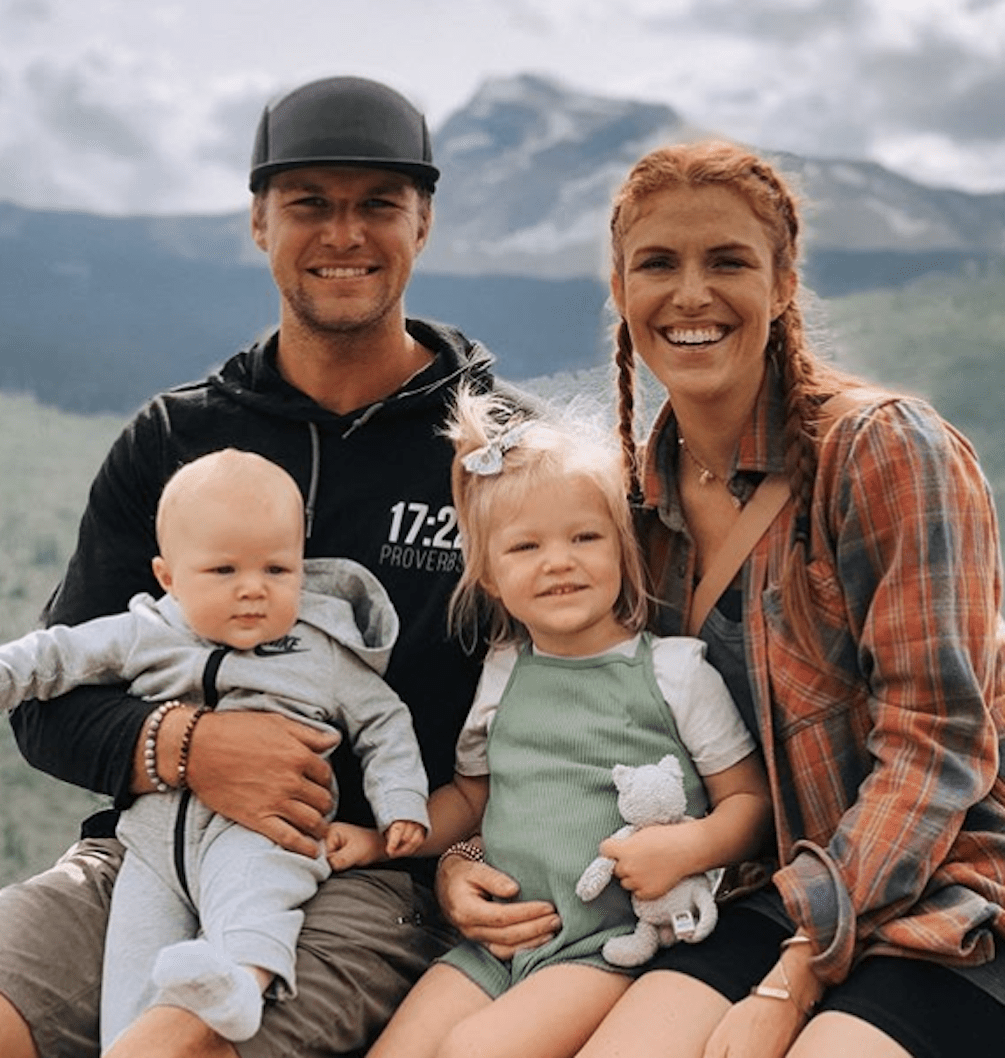