Couples that quarantine together, stay together!

Or… in this case, get back together?!

On Wednesday, 90 Day Fiance fans everywhere were shocked to find out that stars Ashley Martson and Jay Smith have been um, bonding — or should I say, "flattening the curve" — together.

Ashley and Jay have called it off — and back on — more than a few times, and now it seems they may be back on?

The two announced their reunion to the world by making a TikTok video together. (And honestly, that’s the only content we are here for right now.)

*PSA: No, Insta fam, we are not here to watch you bake bread and do living room pilates, but so happy for you.*

Although Ashley and Jay didn’t exactly, you know, explain their current situation to us (are they dating? Are they friends? Are they hooking up??), they did share a little PDA, along with some other insightful clues.

The first TikTok posted showed Jay, 22, posing by himself before Ashley, 33, walks into frame and he kisses her on the cheek (!!).

"Maybe, this quarantine isn’t that bad after all," the Jamaican native captioned the video to his Instagram.

The video then shows them popping and spilling champagne everywhere. Yes, they’re living their best ~quarantined~ lives, clearly.
They even took on the Flip the Switch challenge together where Ashley echoed the same caption, "Damn, maybe this quarantine isn’t so bad after all," to her own post.

On top of all of that evidence, Ashley was wearing a red shirt that read "taken" on the front during the video. So, like, ok we get it!

It’s pretty clear that Ashley and Jay have no bad blood, which is just beyond concerning considering the amount of times he has cheated on her in the past.

You know it’s bad when the publicist can’t even explain what’s going on ATM. (sighs)

"Ashley and Jay are not yet divorced. They are still legally married," a publicist for the mom of two shared during an exclusive statement with In Touch.

"I can’t confirm the status of their relationship, if they are back together or not, at this time."

While the status of their relationship is not yet *officially* confirmed, one thing we do know is that fans are not super thrilled about their reunion.

"Oh, god, this mess is back," added another with the eye-rolling emoji. A third wrote, "How did I know this was gonna happennn. LMFAOOO."

Despite the circumstances, I guess we’re just glad they’re staying in and able to have some fun during these trying times. 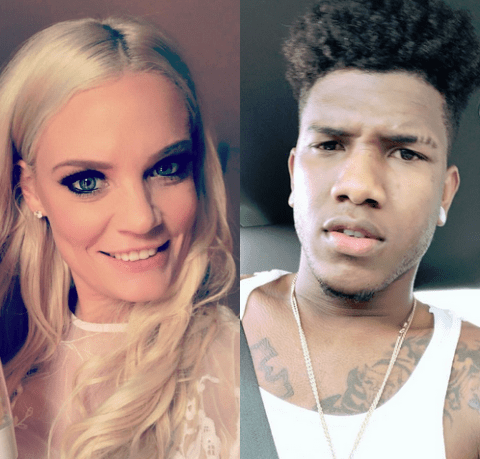 Jay Smith: I Was a Good Husband to Ashley! TLC FAKED My Cheating!