Tragically, disturbingly, depressingly for the sake of the little girl trapped right in the middle of all this drama…

… here we go again between Ronnie Ortiz-Magro and Jen Harley.

According to TMZ, the veteran Jersey Shore personality has filed for legal protection against his infamous baby mama and ex-girlfriend, Jen Harley, after she allegedly got violent at the star’s Las Vegas residence.

If true, this would mark approximately the 79th vicious altercation between the exes, who share an almost two-year-old daughter together.

Her name is Ariana and we constantly feel horrible for her.

The latest incident reportedly took place around 6 p.m. on Saturday and it prompted Ronnie to call the police.

Once officers arrived on the scene, Ronnie told them Jen had hit him in the face after waking him up from a nap, irate.

What caused her anger? Ronnie says Harley accused him of cheating because she discovered another woman’s makeup in the trash.

(Editor’s Note: This would obviously imply the two are somehow still together/back together, which is just… OMFG, you guys. Get the heck away from each other already.)

Based on Ronnie’s account of events, Harley got physical, attempting to poke Ronnie in the eye and striking him in the face multiple times.

TMZ insiders claim Ronnie suffered cuts and bruising on his face and swelling under his right eye as a result of Harley’s actions.

Harley had left the premises by the time the cops arrived and has not been placed under arrest.

The situation is now under investigation.

Ronnie and Jen welcomed Ariana in April of 2017; within weeks, they were trashing each other in extremely ugly fashion on Instagram.

As recently as this past December, Harley had accused Ronnie of cheating on her (with Snooki!), while also saying that he assaulted her.

This allegation followed Ronnie’s October arrest (also for assault), in which he allegedly went after Harley in Los Angeles, held a knife to her throat, snatched Ariana out of her arms and locked himself inside of a home.

Police had to break the door down and tase Ronnie at the time in order to take him into custody.

As far as we know, Ronnie faces many years in prison for this arrest.

Harley, however, has also seemingly attacked Ortiz-Magro on multiple occasions, hurling a glass ashtray at him on New Year’s Eve 2017 and getting arrested that same year for dragging him down the street by her car.

Due to this latest confrontation, Ronnie’s lawyers tell TMZ that a judge has granted Ortiz-Magro an emergency order for protection against Harley and that the order is in effect through February 25.

"Regrettably, on Saturday night, Ronnie Ortiz-Magro was, again, the victim of a domestic violence incident at the hands of Jennifer Harley," one of these attorneys says.

"At that time, Ms. Harley entered his home while he was sleeping and started viciously assaulting him."

HOWEVER, Jen’s lawyer points to the restraining order that Harley has against Ronnie and denies that any new legal document has been granted, stating last night:

"Contact that Ronnie Ortiz had with Jen Harley recently was in violation of the restraining order in effect against him.

"We have not received any restraining order against her, and if Jen does get served with one, we will oppose it. Jen just wants to raise her baby in peace."

Yeah. We’re sorry to sadly say that it is way too late for that. 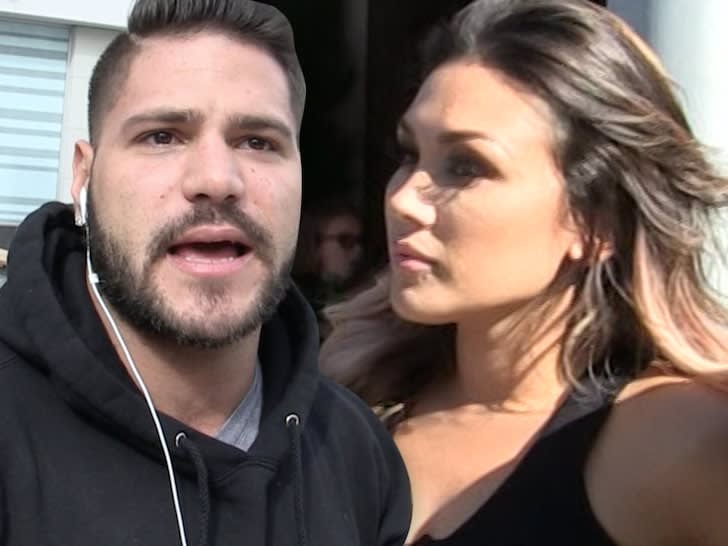