Well, after several years of endless turmoil, it seems things are finally looking up for Joe Giudice.

As you probably know Giudice pled guilty to tax evastion back in 2013.

Following his release, Giuidice was deported to Italy after spending several months in ICE custody.

These days he lives in a small Italian village, and while there are certainly worse punishments, Joe is separated from his four daughters by several thousand miles, which is heartbreaking.

Joe is also separated from Teresa, of course, but it seems he’s not having much trouble getting over that.

After all, Teresa started dating a younger man while Joe was still locked up.

These days, TMZ reports that she’s moved on from that relationship and is hooking up with a pool contractor whom she dated in high school.

One might think Joe would be upset by how quickly his wife has moved on.

But it seems he’s followed suit by quickly and easily leaving his marriage in the past.

Joe is still barred from entering the US, but he’s not prohibited from visiting Mexico.

And from the looks of this video obtained by TMZ, Juicy Joe is very much enjoying his time south of the border.

As you can see, Joe recently spent some time dancing poolside with four bikini-clad women.

According to the site, Joe was later spotted enjoying the ladies’ company in an oceanside cabana.

Giudice and his unidentified female companions are reportedly staying at the same hotel — feel free to use that information to jump to whatever conclusions you see fit.

We’re sure Joe would give up his new lifestyle in a heartbeat if it meant regaining his US citizenship.

But as consolation prizes go, he do a lot worse.

Later that same day Joe posted a short video of what he claimed were eagles flying over the beach.

"Flying! Soar like a [bird emoji]! We are never alone, we are always surrounded by Mother Nature’s beauty!"

"Nothing like being free," Joe said in the clip. "Free as a bird."

Maybe you have to lose your freedom in order to fully appreciate it.

Whatever the case, it seems Joe has learned some valuable lessons about making the most of every moment. 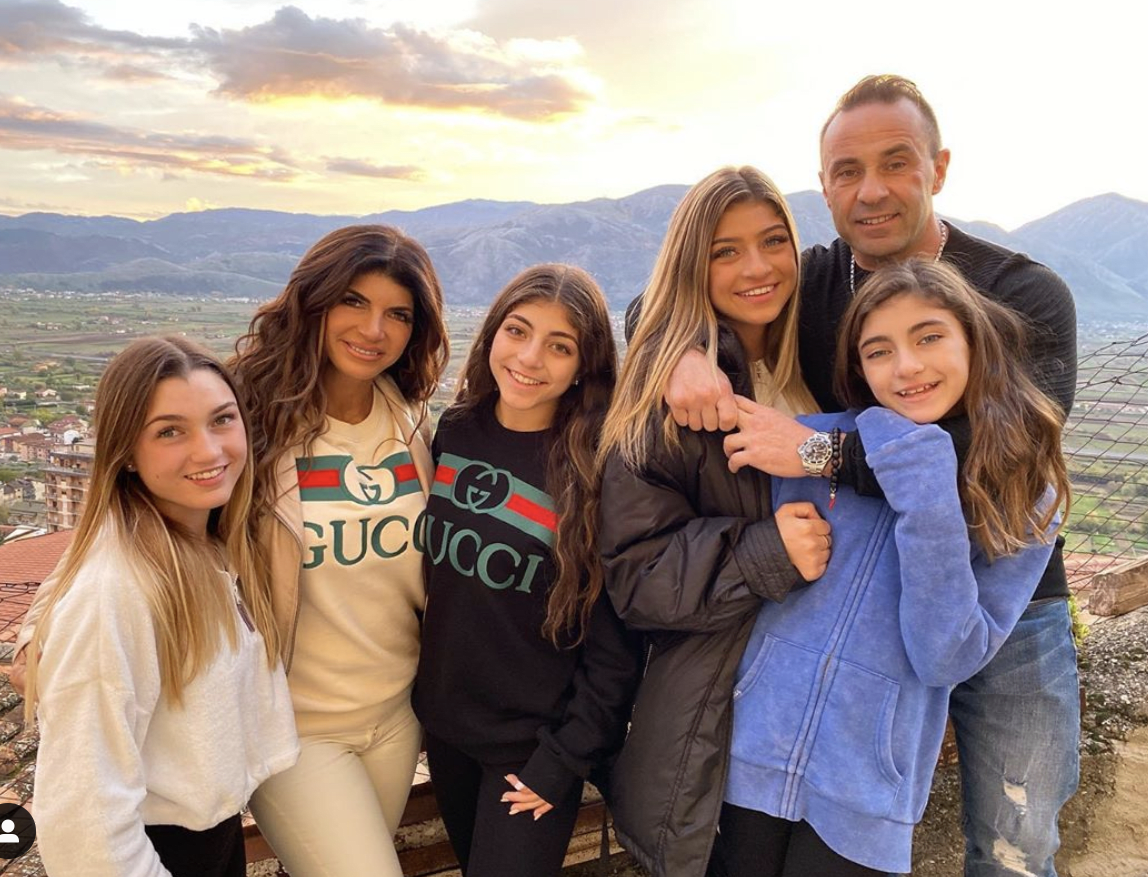 Teresa Giudice Goes to Italy: See all the Family Photos!