She thought she was just giving a precious little puppy a new home.

And both those things may very well be true…

… but the Teen Mom star also gave her critics fodder for hatred upon showing off this new canine on Instagram.

Because the dog is a Cane Corso and, as a result, his ears have been cropped off.

"our family grew by one more #itsaboy," wrote Lowry as a caption to the above snapshot, perhaps unprepared for the criticism that soon followed.

"Look at the stitches in that poor pups ears!! Why would you buy puppy who has been mutilated?? He’s just a baby," read one of the harsher remarks in response to Kailyn’s newly-adopted bed.

The MTV personality had also taken home a Cane Corso in September (that’s adorable Karma directly above) and received similar complaints about his ears.

For this reason, Kailyn just spoke to In Touch Weekly in order to set the record straight and let the world know that she would never harm an animal.

"The ears were cropped before I got her, so that was out of my control,” Lowry told this tabloid three months ago, elaborating this time around as follows:

"It’s not something that’s a make or break for me when looking for a new dog. Both of my dogs ears were already cropped before I got them because it’s breed standard."

The Cane Corso Association of America even advocates for the process, stating that floppy ears are a hazard because they can be latched on to by other dogs.

This is what the organization writes on its official website iin regard to the controversial topic:

Ear cropping, though a personal decision for many owners, is a truly fundamental aspect of Cane Corso tradition.

We do not incorrectly refer to a dog with un-cropped ears as having ‘natural’ ears.

In nature, there is no such thing as floppy ears that close off the ear canal like the man-made breeds of dogs we have created.

It is not natural for dogs to have long floppy ears that hang over their ear canals closing them off to the air and light. Cropping restores a functional, upright ear.

“I’m not going to refuse a puppy a home just because their ears are cropped and some people don’t believe in it,” Lowry told In Touch.

This sounds good in theory, of course.

However, a user made a very good point in response to Kailyn’s purchase of Karma back in September.

“Buying a dog with cropped ears encourages breeders to carry on inflicting that pain on puppies,” this person wrote. “Just saying.”

And we’re just saying this:

Stop adopting from a breeder, Kailyn! There are, literally, millions of shelter dogs desperate for love and attention across the country.

Oh, and since have you here: People who insist on vaccinations for all kids are not Nazis, either… 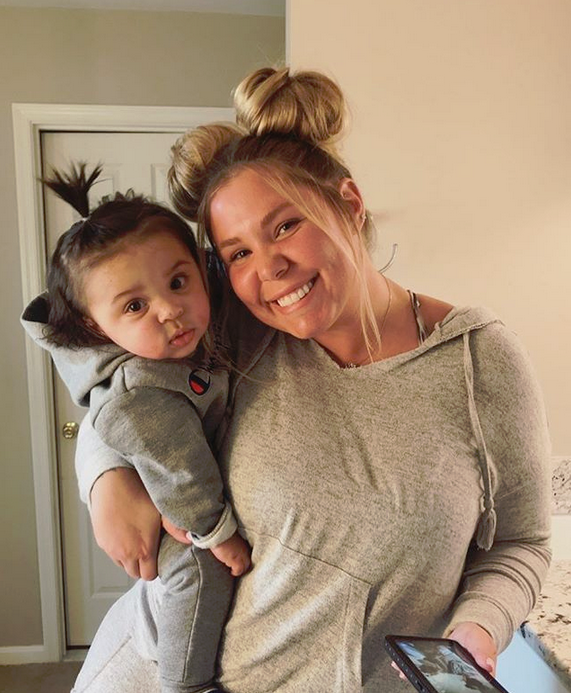 Kailyn Lowry: People Who Want Me to Vaccinate My Kid Are Nazis!