This week, 90 Day Fiance: The Other Way star Laura Jallali blamed reality TV for ruining her marriage, though she celebrated having a new man.

Her husband, Aladin, is not thrilled about any of that.

He says that neither TLC nor he are to blame for the end of the marriage. He places that blame squarely on Laura’s shoulders.

Speaking to In Touch Weekly, Aladin starts of course by making it clear that he and Laura are no longer together.

"I can confirm that Laura and I separated in late July 2019," Aladin confirms.

Notably, it was in July that he first purged Laura’s photos from his Instagram.

Laura would claim that they were still togther, and that he had deleted her pics because he was tired of "haters" insulting her.

"There is no possibility of reconciliation," he emphasizes.

Aladin lists the reason for the collapse of their marriage, and his story is very different from Laura’s.

He continues: “[She] sought to belittle, disrespect, and humiliate me publicly."

It is unclear if he means Laura going for coffee and saying that his jiggy jiggy only lasted two minutes, or other things that we did not see.

Aladin says that Laura did all of this "in order to gain fame and popularity."

"And finally,” Aladin says. “Because she has publicly stated that she is with another man."

That other man would be Raul Cabrera, Evelin Villegas’ longtime (and lovesick) friend.

Aladin notes that Laura announced as much "even though we are not divorced yet."

Yes, after the Tell All was filmed, Laura no longer had a legal place to stay in the US, had no home in Canada, and could not return to Aladin.

So she hung out with Evelin in Ecuador and has been doing so for weeks.

It’s not clear if she and Raul are really an item or merely pulling a prank on fans, but 90 Day Fiance blogger John Yates did catch them kissing on Instagram Life.

Their motives could be anything from attraction to a desire to make Aladin and Evelin jealous to Laura finding herself another guy who wants to live in Canada.

But Aladin is done with her, regardless.

"I wish her no harm," Aladin concludes. "But I wish to put this difficult ordeal behind me."

The two are divorcing, despite Aladin’s halfhearted agreement to marriage counseling during the Tell All.

It sounds like neither of them are going to get what they want out of the other.

She says that when her pension was cut off (she blames the show for that), she told Aladin that she could no longer pay rent or sponosr his visa to Canada.

She says that this is what Aladin wanted — and predicts that he now has so many thirsty fans that he’ll make his way there soon.

Interestingly, Aladin did seem to admit to part of that during the Tell All.

He said that he’d spent his money on their wedding, which was why he had her paying the rent.

Folks, if you want to trade getting somebody citizenship for sex with a major hottie, you can both agree to do that. Maybe don’t go on reality TV, though.

Appearing on camera changes the way that you view your situation, and it’s easy for things to spin out of control. 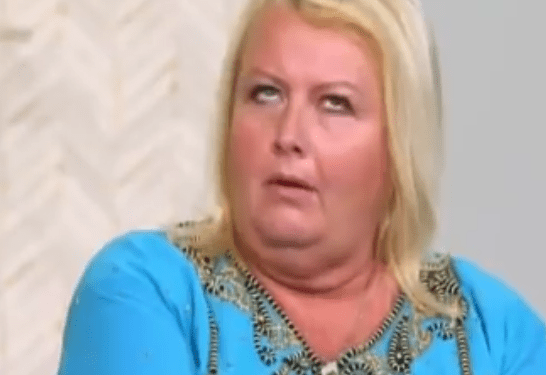 90 Day Fiance The Other Way Tell All Part 1 Recap: Who’s Getting Divorced?