At one time or another, just about every star in the Teen Mom universe has publicly griped about the demands of the show.

Whether it’s the haters, the editing, or the never-ending feuds among co-stars, it seems the six-figure gig isn’t as cushy as many fans seem to believe.

Prior to being fired from Teen Mom OG, Farrah Abraham probably did the most complaining.’

She was closely followed by Jenelle Evans, who was later axed from Teen Mom 2.

(Though it’s worth noting that Jenelle’s firing had less to do with her complaints and more to do with allowing her husband to murder the family dog.)

But none of those cases have prevented Kailyn Lowry from speaking her mind about the unique challenges faced by young moms in the spotlight.

To be fair, Kail’s comments are not complaints so much as observations about her complicated relationship with the show.

After all, she couldn’t really pursue secondary careers as a podcaster and memoirist if she weren’t willing to be totally honest and candid with her fans.

No one wants to buy an autobiography that’s really just a thinly-veiled 300-page advertisement for MTV.

In keeping with her long history of being real with fans, Kail spoke her truth in a recent interview with Hollywood Life.

Asked about the ongoing issue of the annual reunion show taping, Kail revealed that she took a stand by refusing to bring her children with her to the marathon filming sessions.

"I started refusing to bring the kids because of all the drama and I think the other cast members felt the same way or they had the same reservations around the same time," she told the outlet.

Yes, Kail is essentially Teen Mom 2‘s de facto labor leader, winning new rights for the other moms and setting an example as to how they should interact with their bosses.

“And it was just a huge, as far as the reunion segments go, they were long days," she added.

"We were all in the studio with the kids for like 12 hours. So it just didn’t make sense to have us all there and do it that way. So I started saying, ‘Well, I’m not bringing my kids.’"

Of course, Kail says she might be inclined to think of the situation differently now that circumstances have changed (read: Jenelle Evans got fired).

"Well, now that we’ve done it a little bit differently I would like to film a reunion segment with my kids so I don’t know, we’ll see about this year,” she told Hollywood Life.

Some fans have suggested that Kail’s decision might be a bit of a bummer for the kids of TM2.

After all, the reunions were one of the only times they all got to see one another — and it’s not like the kids at school can relate to their situation.

But Kail insists that’s a non-issue as there was very little interaction among the offspring at the tapings.

“The kids don’t see each other — they don’t remember each other,” she said.

Besides, at least Kail’s kids can still hang with Leah’s during the increasingly frequent Lowry-Messer joint family vacations! 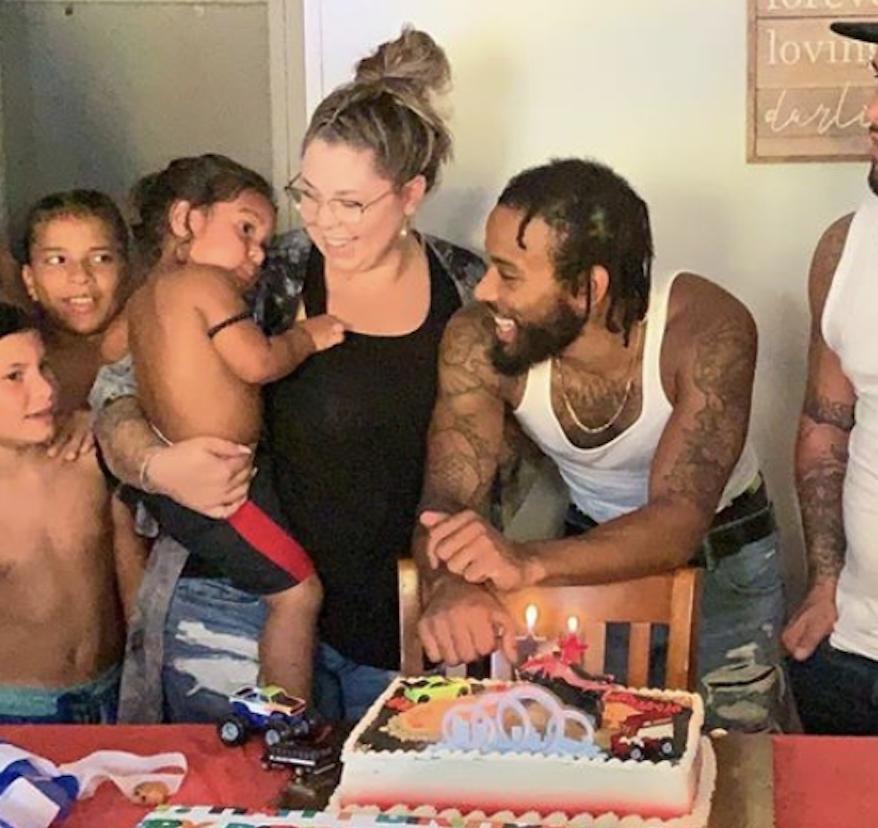 Kailyn Lowry: I’m “Back Together” with Chris Lopez!