In the weeks since Amber Portwood was arrested for domestic assault, Andrew Glennon has made the questionable decision to answer fan questions about the situation on social media.

But believe it or not, the move seems to be paying off.

Most Teen Mom OG fans are already #TeamAndrew, and his candor with regard to the situation is only helping his credibility.

Some of Andrew’s observations are obvious, such as the fact that Amber is sick and has no business raising children.

But others have been much more enlightening.

Recently, a fan asked the question that’s been on all of our minds — namely, how the hell can a seeming sane individual get involved with Amber Portwood with all the terrifying information that’s out there about her?

Andrew’s response is simple, if a little tough to believe.

He says he essentially went into this thing blind, having no knowledge of just how dangerous his baby mama can be.

"I only saw her interviews while working that show,” he explained.

“But even if I did see the other stuff, is it real? Is it for camera? You can’t really tell. I’m a firm believer of people being able to change, I have. Wasn’t easy," he added.

"I’m still trying to evolve. If true love sparkles at you, you must give love a chance. You must.”

Amber, of course, has claimed that she’s the real victim, insisting that if anyone tried to attack Amber, they’d wind up much worse for wear.

“If [Amber’s] accusations were true I’d be dead long ago… does she strike you as the person who’d put up with that type of sh*t for a second? HA! No f’n way,” Andrew replied to a curious fan.

He added that his ex “needs help and the sooner she acknowledges that, the healthier and happier she will be.

Obviously, we have no way knowing what happened behind closed doors in this relationship, and it remains to be seen if Amber will be convicted of assault.

But one thing is for sure — Andrew is absolutely annihilating her in the court of public opinion right now.

Amber is used to breaking up with clueless rubes like Gary Shirley and Matt Baier.

Clearly, Glennon is much more media savvy, which should come as no surprise, given his career as a television producer.

But he was still dumb enough to enter a serious relationship with Amber Portwood, so how bright can be?

At the moment, Amber can only see her son during supervised visits, but she’s fighting for increased custody rights.

It’s a safe bet that this situation will get much uglier before it gets better. 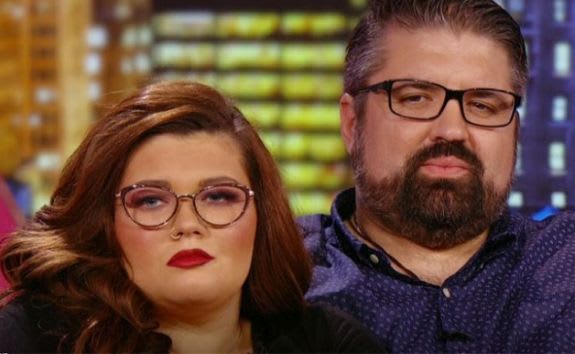 Amber Portwood: Andrew Glennon is a Danger! He Drives Drunk!