There’s only so much that Matt Roloff can take, you guys.

He’s heard the rumors, he’s heard the innnuendo and, by his own admission, he’s been trying hard to remain on the "high road."

But the Little People, Big World star finally had to say something… lest his reputation continue to be ruined.

Allow us to explain, okay?

Over the past several weeks, Matt has found his name getting dragged through the mud by a surprising source: His ex-wife, Amy.

The couple spent 27 years as a married couple, prior to divorcing in early 2016 after welcoming four wonderful kids into the world and operating a very successful farm business together.

Ever since, the two may have had small issues here and there — but they’ve remained mostly amicable in public, co-starring on their TLC series and even living a mere 100 yards or so apart on their Oregon property.

But this all changed earlier this summer.

In various sections of her memoir, Amy wrote about the end of her relationship with Matt.

Without explicitly stating that Matt slept with his current girlfriend, Caryn Chandler, while still married to her… Amy did very clearly write that Matt acted inappropriately with Caryn before he was officially single.

Without ever citing Chandler by name, Amy writes in her book that “farm manager” was “around more and more often," expounding as follows:

“Then it dawned on me. Matt and our farm manager, who had been working for us a number of years by then, seemed to have more than just a working relationship or friendship,” she writes in this biography, adding in one charged chapter:

"I saw messages, pictures, and other things that should not have been shared between people who just worked together and were still married to other people.

In a separate interview in late May, Amy reiterated the claim that Matt basically cheated on her with Chandler.

"I believe – this is all from my perspective – that there was more than just friends going on," she said at this time of Matt and Caryn. "And I think that evolved to a point where that got in the way of our marriage as well."

Initially, after these excerpts and quotes went viral, Matt chose not to really response.

At first, he simply shared a lovely photo on Instagram and wrote as a caption:

“@carynchandler1 and [I] sitting here amazed at the simple beautiful moon lingering brightly over the farm as if to say ‘Keep taking the high road. It’s the only one that matters!’” 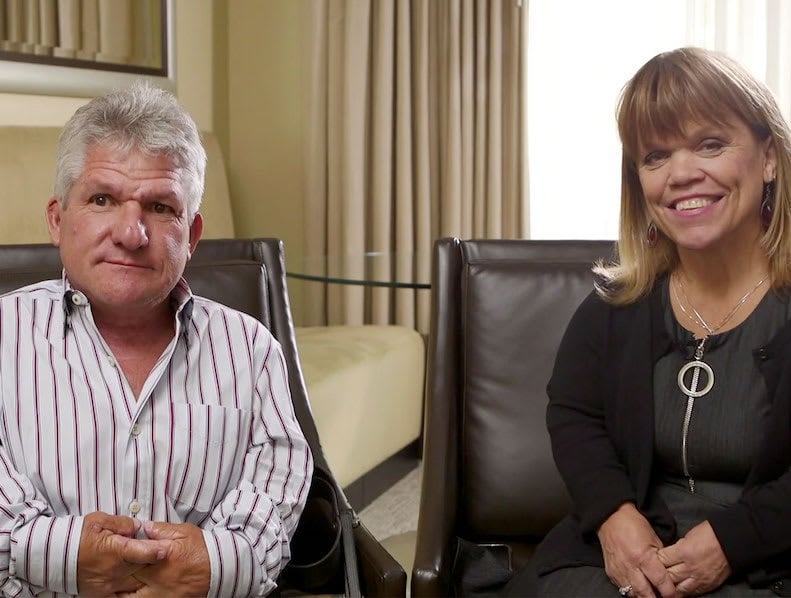 Matt Roloff Fires Back at Amy: I’m Better Than You Are!

But enough of that high road crap, Matt has finally decided.

He hasn’t come out and straight up fired back at Amy or anything.

However, he’s also chosen to no longer sit back and let others say detrimental things about himself, his girlfriend and his romantic history.

Especially not when some stranger dares to jump in and make wild assumptions about Chandler. To wit:

"This lady was dating Matt when he was still married to Amy and she’s there for the money," wrote a social media user on Instagram this week, to which Matt simply had to say the following:

"You couldn’t be further [from] the truth."

Most fans involved in the Comments section of this post  were strongly on Matt’s side in the fight.

“Matt I feel bad that the opinionated old harpies just don’t let up on you or Amy. Thank goodness they are less than 1 percent of those who post on your page. I admire your restraint in dealing with them," wrote one individual, which actually got Matt’s attention.

"Thank you — LOL," he replied. "I actually call it ‘the 1 percent’ too. I use that to describe that sector of society that I really feel bad for."

What do YOU think, folks?

Did Matt cheat on Amy, at least in the emotional sense? And should this alter our view of the reality star if so?