The following photo is too cute for words.

It’s our job to write many words about things and people within the world of celebrity gossip, so we’re gonna go ahead and give this a shot…

In honor of the very first time he can celebrate Father’s Day for a personal and important reason, Prince Harry has gone ahead and shared a new picture of the person who has made this possible.

We’re talking about the Royal Stud’s only child to date, of course, Archie.

The latest member of Great Britain’s most famous family entered the world back on May 6 and, aside from one public outing two days later, has mostly been kept out of the spotlight ever since.

Harry and polarizing wife Meghan Markle have been caring for the newborn away from London and all the cameras, onlookers, press, etc. over the past five weeks or so.

But Harry took a break from this hiatus on Father’s Day.

“Happy Father’s Day! And wishing a very special first Father’s Day to The Duke of Sussex,” reads the caption on Harry and Meghan’s official Instagram account to the image above.

Really, does it get any more precious?!?

The snapshot features young Archie’s tiny hand wrapped around the finger of his father.

And while the bottm half of Archie’s face is covered up, this is actually the best look we’ve gotten so far of the brand new human’s eyes and head.

Just over a month ago, meanwhile, Markle and Harry celebrated her very first Mother’s Day as an actual mother by also sending an emotional message to her fans around the world.

They did so as a caption to another picture of their son.

“Paying tribute to all mothers today — past, present, mothers-to-be, and those lost but forever remembered. We honor and celebrate each and every one of you,” the Royals wrote along with a picture that showed Meghan tenderly touching her son’s tiny feet at the time.

"This is the first Mother’s Day for The Duchess of Sussex.”

Harry is probably celebrating Father’s Day at the family’s cottage home in Windsor.

From what he’s said in public so far, he seems to really be taking to parenthood.

Just days after Archie’s birth on May 6, Harry told journalists:

“It’s great. Parenting is amazing. It’s only been two and a half days, but we’re just so thrilled to have our own little bundle of joy.

“[We look forward to spending] precious times with him as he slowly, slowly starts to grow up.”

Enjoy it while you can, man. Time really does fly. 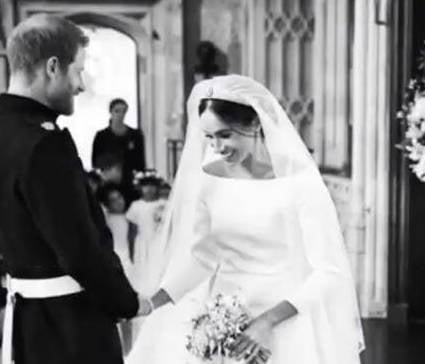