Fans have learned more and more about Josh Duggar’s molestation scandal in recent years, mostly about how the truth stayed buried all those years.

Now, a former member of the Duggars’ congregation is revealing how the young girls — his victims — coped.

These children suffered while their parents worked hard to keep Josh’s crimes from embarrassing their church.

In a stunning new interview with RadarOnline, an ex-congregant of the fundamentalist church the Duggars attend is speaking out.

This time, it’s about how the Duggar girls — the victims of Josh’s monstrous sex crimes — suffered after the scandal.

The inside source was aware of then-teen Josh’s bad reputation.

The insider reveals that many within the insular church knew that he had molested five young girls — and that at least two of them were his sisters.

(As has long been reported, four of his five very young victims were his little sisters)

The source recalls a particular incicent with Jill, who along with Jessa came forward in 2015 as one of Josh’s victims.

According to the insider: "Jill was having a really rough day not long after that." This was in the early 2000s.

"And," the source continues. "She ran into a room crying, ‘Josh did something really bad,’"

The former congregant explains that it was not just Jill.

"All the girls were just struggling on how to deal with it," the insider expresses.

The former churchmember recalls how the Duggar children coped with the horror of one of their own being a sex criminal.

Apparently, they each had their own way of processing what had happened and responding to the quiet scandal.

Jim Bob and Michelle made one thing clear, however.

Josh was not permitted to play with any of the other children at church.

Even if they believed that he had been "cured," they probably wanted to avoid further rumors or stigma.

This ex-congregant says that Jinger Duggar wrote in her journal in order to grapple with what had allegedly been done to her.

"She didn’t have anyone to talk to," the insider laments, well over a decade after the fact.

Writing and self-expression, even if it’s limited in a strict household like the Duggar home, is a good coping strategy.

But actual children who have suffered like that usually need therapy.

It is important to note that, unlike Jill and Jessa, Jinger never identified herself as one of Josh’s victims.

The children may have been the survivors, but Jim Bob and Michelle was not unaffected by Josh’s crimes.

"There was a lot of fear going on," the source recalls.

Fear that his sexual predation would be discovered and become public knowledge, apparently.

The insider has described Jim Bob working with other churchgoers to hire attorneys to bury the truth.

"Jim Bob would look really sad and burdened whenever it came up," the source says.

Strict religious environments can be an ideal stalking ground for predators because of a culture of shame — and a culture of ritualized forgiveness.

"I don’t think they hated Josh,” the insider says of Josh’s sisters.

The source explains that this is because “there was so much brainwashing going on in the church."

(This is, after all, an ex-congregant)

The insider says that the Duggar children were raised to "genuinely forgive and want to forget."

And that is how people like Josh keep getting shielded from the law and are put in environments surrounded by potential victims. 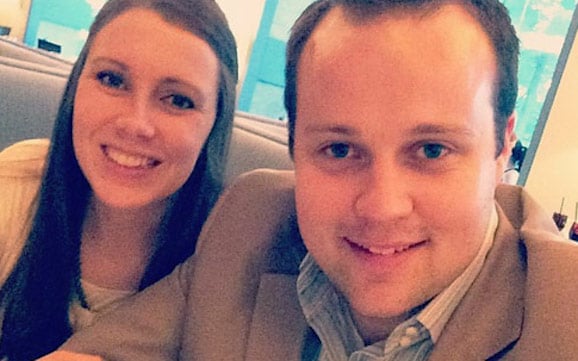