90 Days fans were recently treated to the teaser trailer introducing the season 3 cast of 90 Day Fiance: Before the 90 Days.

One new couple, Rebecca and Zied, already has fans ringing alarm bells because of their intensely angry interaction in the trailer.

Now, Rebecca’s son has apparently come out of the woodwork to weigh in on her relationship with Zied and set the record straight.

On Wednesday, a person claiming to be Rebecca’s started a topic on the 90 Day Fiance Reddit.

"Well the trailer is out so I guess we can talk about it now!" the redditor writes in the introduction.

He included a photo of himself with Rebecca, along with his baby, presumably Rebecca’s grandchild.

The bulk of the drama here stems from the revelation that Rebecca is still married, and not to Zied.

In fact, 47-year-old Rebecca has been married three times, and already has three children from these prior marriages.

The teaser trailer features a scene wherein Rebecca reveals to Zied that she’s married, and he does not take it well.

Zied, a handsome 26-year-old from Tunisia, is outraged by the bombshell, telling Rebecca she is "not a good woman."

The interaction worried fans who were understandbly distressed to see a man shouting aggressively at a woman.

It doesn’t help that Zied comes from a more conservative country where women historically don’t have the same rights they do here.

Of course, it’s too early to make any judgment about Zied’s gender politics, and to some extent his anger is warranted.

If you’re still married, it’s important to divulge that to any new partners before sleeping with them.

At the very least, maybe mention it before they make plans to pack their life up and move overseas to be with you.

It seems Rebecca’s son knew the situation wouldn’t read well, and came to reddit in order to curtail any misconceptions.

He answered a ton of questions, but tried not to dish too much, since he was worried about violating the NDA he signed.

In response to the fans who’ve already said Zied is a terrible partner, Rebecca’s son says not to worry.

"I hope I don’t get in trouble for saying this," he prefaces, "but he’s actually a surprisingly nice guy."

"Just for the record," the Redditor writes, "my mom and Zied get along incredibly well in actual life."

The alleged son clarified that this has always been the case for the couple.

"I was in contact with both of them the whole time she was in Tunisia," he points out.

"They love each other," he concludes.

The Redditor makes a point of contrasting this relationship to bad ones that Rebecca’s had in the past.

He claims he didn’t get along with Rebecca’s last husband who came in from Morocco, whose name he was instructed not to reveal.

"I lived with her when she brought him to America," the son recalls.

He explains, "He and I had major issues and I moved out."

"He messages me frequently asking about my son, who was in the hospital."

The original poster explains that this unnamed man from Morocco is the same person to whom Rebecca reveals she’s still married.

But he also wants people to chill a little, because the situation isn’t as explosive as it seems in the trailer.

According to his post, Rebecca married the Moroccan guy before she met Zied, and he’s not in the picture anymore.

"They aren’t together anymore, but they haven’t divorced yet," the Redditor explains.

If this alleged son is to be believed, Rebecca kept a pretty big secret from Zied, but the couple is over it and moving forward.

It’s rare for fans to get so much info about the 90 Days couples this far ahead of the series. These nondisclosure agreements are no joke.

But anyone can get on Reddit and claim to be whoever they want. Can we really trust everything the poster said?

Fortunately, Starcasm did some digging and was able to corroborate a lot of the info.

According to Starcasm, Rebecca married her third husband (The unnamed Moroccan) in September of 2013.

This was the same month she finalized her divorce with husband #2.

The same report claims Rebecca has in fact already filed for divorce from her current husband as of last month.

She and her Moroccan husband have been serparated since January of 2018.

Starcasm speculates the divorce was uncontested by both parties, since they both signed a marital settlement agreement last September. 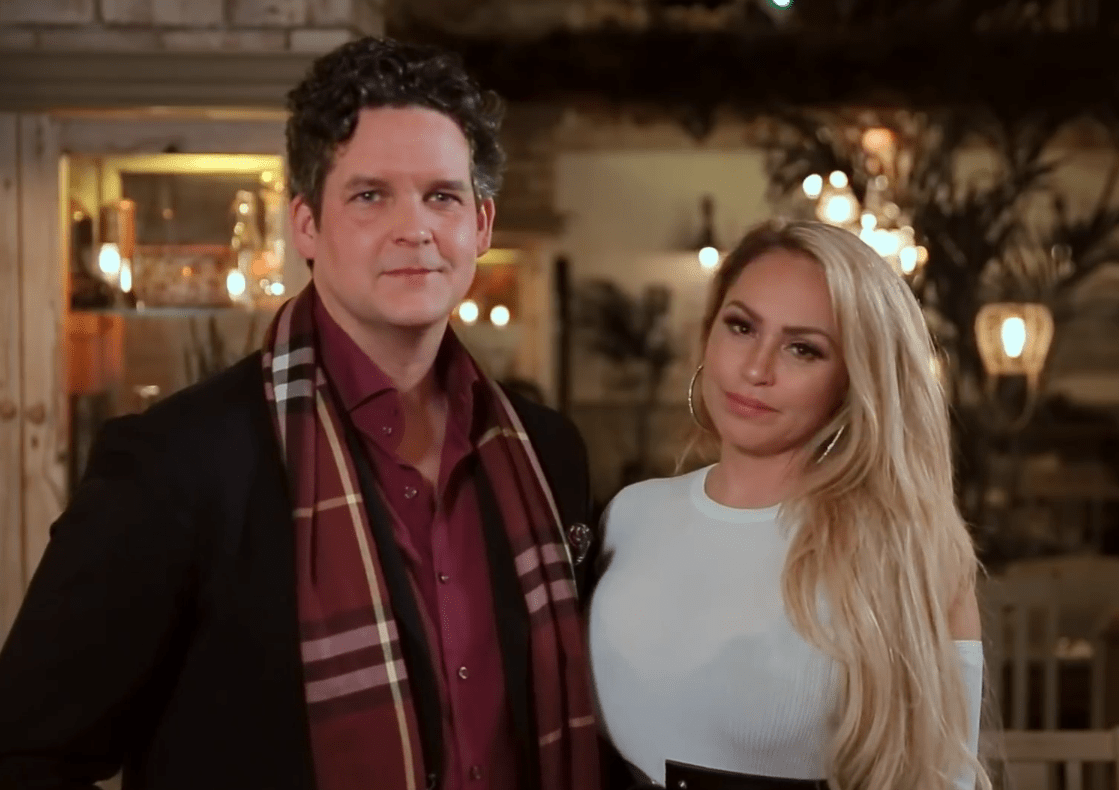 So, although she’s still married, it looks like the wheels are in motion and Rebecca will be able to officially marry Zied soon.

Fans can breathe a collective sigh of relief, knowing that Rebecca and Zied aren’t actually fighting over long-kept secrets.

We hope to see some of that chemistry Rebecca’s son mentioned as we get to know Rebecca and Zied on screen.

90 Day Fiance: Before The 90 Days will return for season three this August on TLC.