Lamar Odom has been in rare form lately.

Actually, he probably behaves like this quite often, but we don’t know about it because the world collectively decided to stop paying attention to Lamar sometime around 2016.

Anyway, Lamar has a new memoir out, and in order to promote it, he’s dredging up the past and airing his dirty laundry like never before.

Lamar’s revelations started out bonkers and got even more batsh-t with time.

He started off by telling the world that he slept with over 2,000 women, many of them while he was married to Khloe Kardashian.

From there, things got progressively more insane, as Odom revealed that he threatened to kill Khloe on at least one occasion.

As you can imagine, Khloe is somewhat less than thrilled with being forced to relive her abusive relationship publicly.

But despite the fact that he must know this whole experience is extremely painful for his ex, Lamar persists in blathering about Khloe.

The worst part is that he seems to be doing it purely exploitative reasons, essentially mining his disastrous marriage for promotional material.

Actually, on second thought, the worst part might be that Lamar is still envisioning a future in which he gets back together with Khloe.

Asked about his pie-in-the-sky fantasies of reconciliation during a recent interview with Us Weekly, Lamar revealed that he’s “still open” to the possibility of giving his marriage a second chance … as though ending it was his idea.

“As far as I’m concerned, but that’s a better question for her,” he elaborated, clearly sending the message that he’s just waiting for her to give the go-ahead.

Yes, Lamar certainly knows how to win back a mistreated ex — further traumatize her by forcing her to publicly relive the worst parts of the relationship!

The last time KhloMar spent any real time together is when Odom suffered an overdose that nearly claimed his life.

When Us asked Lamar what message he would like to send to Khloe about how he’s changed since those dark days, he offered up a bunch of meaningless platitudes:

“I’m just a different man now,” he told the tabloid.

“You know what’s so crazy that you say that because I remember when I came out of the coma [in 2015 after a drug overdose], and I moved in the house in Calabasas in the same housing community that she lives in.”

“Because I was still damn near fried or just basically getting over being fried, I didn’t even know how to show her that I was empathetic, you know what I’m saying, and sorry and that I still loved her,” Odom continued.

In fact, it seems Lamar is making Khloe’s situation way, way worse with every word that comes out of his mouth. 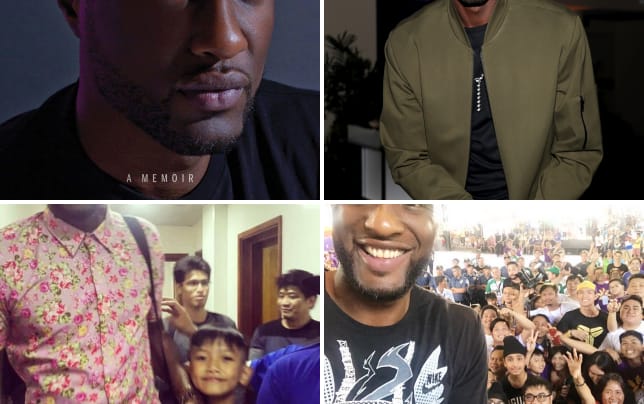