Usually, when there’s some controversy surrounding Anna Duggar’s social media presence, it has to do with fans being upset that the reality star is still married to Josh Duggar, despite their admonishments to divorce him.

This time, however, Anna’s followers were stunned to see the mother of five looking like a completely different woman.

Yes, believe it or not, that’s Anna on the far right.

The photo was posted by Jana Duggar in celebration of a visit from her longtime friend, Laura DeMasie, who recently relocated from Arkansas to Georgia.

Given all the speculation about Jana and Laura’s relationship (It’s long been rumored that the two are more than friends.), you might think that the comments section would’ve been loaded with innuendo.

Instead, all eyes were on Anna as fans marveled at her physical transformation.

"I thought that was a relative of Anna’s. Looks like her but also doesn’t," wrote one fan.

"Anna is tall and she looks different in this pic!" commented another.

"Why does this not look like Anna?! Haha!! She looks like a high schooler! Not a bad thing at all," a third pointed out.

We’re sure Anna is beaming at all the complimentary comments.

For once, there was no significant trolling on a Duggar social media post, which is a nice change of pace.

There was, however, one big question on the minds of many commenters:

What’s Anna’s secret to shedding the pounds so quickly after birthing five children?

Unfortunately, it looks as though fans might be disappointed to learn there’s no magic bullet solution at work here.

In fact, as far as we can tell Anna’s path to weight loss consisted mainly of increased physical activity, primarily walking.

We first caught a glimpse of Anna’s new physique last month, and it seems the slimming down has only continued since then.

Also around that time, Anna revealed her workout regimen, which led many hopeful fans to speculate that she was preparing to leave Josh and re-enter the singles scene.

That hasn’t proven to be the case, but Anna has inspired fans by proving that it’s possible to lose the extra pounds without dramatically altering one’s lifestyle.

Anna set a goal of walking 50 miles in the month of February.

She exceeded that milestone by 5 miles, and kept the initiative going with her "March Through March" campaign.

Clearly, all that hard work is paying off — and as a bonus, if Anna does decide to leave Josh she’s all ready to dive back into the dating pool. Just sayin’. 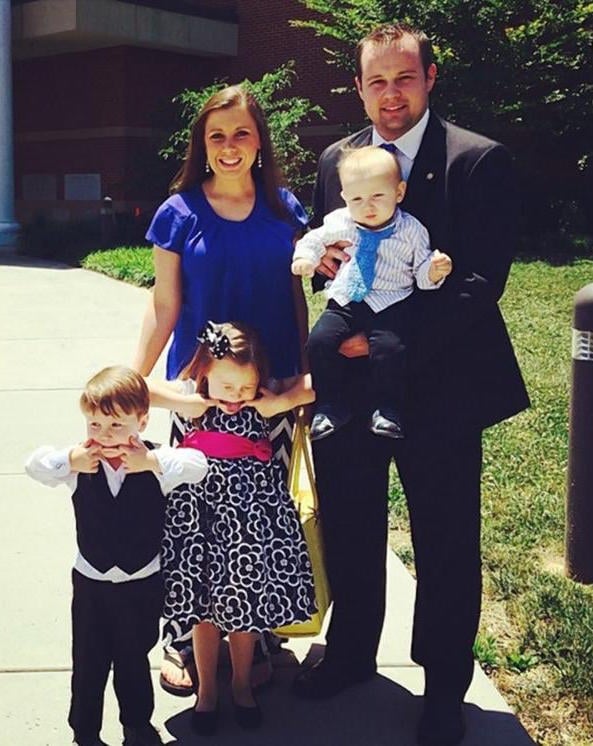