Now that Kate Beckinsale is after Pete Davidson’s dong, a number of people have mixed feelings.

Is this too soon for him? Does she have good intentions? Is this relationship any good for anyone involved? Fans can’t help but wonder.

Who better to judge the health of this relationship than Pete’s good friend, Machine Gun Kelly?

In addition to being an actor and rapper, Machine Gun Kelly is a personal friend of Pete Davidson’s.

It is very natural that Pete’s friends are looking out for him.

Pete, despite his youth and success both on and off Saturday Night Live, has not been so lucky in love.

He broke up with Cazzie David, hooked up with Ariana Grande, got engaged to Ariana, and then it all fell apart very publicly.

TMZ caught up with Machine Gun Kelly to get his opinion.

So what does he think of Pete’s newest romance?

When asked if he, like Pete, favors older women, he replies: "Hell yeah."

But it turns out that he was, at first, unsure — and knew that he owed it to Pete to decide if this romance would be good for him.

When asked if he had "given her the grill," which is not an outdoor cooking apparatus but rather an informal interrogation, he replied: "Yeah."

Machine Gun Kelly explains: "I had to figure it out."

But it didn’t take very long.

And his ultimate assessment was: “She’s rad."

So, Pete Davidson had a year of extremes in 2018 that ended with worries that he might take his own life.

Why are people worried now?

Well, Pete falls head over heels in love, as he has demonstrated in the past.

He has a lot of fans who care about his emotional well being and who don’t want to see him hurt again.

And then there’s the ageism factor.

Calling Kate an "older woman" just doesn’t feel right, even if, in a literal sense relative to Pete, it’s true.

(But then, Ariana has a few months on him, so she was also an "older woman")

Some people are concerned that she is taking advantage of Pete, even though he broke up with Ariana months ago.

Pete is also, with or without mental illness, a grown man.

He deserves to be treated with respect like a real person with agency — because he is.

He can make his own decisions, even if they don’t always work out in his favor.

Pete and Ariana started dating right after they both got out of very serious, long-term relationships.

Then, they got engaged within a matter of weeks.

They spent months in the spotlight. The only couple with more attention on them last summer involved a literal prince.

What ultimately lead to their breakup was the sudden death of Ariana’s ex making her reevaluate things.

That is normal. That is healthy.

It’s a shame that things fizzled out between them, but now they’re moving on with their lives — in different directions.

For what it’s worth, Ariana has given Pete and Kate’s relationship her blessing. She doesn’t consider her ex somehow off-limits.

She wants him to be happy. Obviously. 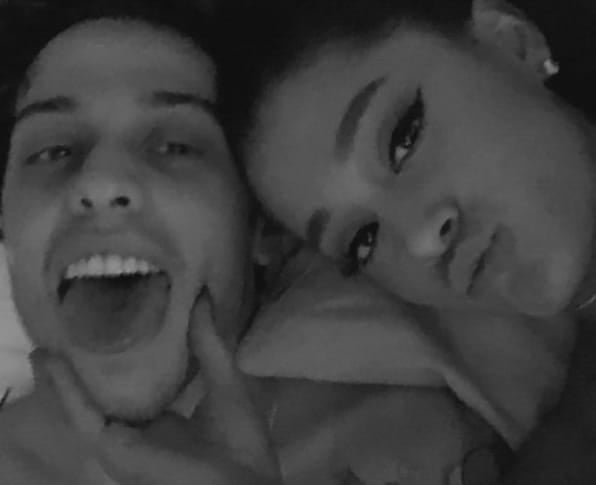